They may not be all that popular any more, but MPVs are still the most practical option for transporting lots of passengers in comfort.

Save money on a new Ford Galaxy with What Car? >> 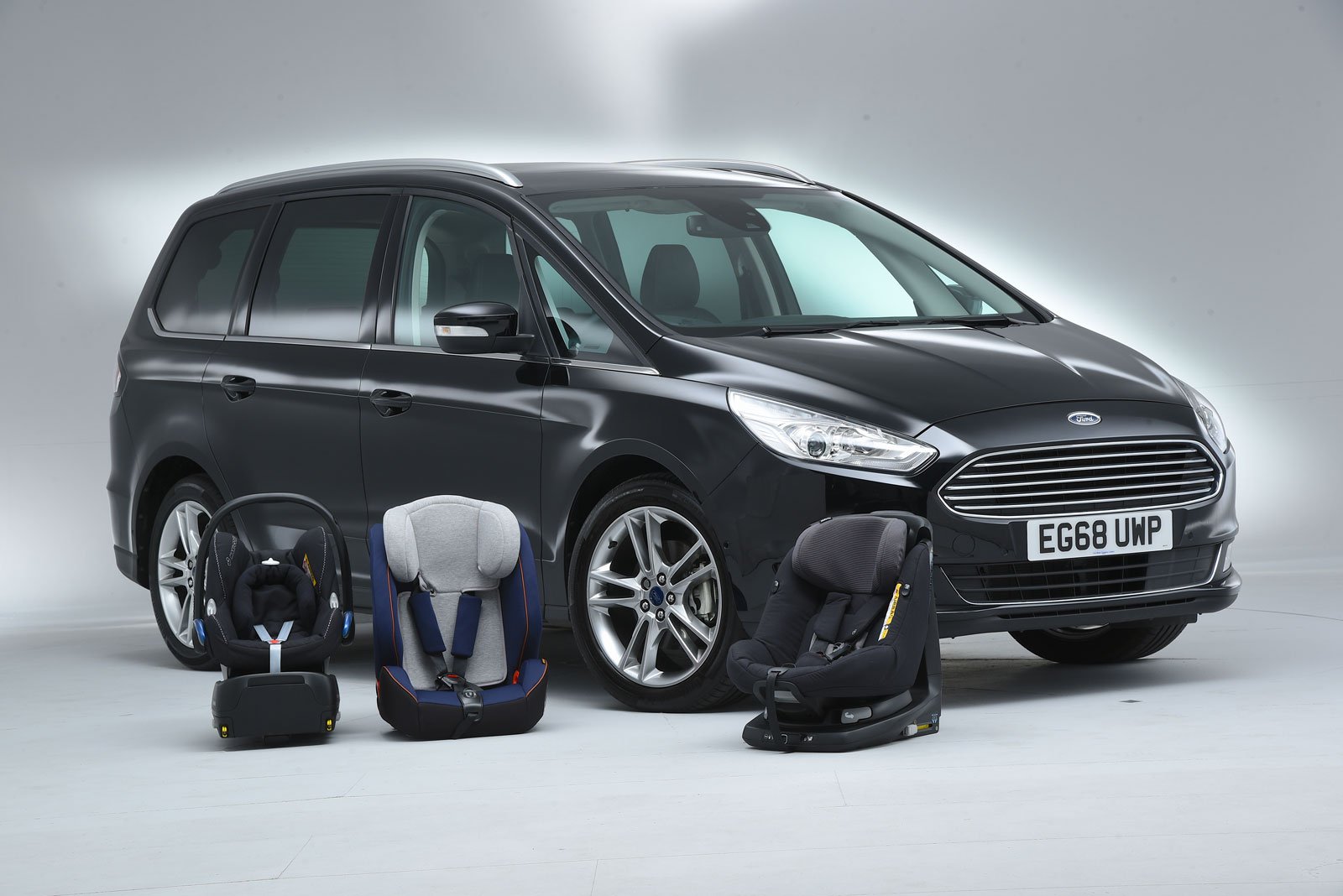 A stalwart of MPVs, the Galaxy has seven separate seats with sizeable gaps between those in the second and third rows, making it easy to fit and remove child car seats.

With three Isofix points in the second row, we managed to fit all three of our seats in with ease. The sliding seats give good access to the rear. Although there are no Isofix mounts in the back, seatbelt-secured seats can be used, and there’s room to fit one seat behind another. There are also top tether points for all five rear seats. 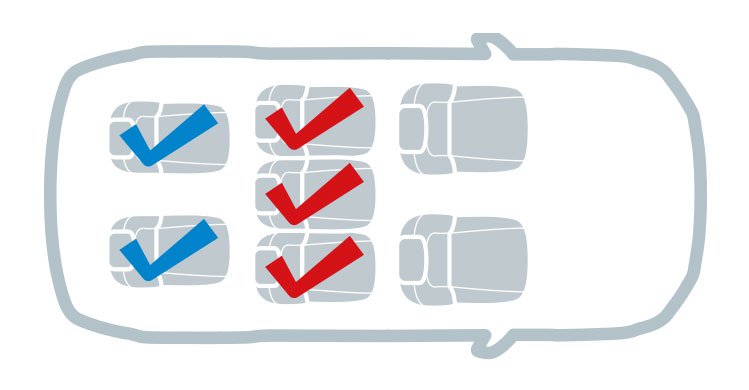 Save money on a new Seat Alhambra with What Car? >> 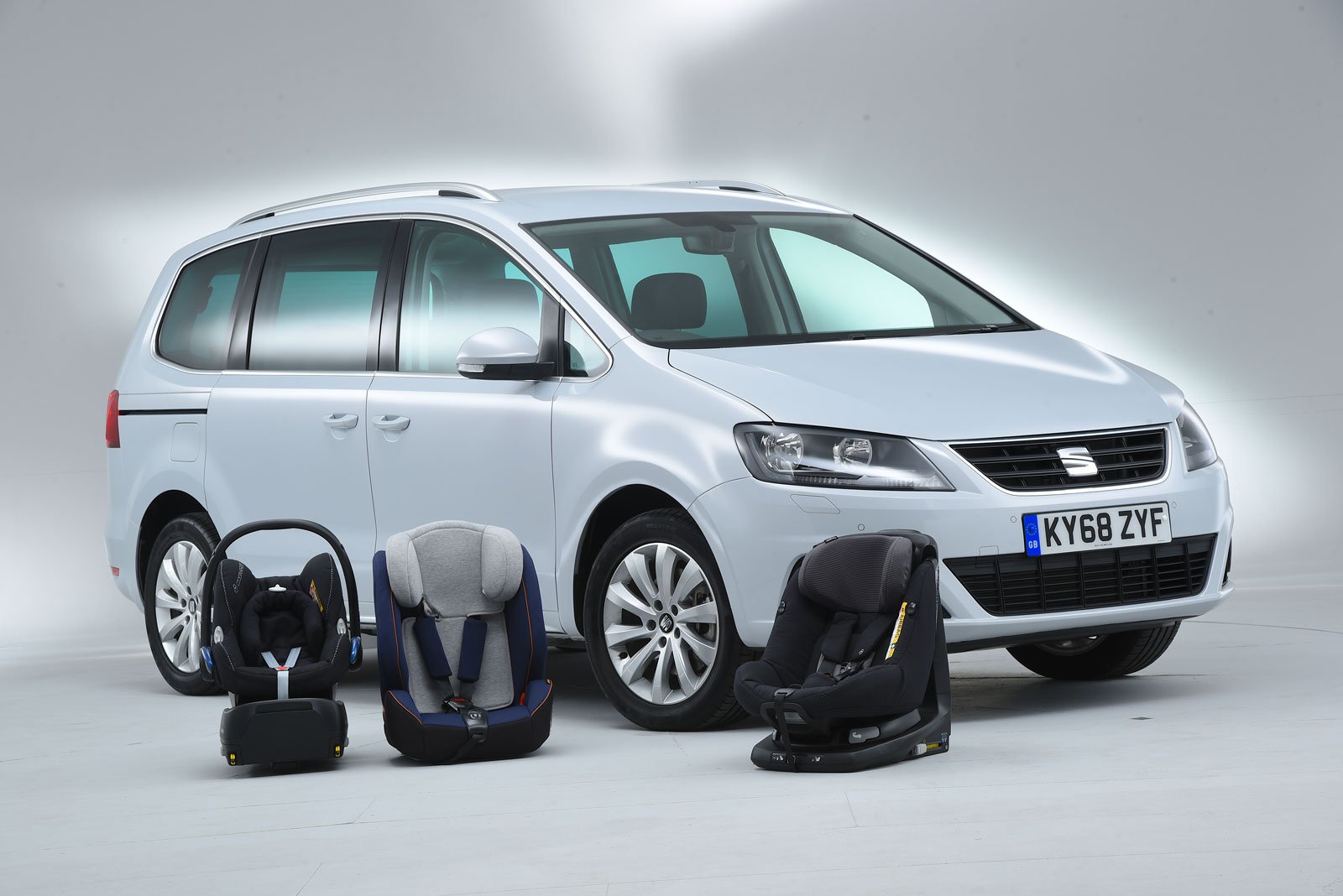 The Alhambra is even more practical than the Galaxy, with seven full-size seats with Isofix mounts and top tether points on the rear five. We were easily able to t all three child seats onto the second row and had enough leg room to put one seat in front of another in the second and third rows.

The sliding side doors provide great access to the second row, and the outer seats can be tipped forwards into the footwell, so there’s plenty of space to get children and seats into the third row. 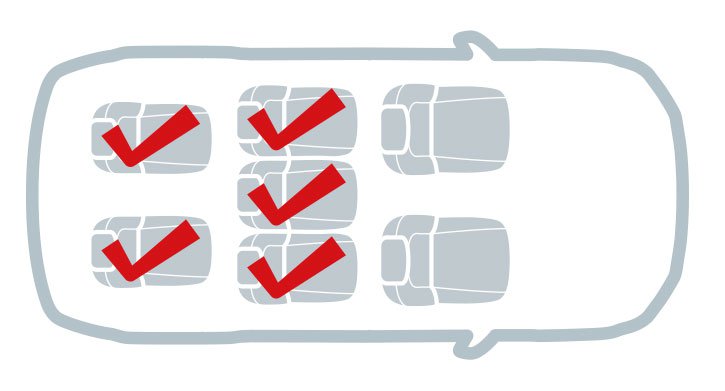 Save money on a new Vauxhall Combo Life with What Car? >> 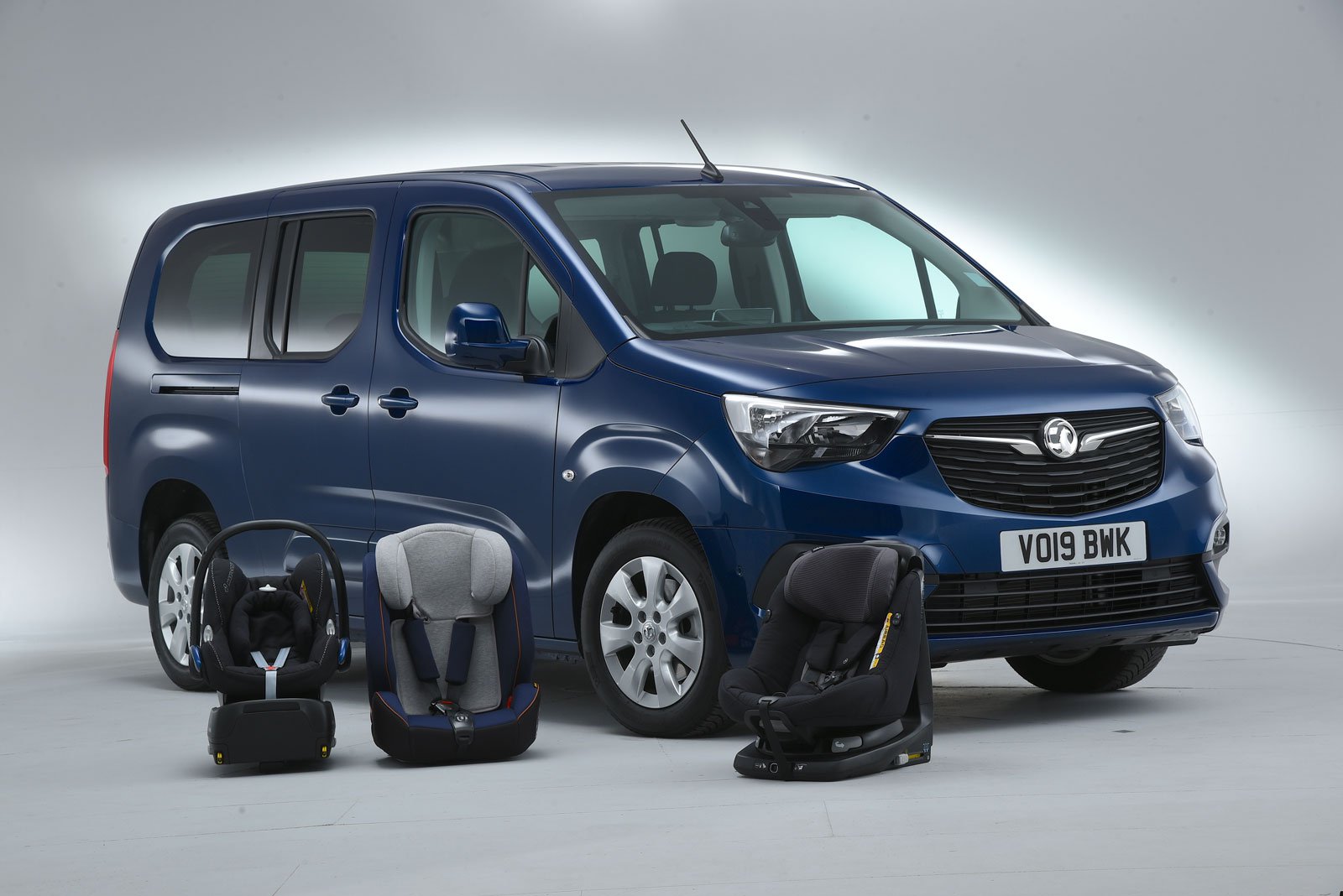 This MPV has five separate rear seats and plenty of room for people. Each middle-row seat has Isofix mounts and could take all of our child seats. However, Euro NCAP says child seats can’t be used in the third row.

Although the second-row seats slide, they don’t fold up as well as other MPVs’, so it’s easier to access the third row via the boot. The sliding doors need a bit of force, but they give great access to the second row.

All of the above also applies to the super-similar Citroën Berlingo and Peugeot Rifter. 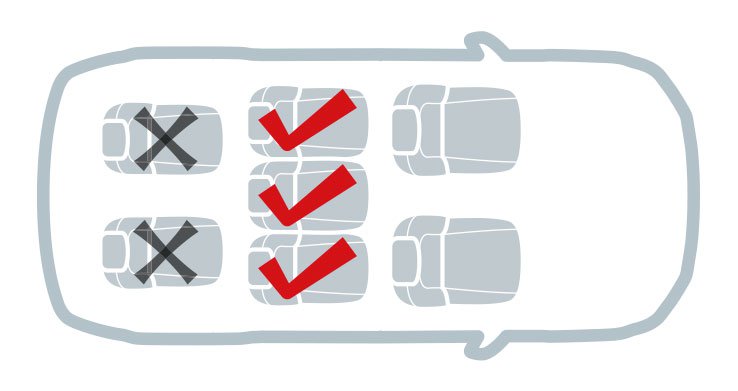 Save money on a new Volkswagen Touran with What Car? >> 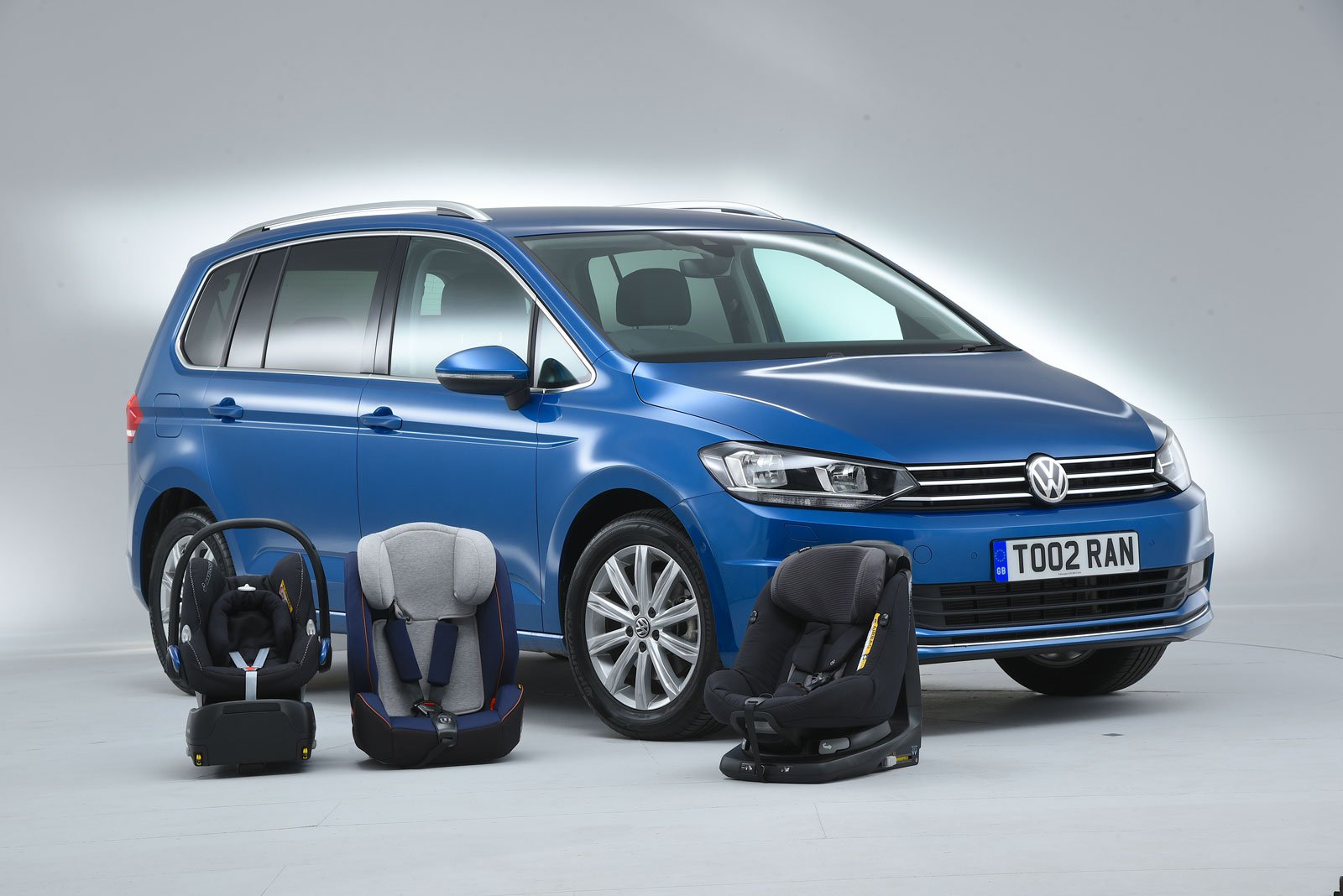 The Touran has a Tardis-like ability to accommodate passengers and their clutter. All five of its individual rear seats have Isofix mounts and top tether points and we were able to fit our three child seats into every one of them. The second row was wide enough for all three seats and there was also enough leg room to fit seats behind each other if required.

The Touran’s second-row seats slide forwards and flip upwards, leaving enough space to get to the third row. 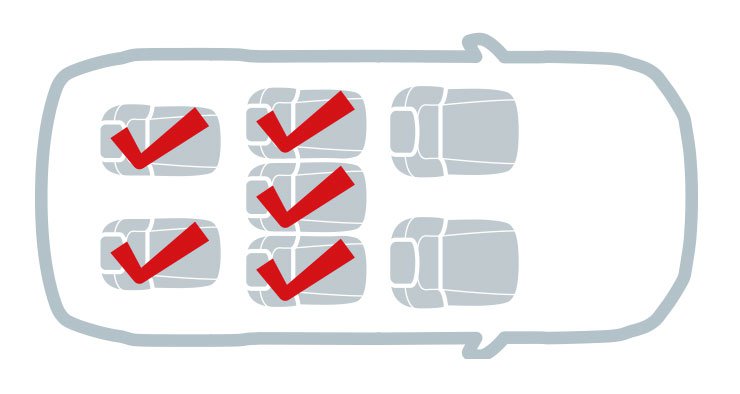 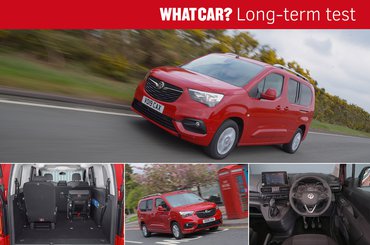 Could Vauxhall’s van-based people carrier be the perfect lifestyle vehicle? We’ve got three months to find out