Home
Advice
Should we buy a Kia Picanto or a Hyundai i10?
advice

Should we buy a Kia Picanto or a Hyundai i10?

A reader wants a peppy city car for his wife and asks whether the Kia Picanto or Hyundai i10 would suit them better...

I very much enjoyed reading your online review of the new Hyundai i10. I am considering buying the 1.2 SE Connect version, but I’m concerned about the engine not pulling well below 2000rpm. I am also considering the Kia Picanto 1.25i 3 and wonder if this engine has the same problem?

Your tester noted that the Picanto feels more responsive than the i10, and I suspect that is due to Hyundai raising the gearing by 7% on the i10. I have also read that the clutch can have a narrow biting point on the Hyundai. 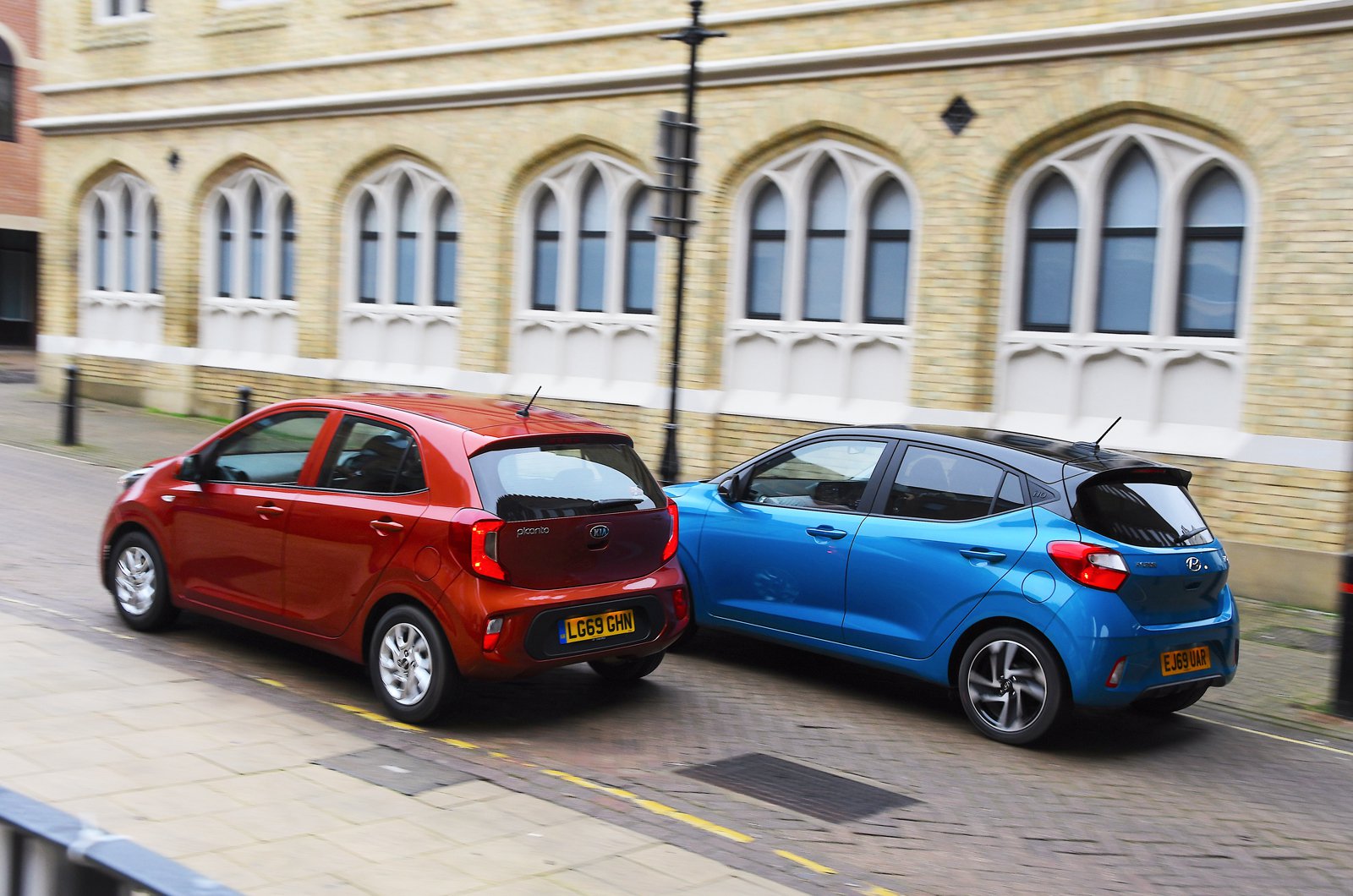 So, although these two cars basically use the same 1.25 engine, do they have the same traits or not? Because this is a city car for my wife, a smooth clutch bite and a good throttle response from low revs are what we would prefer.

The Kia Picanto was crowned our Value Car of the Year earlier this year, because it has a smart interior, tidy handling and, if you pick the 1.25 MPi 83 engine, decent performance and economy. We also highly rate the infotainment system that comes as standard with the 3 trim level you are considering.

However, the new Hyundai i10 arrived and knocked the Picanto off the top spot, because it is far more refined than the Picanto, with levels of ride and quietness you’d only expect from a larger, more expensive car. It also has a smart-looking interior and great infotainment system.

Although both cars have similar engines, the Picanto's is slightly larger, and their performance does differ. In general, the i10 feels less punchy at low revs than the Picanto, which pulls far more effectively when you put your foot down at low revs.

That extra oomph is not only useful for nipping around town but also makes all the difference at motorway speeds. The i10's acceleration is acceptable, but you need to work its engine and gearbox harder, making it more taxing to drive. Our road testers also found the i10 more prone to feeling like it's going to stall when you’re pulling away because the engine lacks low-down power.

However, the Picanto's engine is noisier and the car is more prone to wind and road noise than the Hyundai. And the Picanto shudders more over potholes and is less composed at motorway speeds than the i10.

It's also worth noting that Kia is about to discontinue the 1.25-litre engine, so if you do decide to buy a Picanto with it, you'll be limited to cars that are in stock at dealerships.

We’d recommend that you and your wife test drive both cars so you can decide for yourselves which suits her best. It may be that she prefers the better handling and quieter interior that make the i10 the best all-round value car according to our road testers.

Next: Read our twin test of the Kia Picanto vs the Hyundai i10 >>