What's the best hybrid SUV for an older driver?

A tall driver in his 70s asks which large hybrid SUV he should buy to replace his ageing Kia Sportage...

I would appreciate any advice you can give me on which new car to buy. I will be buying with cash and don’t want to pay more than £30,000.

My current car is a 2011 Kia Sportage 2.0 petrol AWD with an automatic gearbox. It was chosen because my wife can only drive an automatic and we need a four-wheel drive vehicle because we live in the countryside in the Scottish Borders and do experience severe winter weather.

I also suffer with a bad back, and being 6ft 4in tall I require a car that’s easy to step in and out of. I chose a petrol model because I have an ingrained dislike of diesel.

I shall soon be 74 years old and I feel that my next car purchase will probably be my last, but I am confused about whether to stick with petrol or switch to some sort of hybrid, which would be better for the environment and cheaper to run.

The furthest I travel regularly is from the south of Edinburgh to Colchester, and I wouldn't want a car that I’d have to stop to plug in halfway down a motorway. Therefore the idea of a "self-charging" hybrid 4x4 is appealing. Are there any models on sale that match my requirements?

Diesel cars aren't for everybody, but it's worth bearing in mind that they're still generally the most economical choice for those who make frequent long journeys. Their advantage evaporates around town and where short journeys are the norm, though, and hybrids make much more sense if you spend a lot of time in slow-moving traffic

A plug-in hybrid wouldn’t suit your needs. Fully their electric range of these are typically only around 20 to 30 miles, and when the batteries are depleted, their fuel efficiency drops significantly to offer no advantage over a much cheaper regular petrol car. There aren’t any pure electric cars that can make the 400-mile trip from Edinburgh to Colchester without needing to be charged up at least once, either. So a conventional hybrid looks to be the best option for your circumstances.

There are currently two large hybrid SUVs in your price range: the Honda CR-V and Toyota RAV4. The CR-V is roomy and has a comfortable driving position, but it’s not as economical as the RAV4 and its emissions are higher. If you’re looking for a greener alternative to a conventional petrol model, the Toyota is a better choice than the Honda.

The RAV4 comes in two and four-wheel drive form, and the former emits only 103g/km of CO2 and achieved an impressive 49mpg in our TrueMPG tests, so it will be affordable to tax and to fill up. 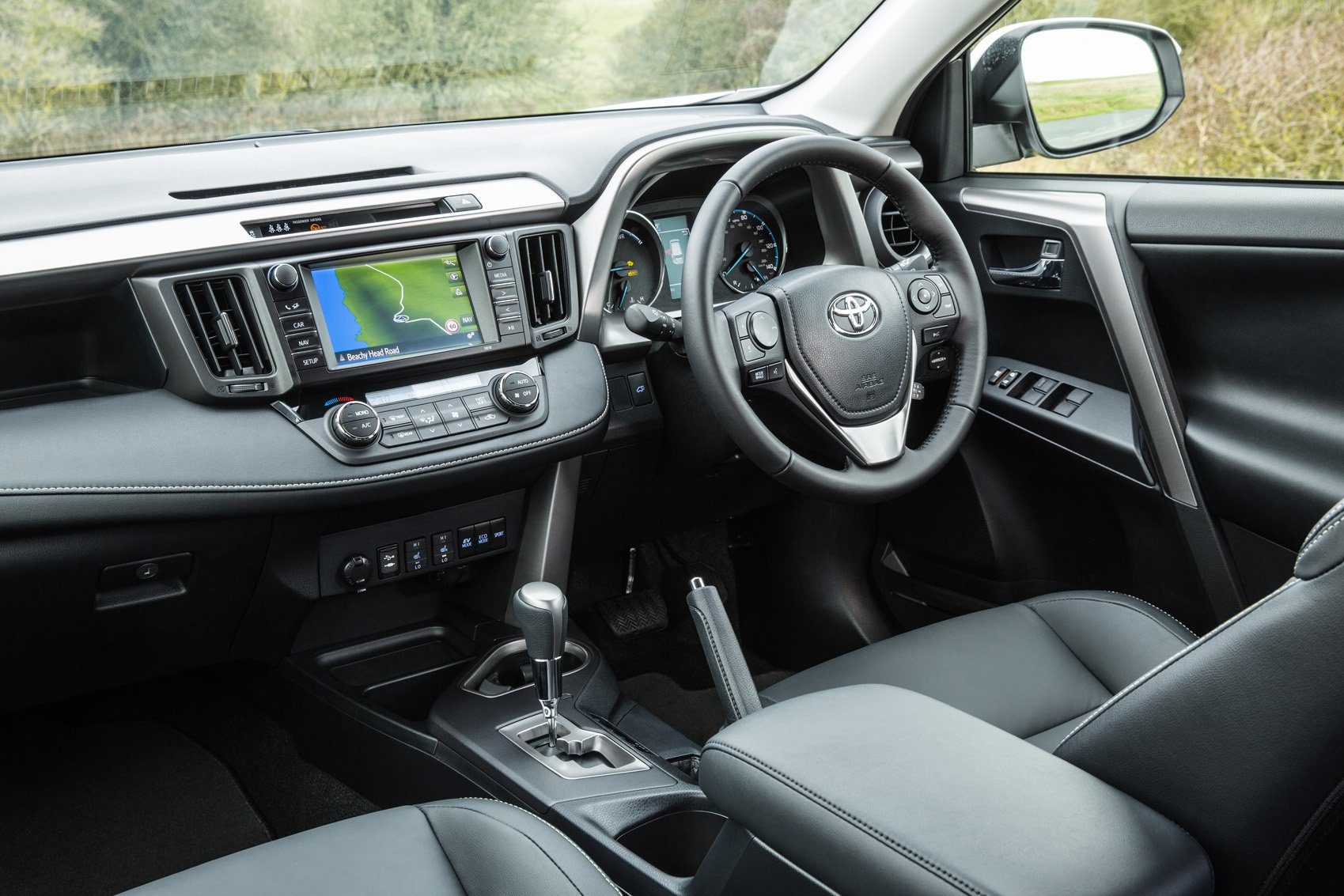 Like the CR-V, the RAV4 is spacious inside with tall doors and a high driving position so it should be easy for you to get in and out of. It also has an automatic gearbox and a 2.5-litre petrol engine assisted by an electric motor.

Prices for the RAV4 start at just under £30,000 and you should be able to get a discount of at least £1000 off the list price if you buy a car from the New Car Buying section of our website. That should help to keep costs down if you decide to go for a pricier four-wheel drive version.

Until recently, if you wanted an SUV, it was almost always best to go for a diesel engine. However, changes to the tax system, combined with improvements in hybrid technology, mean cars that mix petrol and electric power are now great for your wallet as well as your conscience. Here we count down our current top 10. The Toyota C-HR is comfortable, fun to drive and well equipped, plus it makes a lot of sense for company car drivers. It's just a shame the rear seats are cramped and the infotainment system is one of the worst around. 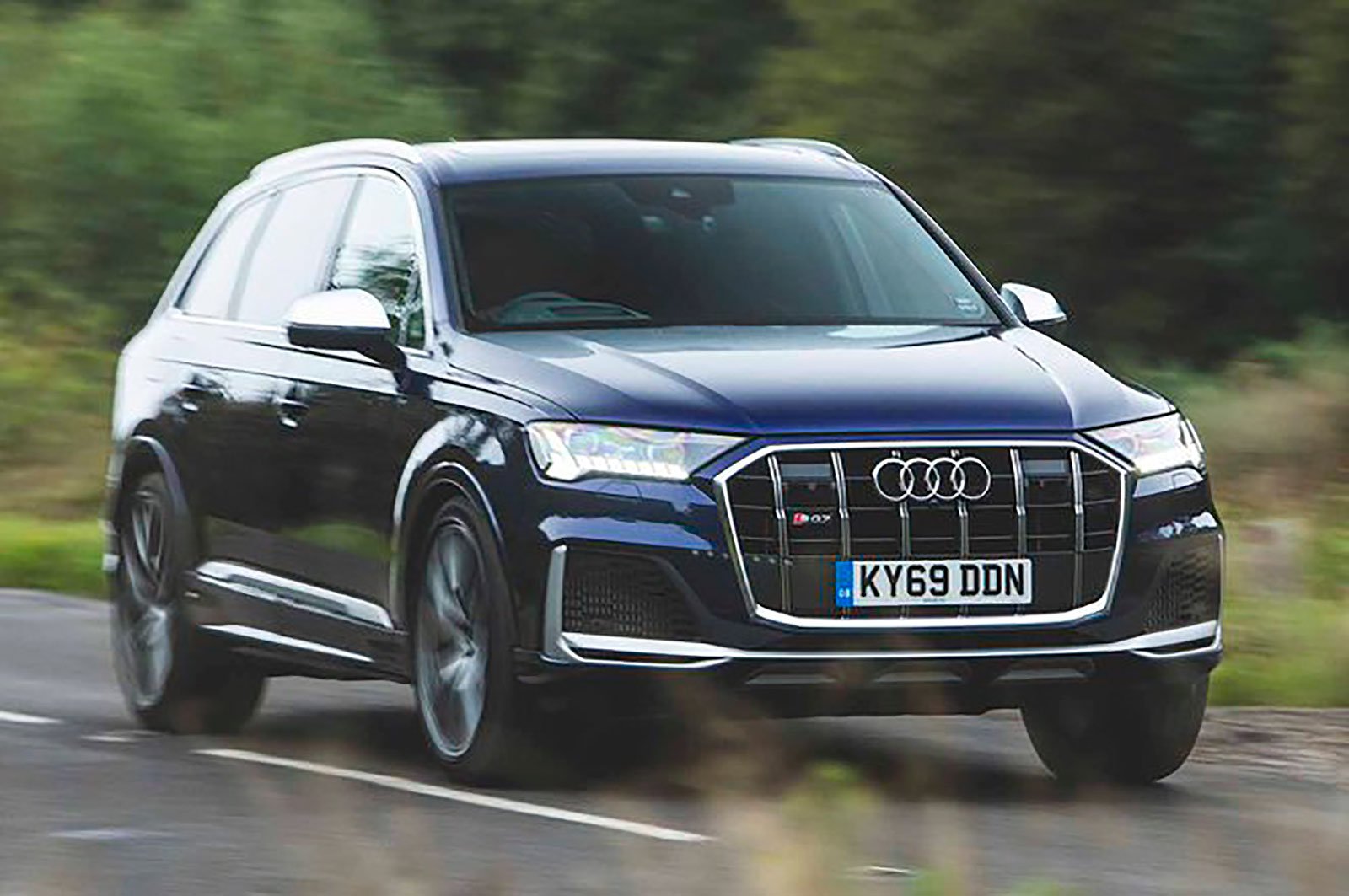 This version of the Audi Q7 is cheap to run if you charge it regularly, thank to its ability to run exclusively on electric power for 25 miles. Plus, it's incredibly quiet, even when the engine is on, and the interior is beautifully built. It costs a lot more than the diesel Q7 to buy, though, and is less practical because the batteries take the place of the third-row seats.

Next: More of our top hybrid SUVs >