Home
Advice
Why don't you rate the BMW 4 Series Gran Coupe as highly as before?
advice

A reader is interested in buying a BMW 4 Series Gran Coupe and wonders why our rating of it recently changed...

I'm thinking of buying a BMW 4 Series and am confused about the differences in the ratings you've given this car over the past year.

Last year, your new car review gave the 4 Series four stars, and it gained a Used Car Award. However, this year it has only three stars and doesn't get a mention in the Used Car Awards. How can a car fall so quickly out of favour?

Also, the BMW 3 Series Touring used to get five stars but now gets four, and it also doesn't get a mention in the Awards.

It's true that the BMW 4 Series Gran Coupé has been demoted from four stars to three in the new car reviews, this being mostly because of the increasing amount of superior opposition, including the new BMW 3 Series, the updated Audi A4 and the Skoda Superb, all of which we now rate more highly.

However, in our used review, we actually still rate the 4 Series at four stars. However, in the 2020 Used Car Awards, it was beaten on value in the 'up to £18,000' and 'up to £25,000' price categories by the A4 and the Volkswagen Arteon respectively, both of which you can now buy newer for the same money.

Meanwhile, the very latest 3 Series Touring is a four-star car but was too new to qualify for the Awards. 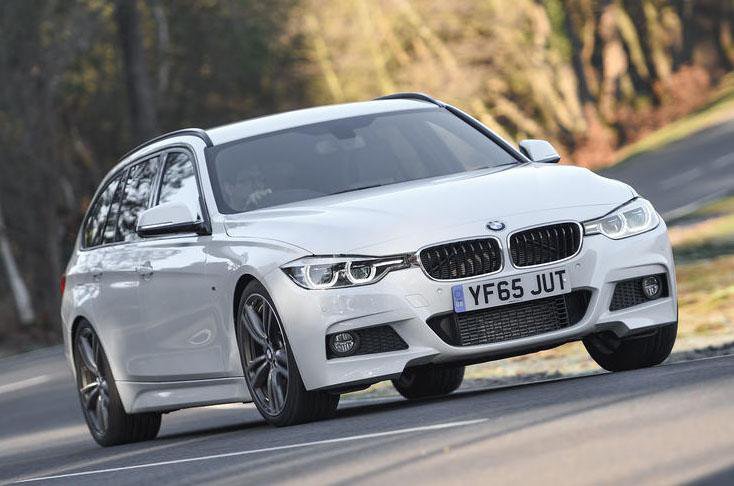 The old 3 Series Touring (2012-19) qualified, though, and it scores four stars as a used car. In the Awards, it was beaten by the Volkswagen Passat Estate, because you can get a newer example of that for the same money, and by the BMW 5 Series Touring of the same vintage, which is a larger and more refined car.

Best executive cars and the ones to avoid

A good executive saloon needs to combine two opposing qualities: luxury and affordability. The best have efficient engines that make them cheap to run as company cars. Yet they also have plush interiors and enough soundproofing to keep them quiet on the motorway.

Ideally, they should also offer a comfortable ride and be enjoyable to drive. Plus, they should have a user-friendly dashboard layout and come equipped with the latest infotainment and safety technology.

Here we count down our top 10 – and names the cars that are best to steer clear of. Taking on the big German brands in the executive car market is a big task, but Jaguar has made a good go of it with its junior saloon, the XE. It's offered with a strong range of engines and rewards keen drivers with excellent steering and sharp handling. It's let down a little when it comes to interior quality, but a generous equipment list should entice company car drivers. The C-Class is one of the three main choices when it comes to executive cars, the other two being the Audi A4 and BMW 3 Series – both of which feature further up this list. The C-Class does a lot well, too – it has a superb interior, most engines emit little CO2 and you get plenty of toys as standard. The entry-level C220d diesel makes the most financial sense and pulls strongly from low revs. The Arteon is a very stylish choice, mixing the practicality of an executive saloon with the svelte looks of a coupé. We like its strong range of engines, of which the mid-level 2.0-litre diesel is our recommended choice, as well as its huge boot and generous standard kit.

Next: more of the best executive cars >