Should I choose winter tyres?

Winter tyres work better than normal tyres when temperatures are below 7 degrees - offering more grip and stability when show and ice hits. But are they worth the extra cost?...

Generally speaking, British motorists haven't tended to go for winter tyres. A notion that British winters aren't harsh enough means that cars stay on the same rubber all year round. However, it's important to realise that winter tyres don't just work better on snow and ice, they also perform better than summer tyres on wet roads when the temperature falls below 7 degrees celsius - which means they're effective at certain times of the day - and night - from November through to around February.

What Car? tested winter tyres against summer tyres and the results could make you a winter-tyre convert.

When braking on snow, winter tyres stopped our test car in half the distance that summer tyres managed. A massive difference that could reduce accidents at junctions dramatically.

When braking on ice, the summer tyres needed an extra 6.5 metres to bring the car to a complete halt from just 12mph.

It's not just about stopping the car safely, it's also important that a tyre can provide sufficient grip for the car to pull away without its wheels spinning. Winter tyres also help in this area. In our tests, they handled nearly 2.5 times as much force than the summer tyres before losing traction. Find those figures confusing? Check out this video from our colleagues at Autocar, which illustrates the difference:

For all these reasons we’d urge drivers to consider swapping to winter tyres for the coldest months of the year – the six months recommended by many tyre manufacturers is sensible only in colder parts of the UK. Depending on the severity of the winter, drivers in more temperate regions – such as the south of England – may be better off on summer tyres for up to nine months of the year.

At an average of £500 for a set of winter tyres – plus storage costs during the summer if you don’t fancy the tyres eating up space in your garage – we recognise that they’re another hefty cost for Britain’s motorists. If you need them for only three or four months a year, though, you should get several seasons out of them. 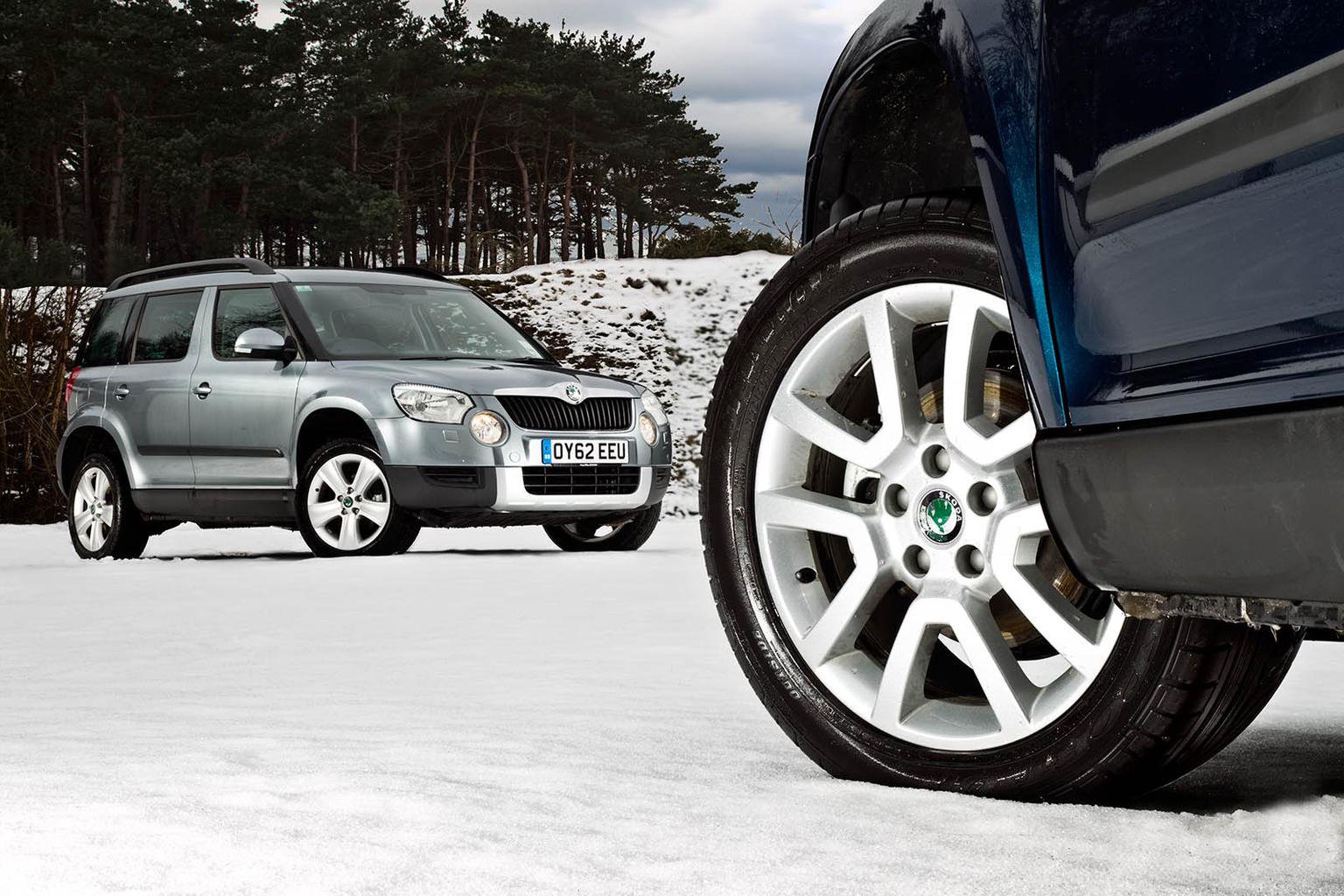 It's also worth mentioning that you need to tell your insurer of any modification you make to your car and that includes tyres. Since they're designed to make your car safer, it should have a positive impact on your insurance.

Given the safety benefits, it’s a price worth paying. A set of winter tyres could be the difference between life and death when it comes to driving this winter.

Next: How to drive in winter >