Should Skoda pay for an Octavia water pump that failed just out of warranty?

Reader's Octavia vRS suffers water pump failure just out of warranty, and he thinks Skoda should contribute to the cost of repairs...

I have a (just) four-year-old Skoda Octavia vRS, which I bought from a Skoda main dealer almost new as an ex-demonstrator. I keep it in top condition; it has a full service history from Skoda and has covered just 30,000 miles, most of them on the motorway.

A few months ago, I discovered that the car’s water pump was defective. It was replaced at a cost of £649, and when I contacted Skoda, it told me it wouldn’t contribute to the repair costs. My local dealership took £50 off the bill, but that was the only contribution made.

I carried out some online research and discovered that the problem of early water pump failure is a common one on the Octavia vRS, being reported by many owners.

So, I contacted Skoda again, because I felt that due to my car’s good condition and low mileage, it would be reasonable for the maker to contribute to the cost of replacing the part. However, I was told that no payment would be made because the fault had happened outside the new car warranty period.

Does What Car? think it’s reasonable that a water pump should fail within this timeframe? I have considered taking this to the Small Claims Court; do you think I have a case?

What Car? says…
Premature water pump failure does appear to be a common problem on the Skoda Octavia in general. It’s an issue that has been highlighted by owners in our annual Reliability Survey and we’ve seen reports of it on online forums, too.

Seeing as Paul’s car hasn’t done many miles and isn’t long out of warranty, we think it’s reasonable to ask Skoda to make a goodwill payment towards the cost of repairs. We therefore got in touch to see if it would be prepared to make a contribution.

Skoda looked into the case and told us that when Paul contacted customer services to say he didn’t think it was fair that he had received only a £50 discount from the dealer, he was offered a voucher for a free service. Their records show that he declined this offer.

However, Paul denied the offer was made, telling us he had no recollection of it and that he would have accepted. Acknowledging there had been a problem with communication between Paul and Skoda’s customer services team, we asked for details of the voucher and if it could still be provided.

Skoda confirmed that the offer was still on the table, and when told that Paul would like to take this up, it arranged for the voucher to be sent to him.

Best family cars and the ones to avoid

Many people who once would have chosen a traditional family hatchback are now buying SUVs and MPVs instead.

But what makes a good family car? Well, it has to be practical, cheap to run, good to drive, well equipped and good value for money; in other words, it needs to be good at everything. Here we count down the top 10 and reveal the models that are best to steer clear of.

In addition to the fully electric model, BMW offers a range-extender version with a two-cylinder petrol engine that acts as a generator to prevent the car's batteries from running flat. 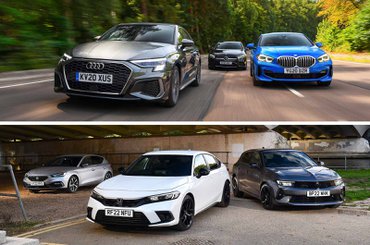