Which used Alfa Romeo GTV coupe should I buy?

The engine choice is between a four-cylinder 150bhp 2.0-litre and a 218bhp 3.0-litre V6, but the smaller engine is more common, and is our recommendation.

The 3.0 sounds great and is very quick, but the chassis struggles to handle the power. The 2.0, on the other hand, doesn't expose the car's limitations and, since it is the same engine you'll find in the 156 executive car and umpteen other Alfa Romeos, spare parts will be easier and cheaper to obtain.

There are just two trims, Turismo and Lusso. Both have twin front airbags, anti-lock brakes, air-con and alloy wheels. All have manual gearboxes, but Lusso models are worth hunting down for their leather seats.

Plenty of buyers imported GTVs from 1999-2002, when cars from abroad were far cheaper than cars from UK dealers. Check if you buy one of these, though, that it is as well equipped. If it isn't, it will be harder to resell later. 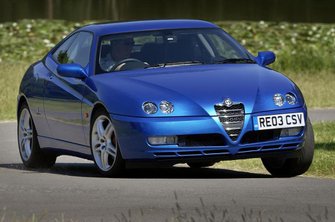