The 4.0-litre twin-turbo V8 engine you’ll find under the Aston Martin DBX’s vast bonnet produces 542bhp and 516 lb ft of shove, which is enough to propel 2.2 tonnes of DBX from a standstill to 62mph in just 4.5sec. It’ll carry on to 181mph if you can find a long enough stretch of (private) road.

The DBX707 version dials up the power to 697bhp with 663 lb ft, dragging the 0-62mph time down to a startling supercar-like 3.3sec. It also adds launch control, which will do its best to snap your neck muscles with an extraordinary, but controlled, take-off speed.

The nine-speed automatic gearbox is a bit of a weakness, though. When you want to make rapid progress, it doesn’t respond to manual paddle shifts anywhere near as immediately as the PDK auto 'box in the Porsche Cayenne.

It flicks between gears intelligently in auto mode, but they’re not the slickest changes and the DBX can be quite a tricky car to drive smoothly in stop-start traffic. There's also more road and wind noise than in the Bentayga on a motorway, despite Aston Martin fitting acoustic glass side windows.

What about the handling? Well, if you really up the pace, the naturally-weighted, linear steering comes into its own, offering you the confidence to place the DBX exactly where you want to on the road. The DBX707’s steering is slightly swifter to better harness that 29% extra power.

In the softest GT driving mode, there's some body lean, so if you want to delve deeper into the DBX’s dynamic reserves, it’s worth choosing Sport or Sport+. Sport+ is the most extreme mode, and when you select it, the air suspension hunkers down by 50mm (below the GT setting) and active anti-roll bars help to prop up the tall body as you corner.

Lots of rivals have active anti-roll bars too, including the Audi SQ8 and the Urus, and in those cars they help develop immense stability for maximum point-to-point pace. They do that to some extent in the DBX, but also provide an extra layer of driving involvement – something that’s missing from virtually all rivals, with the exception of the awesome Cayenne Turbo.

This is certainly no sports car, but it does a good impression of one by allowing skilled drivers to pivot the rear end around the front and produce graceful slides. It's somewhat less wieldy in an urban environment because of its pretty poor turning circle.

Is it a bit rubbish off road? No, not really. Along with the varied on-road driving modes, there are two off-road modes. They raise the air suspension by 45mm (above its GT mode default height) and transform the DBX into a surprisingly capable mud-plugger. It has enough ground clearance to tackle rough country trails and can even wade through half-a-metre deep water.

The standard four-wheel drive system and all-season tyres (winter tyres and performance tyres are also available) provide easily enough traction on steep muddy climbs, and the hill-descent control gets you back down again in a controlled fashion. 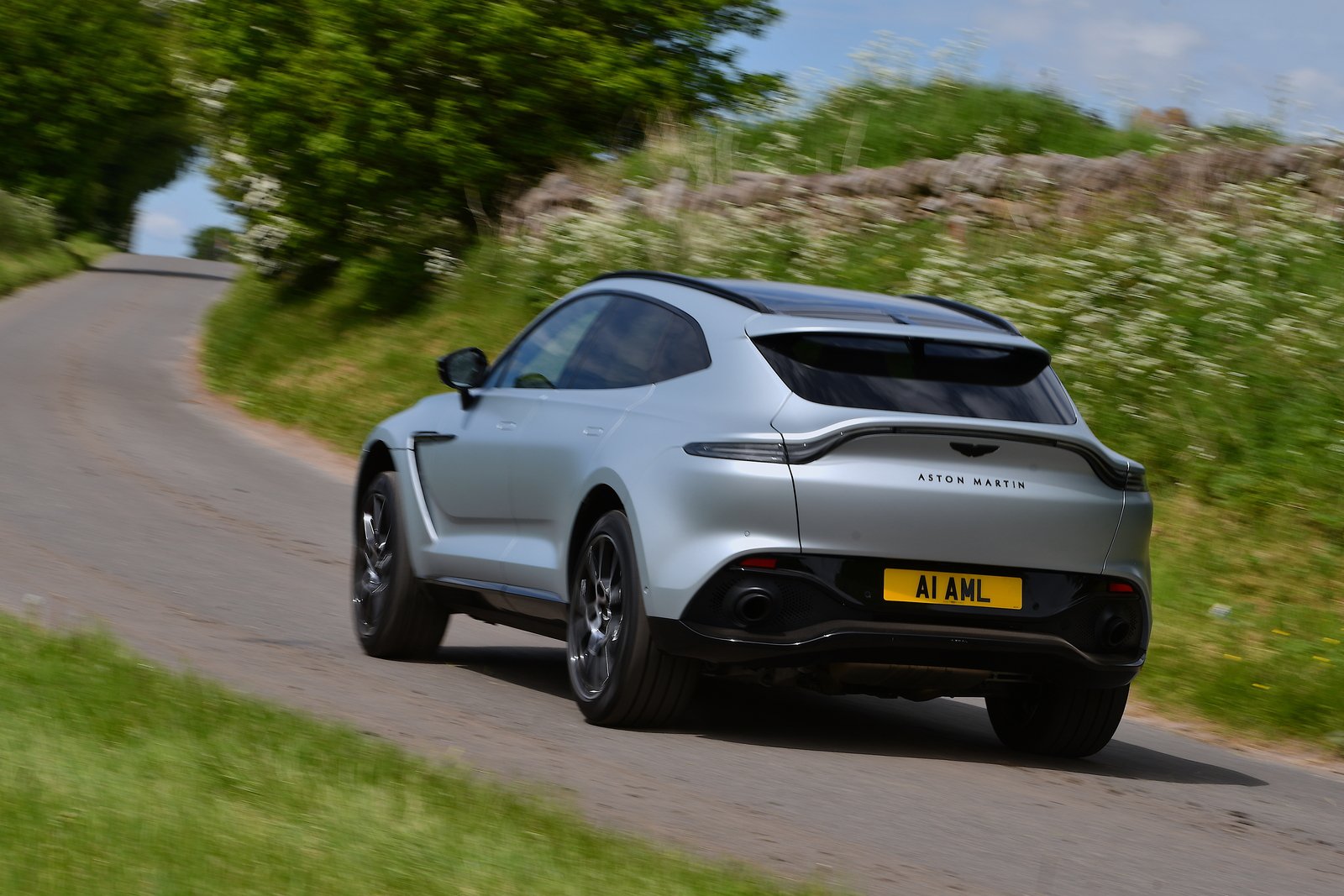