The Vanquish’s dashboard may have looked pretty swish back when it was launched, but it’s looking seriously dated now. That said, you can’t argue with the richness of the materials inside: there’s barely any plastic on show and plenty of rich leather, metal and carbonfibre. In fact, for perceived quality just the flimsy-sounding indicator and wiper stalks detract from the plushness.

There’s plenty of adjustment to the standard electrically operated seats and a good range of movement for the steering wheel. The seats don’t offer much side support considering the Vanquish’s performance intentions, and they’re mounted relatively high too, so taller drivers find their heads not far from the roof lining. It’s worth noting that the doors swing slightly upwards as they open, allowing them to clear high curbs and other raised objects.

Unusually, the gearbox is controlled by a set of glass buttons on the dashboard although you do get more conventional paddle shifters behind the steering wheel. Aston has replaced many other buttons with touch sensitive panels that don’t work okay, but do pick up fingerprints easily.

The infotainment screen pretty poor by £7k city car standards, so viewed in context against the Vanquish’s hefty price tag it’s woeful. The screen is small, as are the graphics, and while we normally like rotary dial controllers, as it’s placed vertically on the dashboard this one’s fiddly to use. You do get Apple CarPlay and Android Auto to mirror your smartphone’s home screen though the display, and of course a DAB radio Bluetooth.

At least the stereo itself is a powerful 1000-watt system by Bang & Olufsen, should you ever tire of the V12’s music. 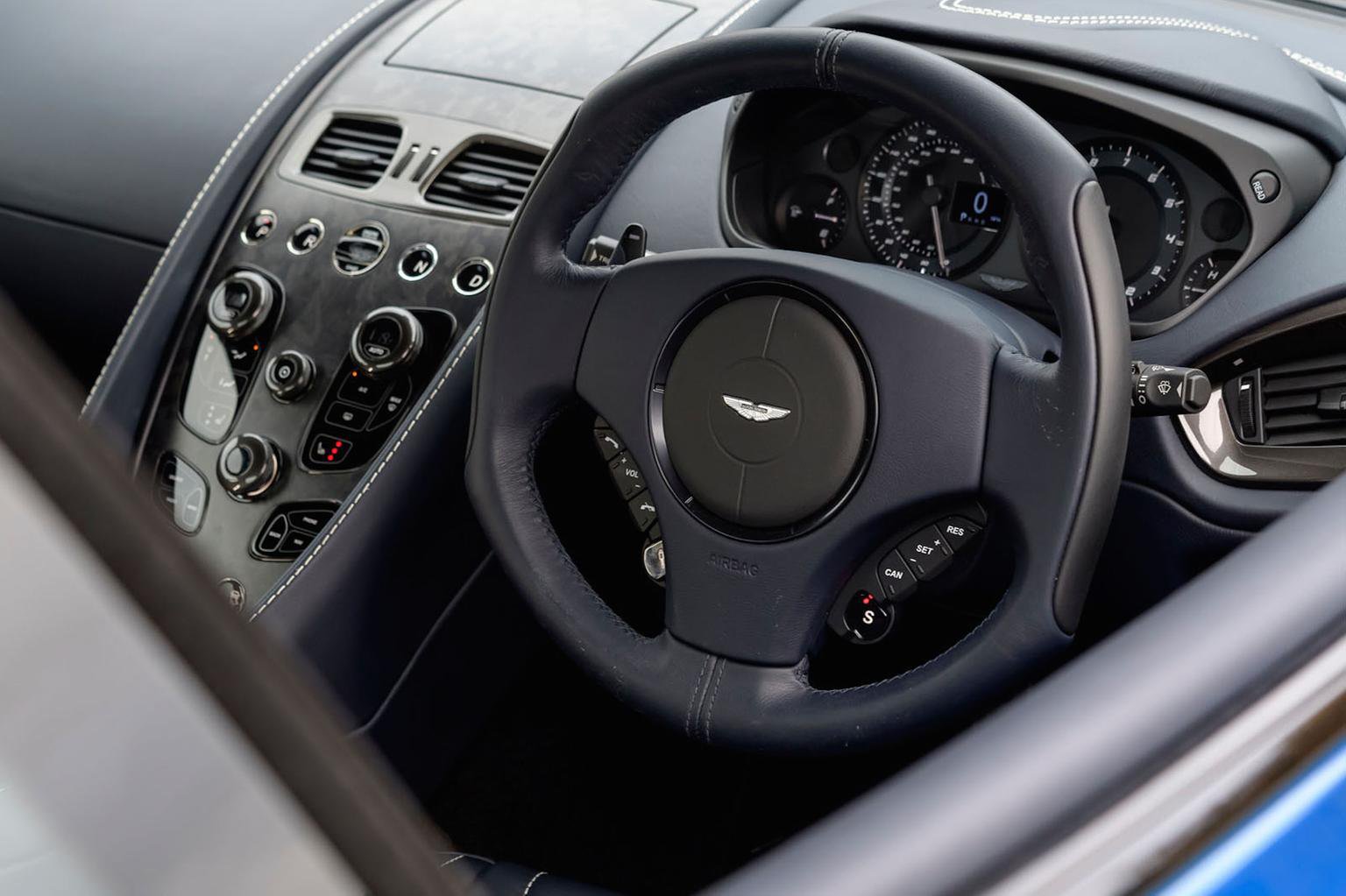