What alternatives should I consider to a used Audi A3 hatchback?

The family hatchback class is a crowded and hotly contested one, so there are many serious alternatives to the Audi A3.

The most obvious is the Volkswagen Golf. This is the archetypal small family car and long-term king of the hatchbacks. Because it shares most of its running gear with the A3, the Golf has the advantage of offering nearly everything the Audi does but at a slightly reduced premium. It also offers a similar range of engines and several trim levels to suit all tastes.

The Ford Focus has always impressed us for its practicality nearly as much as its driver appeal. The latest version, launched in 2018, is a real humdinger to drive, with eager handling and a fine ride. That said, the A3 (and indeed the Golf) are both nicer cars to be in.

Another small hatchback with a desirable badge is the BMW 1 Series. It’s certainly less practical than the A3, with limited rear room and a small boot, but the fact that it's rear-wheel-drive means it stands out in this class and will be more appealing to keen drivers.

Similarly, the previous-generation Mercedes-Benz A-Class is a premium hatchback, but one that's let down by its inferior driving dynamics, surprisingly poor refinement and relatively small interior. 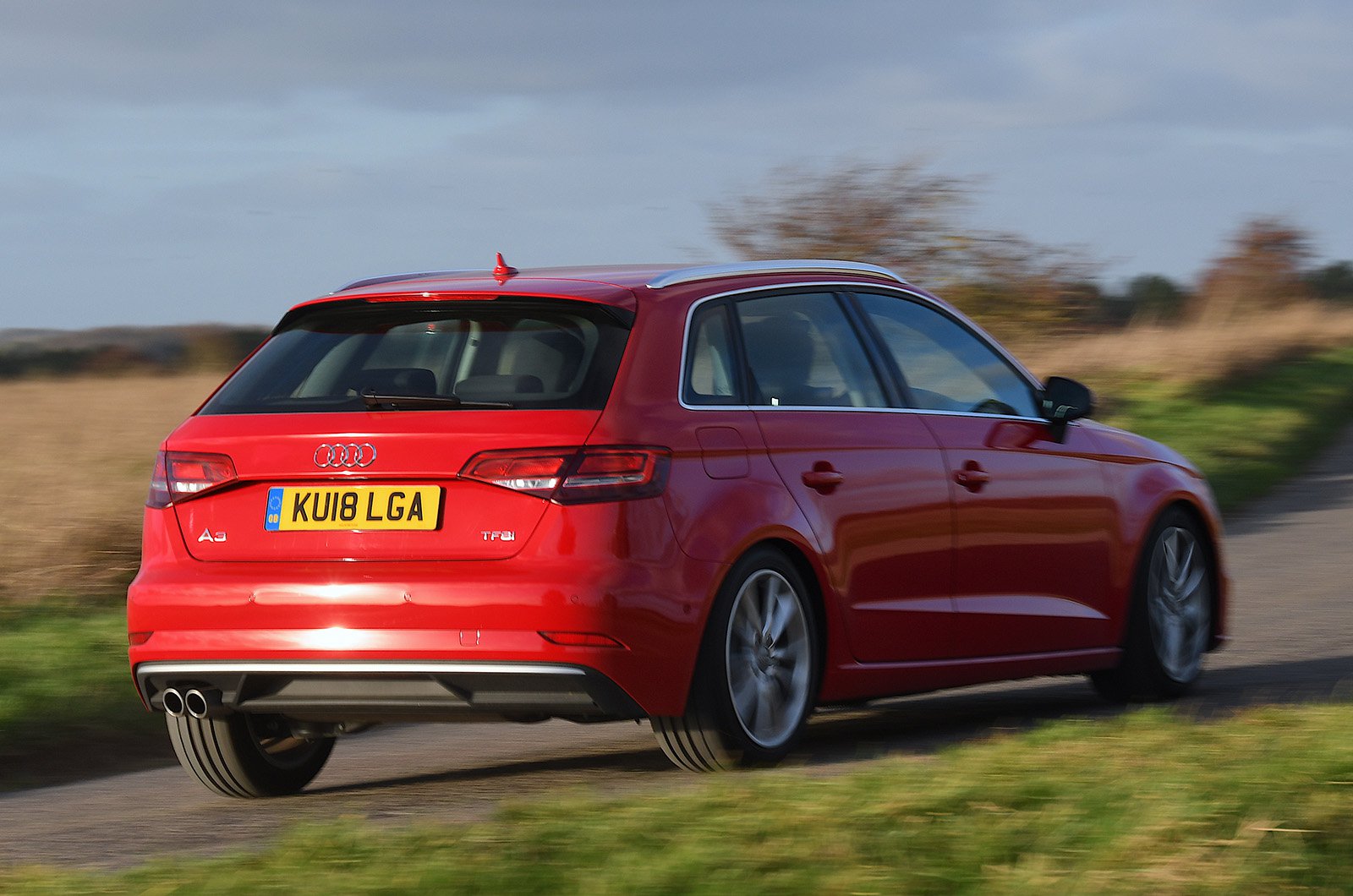