The best of the engines is the 1.5-litre turbocharged petrol, badged 35 TFSI. It pulls strongly from low engine speeds and feels brisk when revved hard. The 2.0-litre turbo 40 TFSI is gutsier still but we don't reckon it's worth the sizeable step up in price.

A six-speed manual gearbox is standard, with Audi’s automatic S tronic gearbox optional with most engines and standard with quattro four-wheel drive. The automatic offers super-fast shifts but is a little jerky at low speeds, particularly when parking.

There’s also an S3 version that has a 306bhp turbocharged petrol engine and four-wheel drive. It offers astonishing performance, with acceleration times that can rival a Porsche Boxster; but, for us, the calmer engines suit the A3 Cabriolet’s relaxed character much better.

The most comfortable A3 Cabriolets are those in Sport spec, which come with Dynamic suspension that blends good bump and pothole absorption with decent body control. S line trim has a lower Sport set-up that’s noticeably firmer at low speeds, with bumpiness that's compounded further when bigger wheels are fitted.

None of these firmer set-ups is unbearable, but the good news is that you can order the softer Dynamic suspension on S line trim – and doing so won’t cost you an extra penny. The S3 is even lower and stiffer than S line models, but comes with standard Adaptive Magnetic Ride dampers which actually provide quite a comfortable ride. This adaptive set-up is available on lesser models (apart from the 1.6-litre diesel), but we’d just stick with Dynamic suspension and save our money. 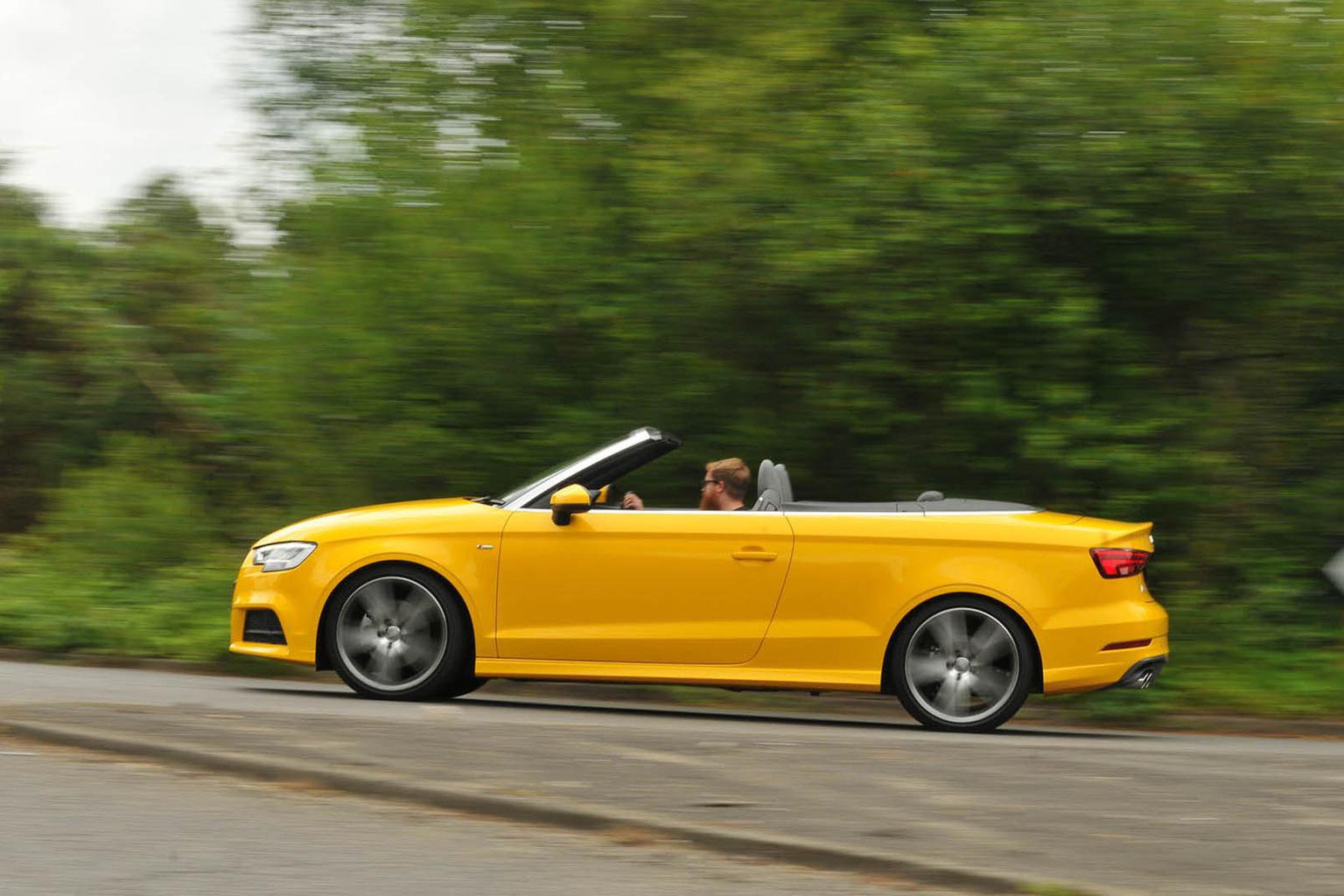 The A3 Cabriolet changes direction eagerly. Its steering is precise and gives you plenty of information about what’s going on between the wheels and the road, even though it’s not the most rewarding system we’ve ever tried.

The car has plenty of grip for those twisting country B-roads and allows you to press on if you so desire. Fortunately, there isn’t too much body roll, even when you choose the standard Sport suspension over the more focused S line set-up.

Regardless of which suspension you go for, Audi offers an Adaptive Magnetic Ride system as an option, but the mix of comfort and body control is so good on the standard set-up that we really wouldn’t bother paying the extra.

With the roof down and the windows up, occupants in the front will be well protected from buffeting if they erect the rather inelegant wind deflector over the rear seats. It's a reasonably priced option, but can’t be fitted if there are people sitting in the back. Without it, things become a bit blowy for everyone.

all versions get an excellent acoustic hood installed as standard, which keeps occupants well isolated from outside noise with the roof up.

As for the engines, the 1.5 and 2.0 turbo petrols are particularly smooth and hushed, but even the diesels aren’t too vocal once you’re up to motorway speeds. The more modest 16in and 17in rims keep the noise to a minimum but the larger wheels introduce a bit more road rumble. The standard gearbox is a six-speed manual that has a slick, positive action, while the optional S tronic automatic gearbox can be jerky at low speeds.