There are three engines available for the Audi A4 Allroad, which is fewer than the Avant. All three are pretty powerful, and the entry-level 201bhp 2.0-litre 40 TDI diesel is our pick. It'll hit 0-62mph in just 7.3sec, but its real 'power' lies in its low-end gutsiness and flexibility, which means you'll rarely need to max it out, even if you're towing a heavy caravan.

Next up is the 50 TDI. It's a 3.0-litre, six-cylinder diesel with a pretty hefty 282bhp, which makes light work of heavy loads and will sprint from 0-62mph in a brisk 5.4sec. What about if you don't want to drive a diesel? Then there's the excellent 2.0-litre turbocharged 45 TFSI petrol. It's not quite as punchy low down but it's still got more than enough shove to ease you along in any circumstance and, with its ultimate 261bhp, it’ll dispatch 0-62mph in just 5.8sec.

All three engines (petrol or diesel) are smooth and quiet whether you're tickling them along in town or thrashing through the countryside. Indeed, the A4 Allroad's engines are among the smoothest out there. They're quieter than the equivalent Volvo V60 Cross Country or the four-cylinder engines in the BMW 3 Series Touring.

The standard automatic gearboxes change smoothly, too, although the seven-speed 'box in the 40 TDI and 45 TFSI can be jerky in stop/start traffic. At motorway speeds, the A4 Allroad is very good at isolating you from wind and road noise, although the latter increases with the addition of the bigger wheels and tyres that are fitted in top-spec Vorsprung trim.

The suspension is quiet and deals with lumps and bumps incredibly well. There's more wheel travel than a regular A4 Avant due to the increased ride height and the set-up feels slightly softer. The Allroad (with the standard suspension or the adaptive suspension fitted to the Vorsprung trim) pads gently over potholes and patched up Tarmac. At 70mph on a motorway, it's about as calm and cosseting as it gets this side of a limo. It's a great long-distance tourer – comfier than a V60, which itself isn't hard riding, calmer than a Mercedes C-Class Estate and softer than a BMW 3 Series Touring.

It doesn't handle like a 3 Series, though. It lacks the hyper-alert steering and tight body control that makes the BMW one of the best-handling estate cars going. Then again, the Audi A4 Allroad is nothing but surefooted, confidence-inspiring and very easy to thread through town or along winding roads. Thanks to its standard (quattro) four-wheel drive system and raised ride height, it'll get across muddy ground that would beach a 3 Series Touring, although it won't follow a Land Rover Discovery Sport up any mountains. 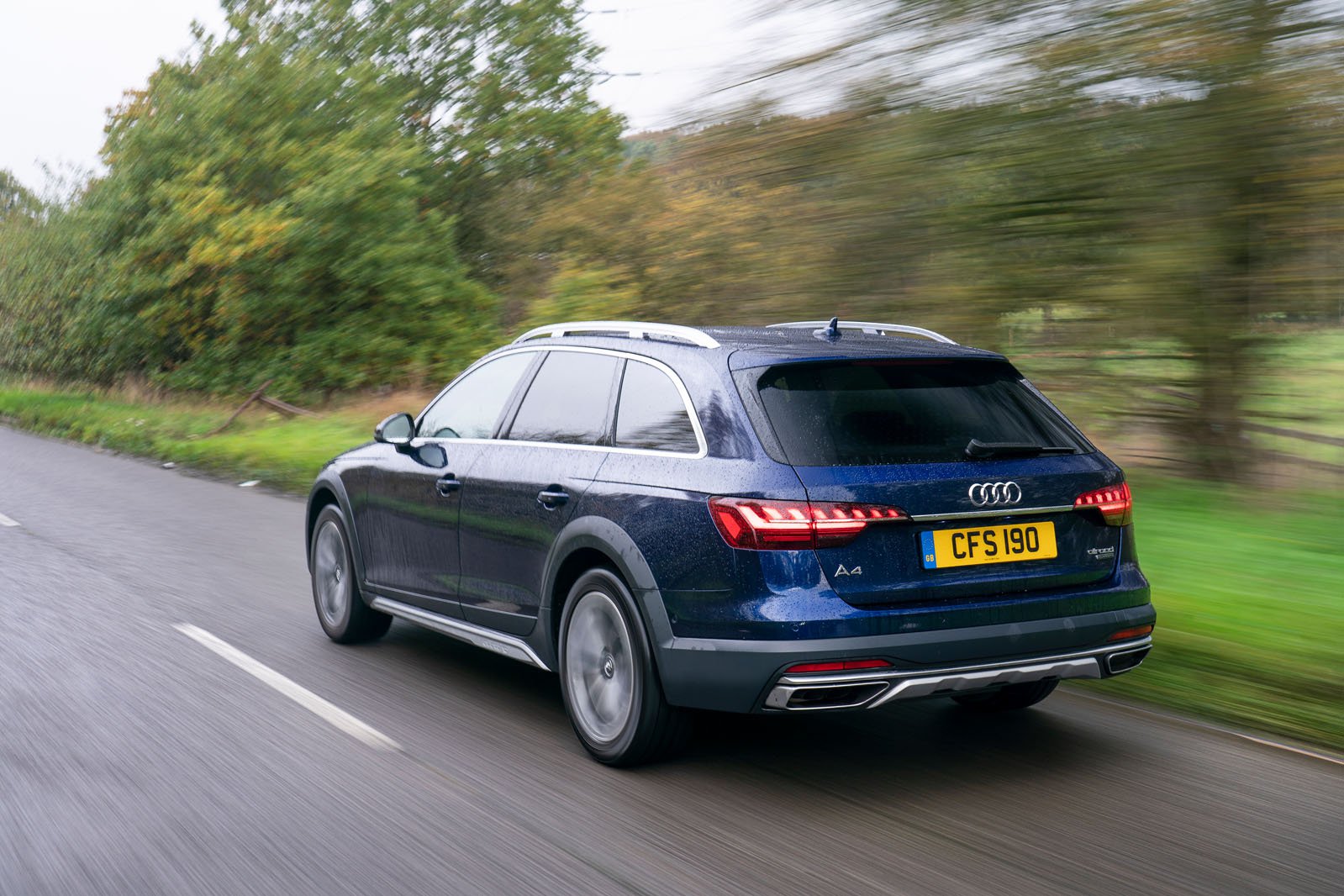