What should I look for in a used Audi A4 sports?

The hood looks to be very tough, but check it's perfect before you buy, because a replacement costs well into four figures.

Faults in the A4's cooling system and electrical malfunctions are among the car's commonest problems, according to the What Car? Reliability Index.

Air-con systems are vulnerable, too, so check that it blows cold. The 1.8 turbo petrol has had a history of ignition coil failure, leading to poor starting and misfires, but by now most will have had replacements that, touch wood, are pretty reliable. All four must be changed at once, mind, otherwise problems reoccur.

Check also that cabin trim is complete and undamaged, because even smallish repairs can cost several hundred pounds.

Despite its quality image, Audi is placed a fair way down the index's make-by-make ranking. That said, the A4's above-average placing in JD Power surveys shows that owners generally like what they drive.

What are the most common problems with a used Audi A4 sports?

Is a used Audi A4 sports reliable? 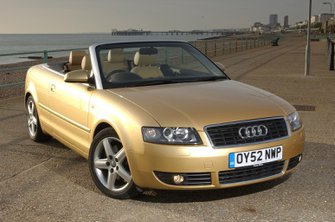