Neither driver nor front passenger will have much reason to complain about the amount of head, leg or shoulder room on offer in the A6 Allroad.

Unfortunately, the amount of in-car storage is less impressive; its door pockets and glovebox are on the small side, and, while it’s a nice touch, the lidded storage bin between the front seats is rather shallow.

There’s ample space for a couple of six-footers to sit behind two more in the front, with no danger of their knees pressing into the seatbacks or their heads touching the headliner. That said, the same is true of the A6 Allroad’s Volvo and Mercedes rivals.

However, all three share an Achilles' heel: a floor hump along the centre of the car. This makes the middle rear passenger’s life uncomfortable by robbing them of foot space. 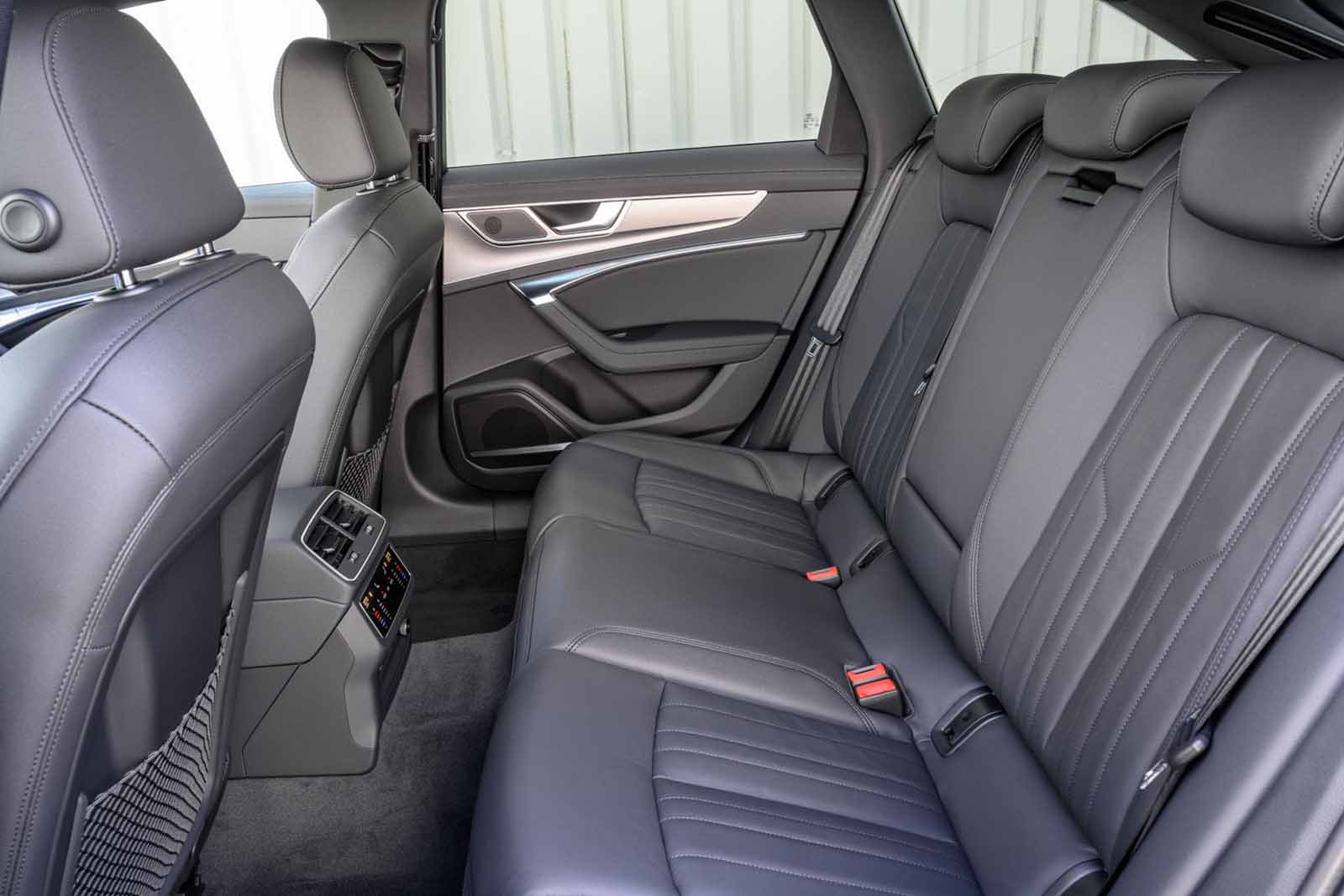 Handy electric release buttons just inside the tailgate let you fold down the rear seats without having to walk around to open the side doors – handy when you’re parked in a confined space. The seats lie at a slight angle when folded, but there’s no step in the floor level.

The seats fold in a 40/20/40 configuration, so you can carry long, thin items between two rear passengers. The V90 Cross Country, by contrast, has a less versatile 60/40 split.

The A6 Allroad’s boot is a usefully square shape that makes it easy to pack; it can swallow eight carry-on suitcases, with space left for a couple of soft bags. With a capacity of 565 litres, the A6 Allroad has a slightly bigger boot than the V90 Cross Country (560 litres), but it falls some way short of the E-Class All-Terrain (640 litres).

The tailgate and luggage cover open electrically on all models, and an optional sensor provides easy access when your hands are full; simply waggle your foot below the rear bumper and the tailgate swings open. There are rails in the floor so you can position the four lashing points where you want them, while a tensioning strap, a net and two hooks are included to help secure smaller items.