The entry-level 2.0-litre diesel Audi A6 (badged 40 TDI) is a tad slow off the mark, but only because its standard seven-speed dual-clutch automatic gearbox hesitates when you put your foot down. That's also why its 0-60mph time (8.3sec) is slower than those of the BMW 520d and Mercedes E220d. Once you're rolling and the gearbox has woken up, though, the A6 is plenty brisk enough and will outperform its rivals in a 30-70mph sprint.

If you want more poke, there’s the 3.0-litre V6 50 TDI diesel and the 55 TFSI petrol. These manage 0-62mph in 5.6sec and 5.3sec respectively, with the 50 TDI offering a bit more low-down urgency. That’s handy because the eight-speed automatic gearbox fitted to the diesel is a little hesitant to change down on the move and to get moving from a standstill.

Both of the non-adaptive setups deliver a supple enough ride over large bumps, such as sleeping policemen, but tend to thump over sharper-edged scars and potholes. The stiffer sports suspension tends to jostle you around a bit more at motorway speeds, but the difference isn't dramatic.

Those who regularly travel with the boot heavily loaded might be wise to consider 50 TDI or 55 TFSI Vorsprung trim for the air suspension it brings. This has a self-levelling function to prevent heavy loads from causing the car to sag on its rear wheels, and it's also the best version of the Audi A6 Avant when it comes to dealing with bumpy roads. Lesser Vorsprungs – TFSIe excepted, which gets fixed sports suspension – feature adaptive coil sprung suspension that does without self levelling but proves even comfier. 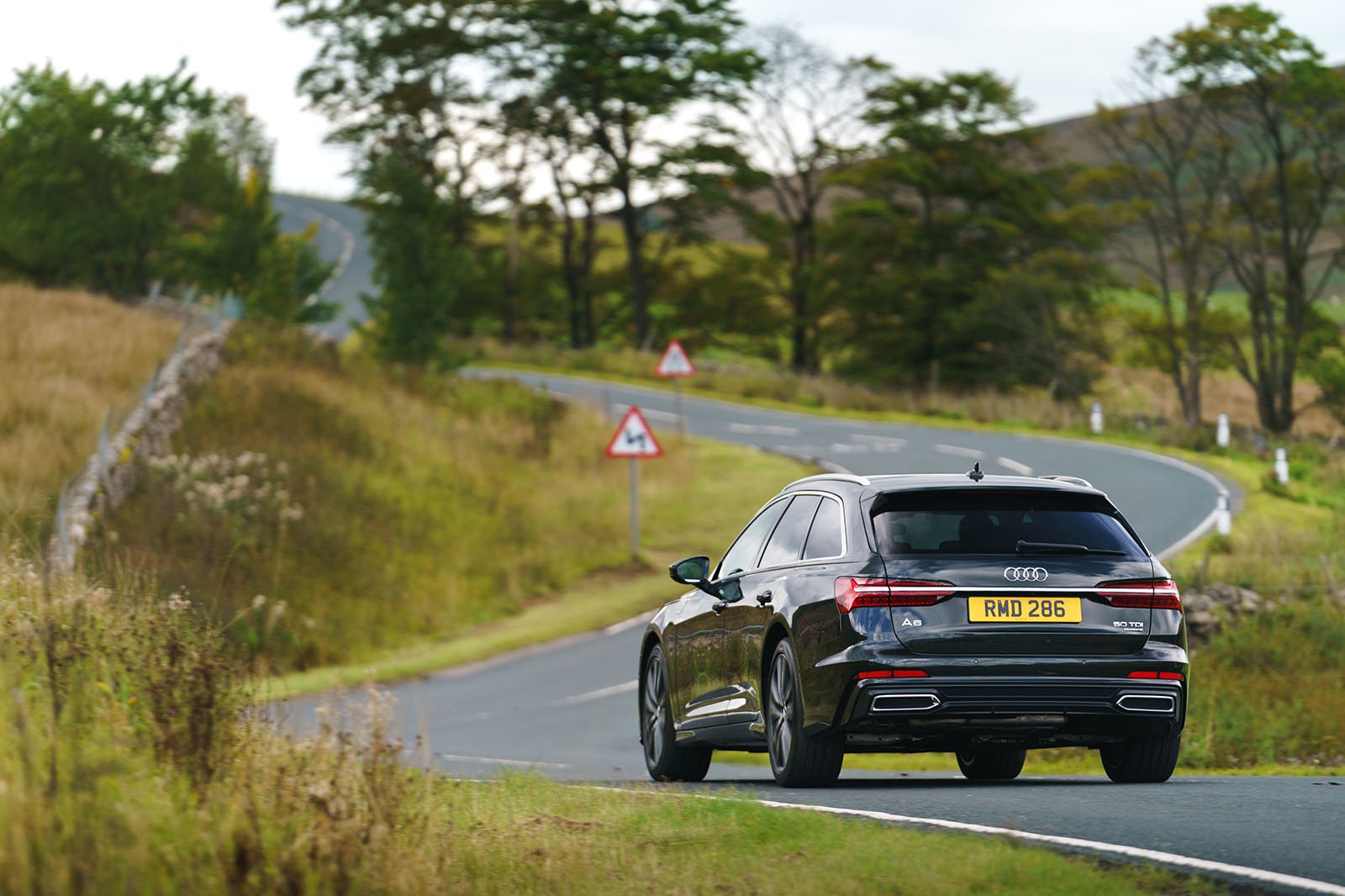