You’re unlikely to want any more leg or head room than you get in the front of the E-tron Sportback, and its front seats are a good distance apart to prevent their occupants from rubbing shoulders or banging elbows. Even the wide centre console, which incorporates several handy storage spaces, doesn’t get in the way of the driver’s left knee like it can in some SUVs.

However, compared with their experience in the regular E-tron SUV, passengers in the back of the Sportback will find things to be a little more cramped. By adopting a more heavily tapered roofline, the Sportback loses 20mm of head room; that might not sound like a lot, but those approaching 6ft tall will feel their hair brushing the roof lining.

At least shoulder room is unchanged; there’s enough for three adults to sit side by side, although life is made quite uncomfortable for a central rear passenger by their seat having a harder backrest than the others.

There's also no option of seven seats. Here’s where the Model X, which can be ordered with a third boot-mounted row of fold-out seats, shows a big advantage for those who need to carry larger groups.

The Sportback’s roofline also reduces boot capacity over the regular E-tron by 45-litres, but it’ll still take more luggage than the I-Pace, and its small-ish loading lip minimises awkwardness when hauling in bulky items. Practicality is boosted further by a space beneath the boot floor, plus there’s a second boot at the front of the car, which is big enough for the charging cables.

The rear seatbacks split and fold down in a 40/20/40 arrangement that allows you to transport longer items between two rear passengers, whereas the I-Pace has a less versatile 60/40 arrangement. Conveniently, levers in the boot allow you to drop the E-tron’s rear seats without opening a side door, and while the extended load bay floor has a slight angle when the seats are down, it is at least free of any awkward step. 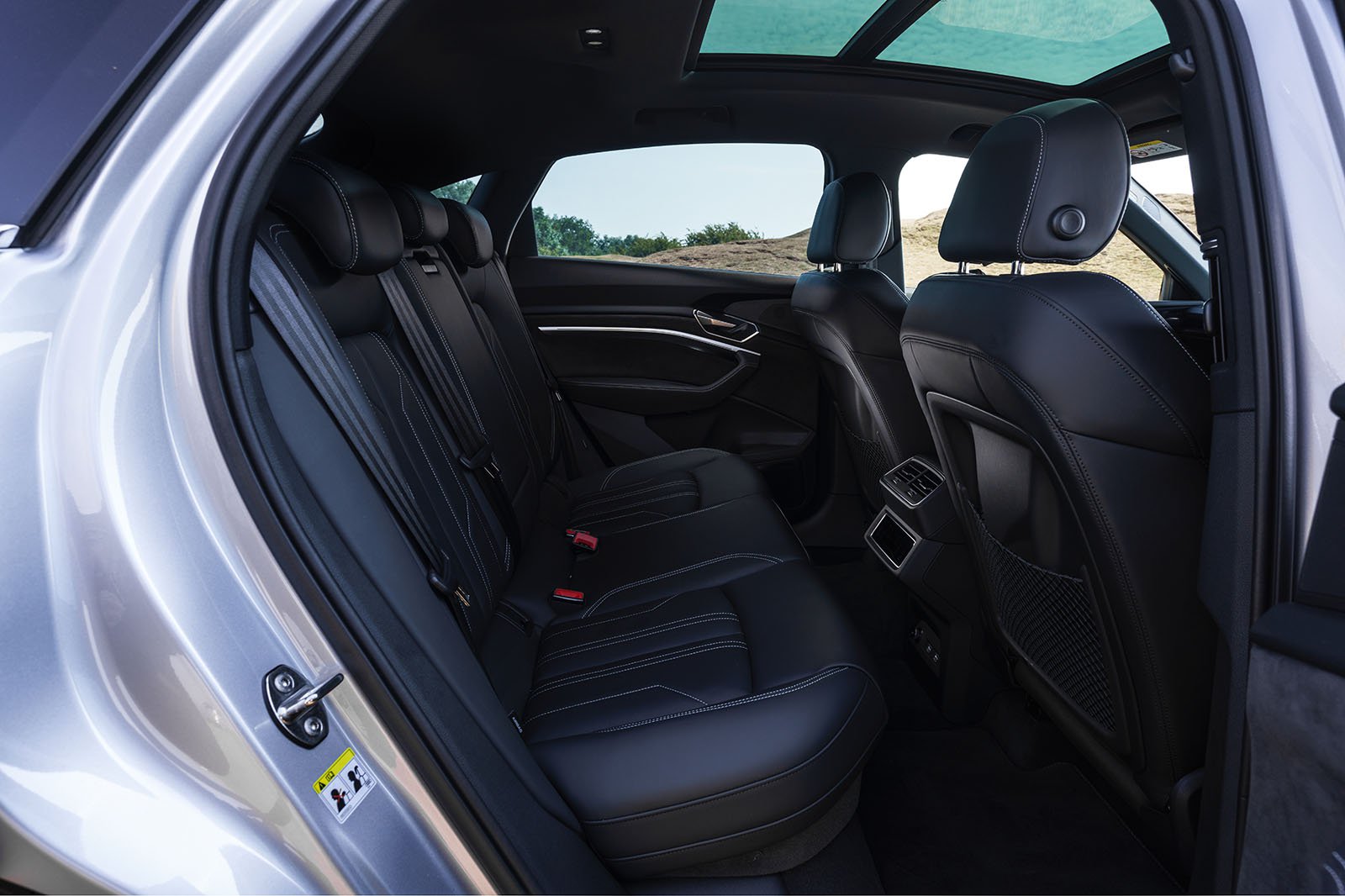