There’s so much adjustment in the steering wheel and driving position that just about anyone should be able to get comfortable with ease. It’s a shame that adjustable lumbar support is only an optional extra, though. Forward visibility is good, with a raised seating position that allows you to peek over the roofs of family hatchbacks – just don’t expect the imperious vantage point you can enjoy in a Range Rover. Meanwhile, rear visibility is hampered by thick rear pillars but, thankfully, reversing sensors are standard and a reversing camera is on the options list.

The dashboard layout is the same as the regular Q2 and will feel familiar to anybody who has spent time behind the wheel of an Audi A3. However, technophiles may feel that the minimalist design feels a little dated compared to the latest, glitzy dashboard layouts of more expensive sports SUVs such as the Porsche Macan.

The SQ2 does, though, feel like a step up in quality compared to the Cupra Ateca. We’re not talking poles apart, but the SQ2’s materials feel better and things generally seem more robust when you give the dash a poke and a prod. That said, the scratchy plastics on the door cards feel downright cheap.

You get a DAB radio, sat nav, Bluetooth and a USB port for charging your phone as standard and, if you connect it via the USB socket, you can make use of Apple CarPlay or Android Auto to operate your smartphone through the SQ2’s infotainment system.

Speaking of which, Audi’s MMI system is one of the best on the market, with a simple rotary dial controller and shortcut buttons mounted next to the gearlever that make it a doddle to skim through the menus. It feels quite intuitive to use, thanks in part to a 7.0in display screen atop the dash that’s clear and easy to read. 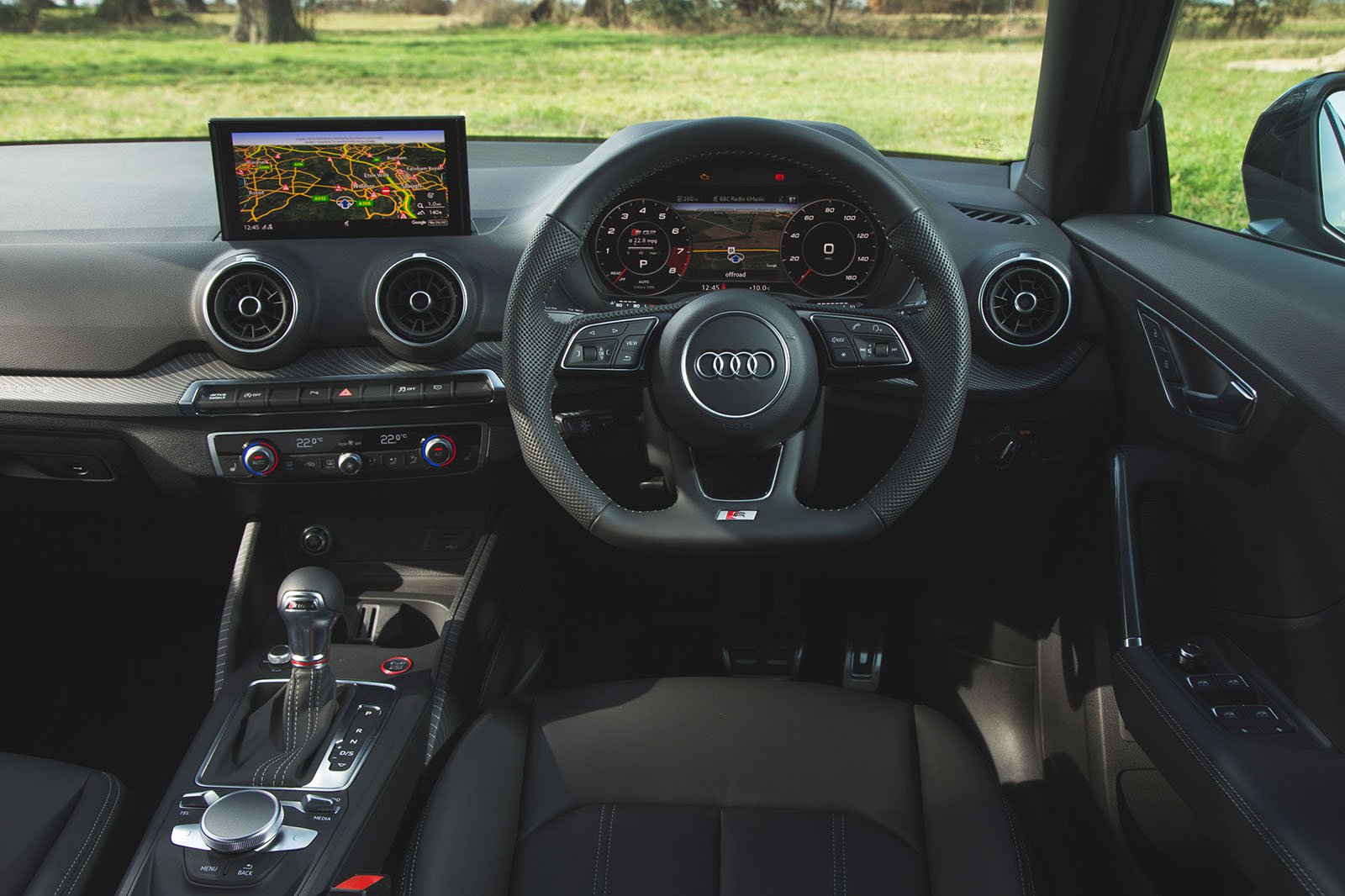