There’s an extensive range of electric adjustment for the steering wheel and driver's seat in the Audi SQ8, with the latter including four-way lumbar support and an extendable seat cushion.

The only issue is that once you're sat on the supportive and heavily bolstered S-specific leather seat, it’s a bit too easy to mistake this sporty model for a regular Q8, so restrained is the design of the interior.

You can’t fault the build quality, though; everything operates with slick precision, and top-spec Vorsprung models even have generous amounts of carbon-fibre and swathes of Alcantara-suede on the doors.

Digital instruments take the place of conventional analogue dials and also display a multitude of additional data, including sat-nav maps and music playlists.

Unfortunately, while the twin touchscreens in the centre of the dashboard are crystal clear, you have to look down to operate the numerous icons – including for simple things like the climate controls – while good, old-fashioned buttons or knobs would be far less distracting. For that reason, we much prefer the BMW X6 M50i's iDrive system, which combines a touchscreen with a rotary controller and shortcut buttons.

All-round visibility is good in the SQ8, despite its sloping roofline. Also, to further help you out when reversing into a tight spot, the SQ8 gets both a rear view camera and parking sensors as standard, while a 360-degree parking camera is available as an option (this comes standard on Vorsprung models). matrix LED headlights are included, too, to take the stress out of driving at night. 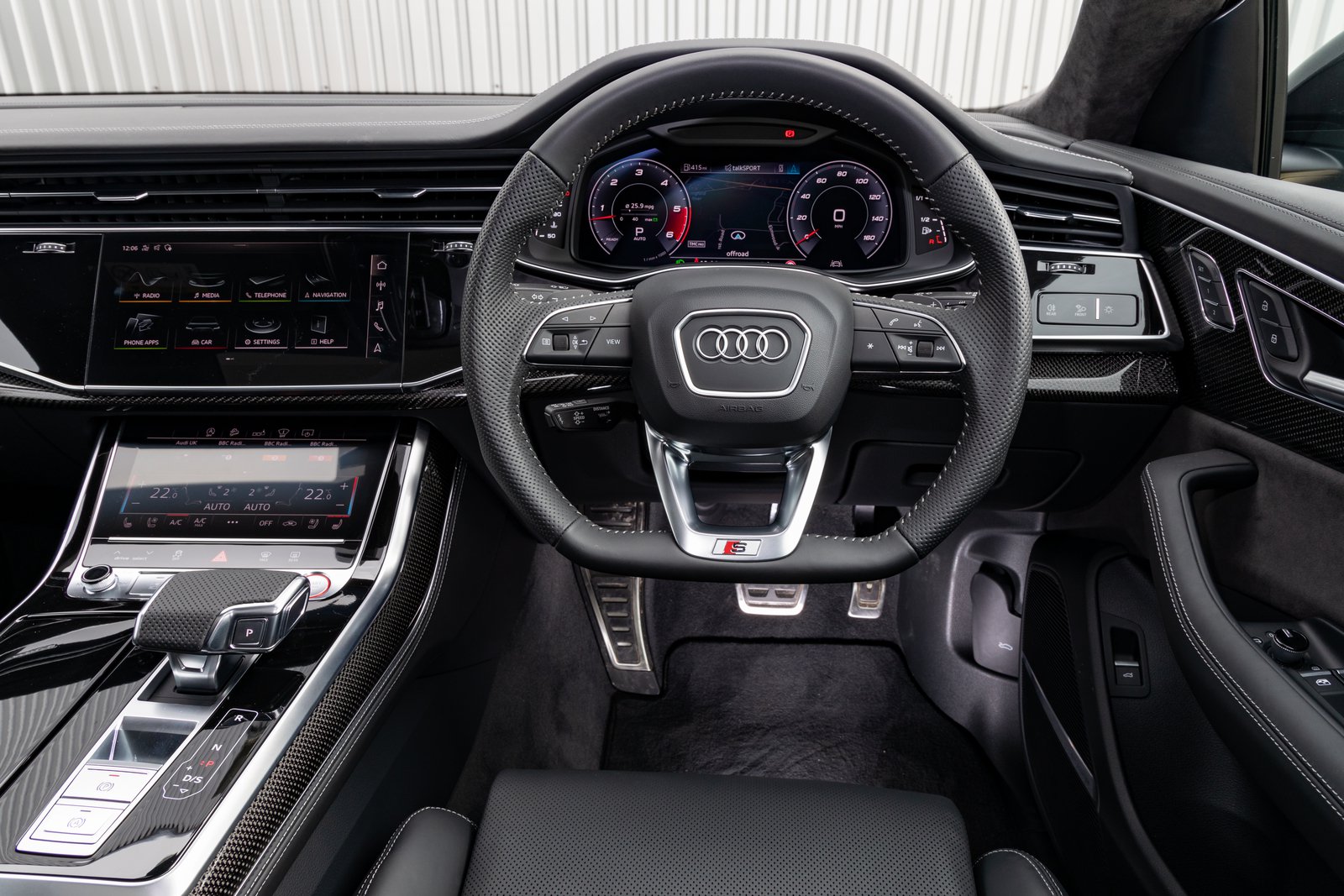 An outrageously fast sports SUV that corners with co...