Sit inside the RS Q3 and you’ll be impressed by its overall build quality and the premium-feeling clicks that its switches make. You also get fancy metal or carbon trim inserts, Nappa leather seats and even illuminated door sill trims. However, at this price, rivals like the BMW X3 M40i and Porsche Macan have far more luxurious-feeling interiors with higher-grade plastics and the option of even more hide.

All RS Q3’s come with Audi’s 12.3in Virtual Cockpit digital instrument panel, taking the place of conventional analogue dials. These let you view a much wider range of information than conventional instruments would, as well as enabling a full-screen navigation map to be displayed. It also offers RS-specific display layouts that look racier and include items like a G-meter that illustrates how much cornering force the car generates in the bends.

Thankfully, front and rear parking sensors are standard across the range, and a rear-view camera is an option. Standard LED headlights provide good vision at night, and can be upgraded to ‘Matrix’ adaptive LED headlights that automatically shape their light pattern to avoid dazzling other road users, even when on high-beam.

All RS Q3s get a 10.1in touchscreen infotainment system, but using it on the move can be fiddly and frustrating because of the numerous menus and icons there are to navigate, and the difficulty of accurately touching them while on the move. We prefer the rotary controller used by the BMW’s iDrive system, which is much less distracting. That said, the Q3 does have Amazon Alexa, so rather than prodding the screen, you can make verbal commands instead. We found it a bit hit and miss, though. Other highlights include Apple CarPlay and Android Auto smartphone screen mirroring, which come as standard. 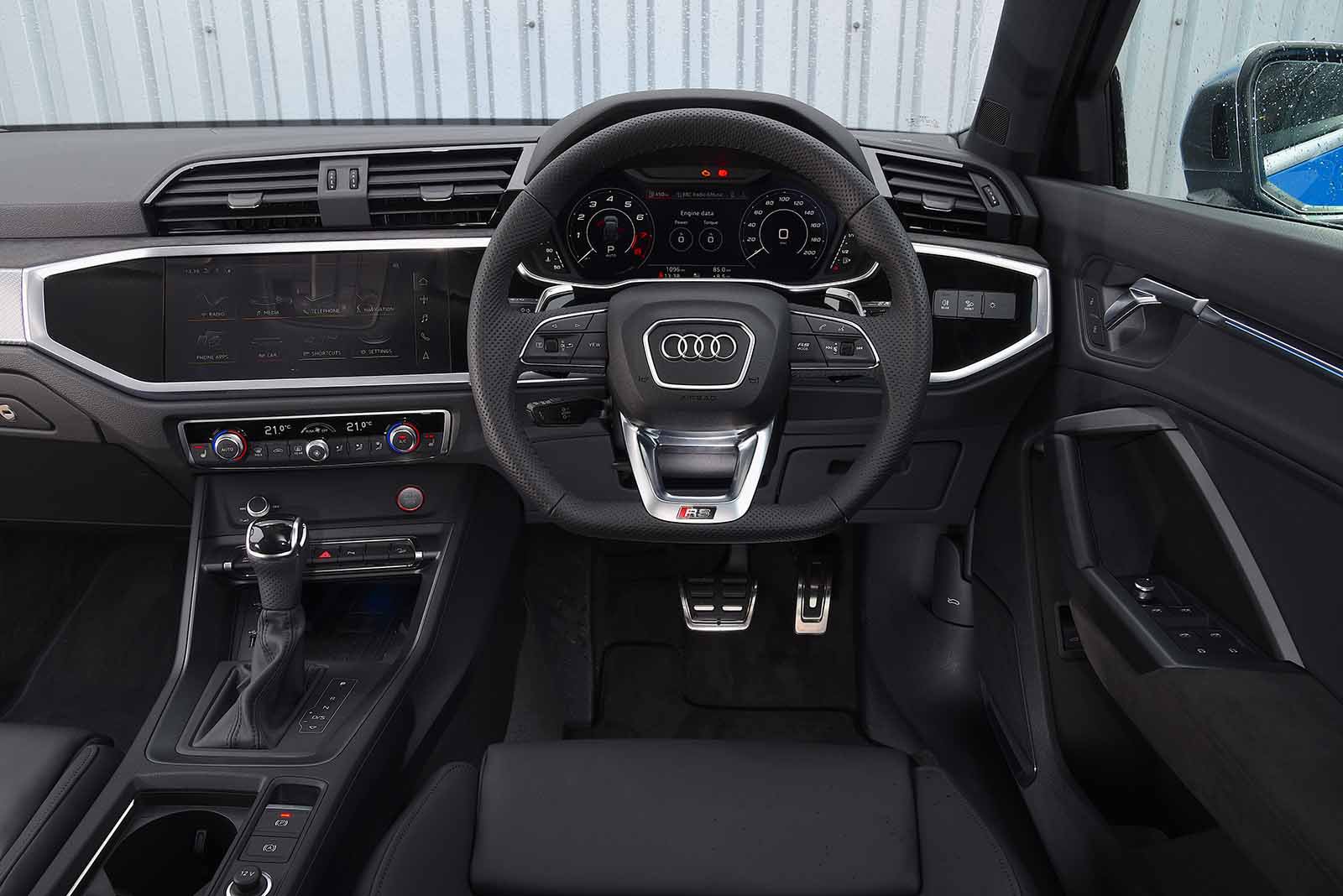