The official fuel consumption figure for our favourite engine (that in the 40 TFSI) is 44.8mpg, but you should expect it to hover around 35-40mpg in the traffic-ridden real world. Remarkably, the quicker 45 TFSI doesn’t use much more fuel, making the TT quite the fuel-sipper considering its decent performance.

We’d recommend sticking with entry-level Sport trim; this gets you air conditioning, heated Alcantara and leather seats, folding mirrors, 18in alloy wheels, Bluetooth, a USB port and a DAB radio.

S line trim really isn’t worth the extra unless you value the more aggressive styling it brings, although it also gives you rain-sensing wipers and larger (19in) alloys. Black Edition sits above S line and takes style cues from the TT RS, but it doesn’t add much in the way of equipment apart from piano black interior inlays. By contrast, range-topping Vorsprung models come with very few option boxes left unticked.

Unless you choose the Vorsprung, TTS or TT RS, you’ll have to pay extra for climate control and cruise control. Sat-nav is also an expensive optional extra, coming only as part of the Technology Pack. 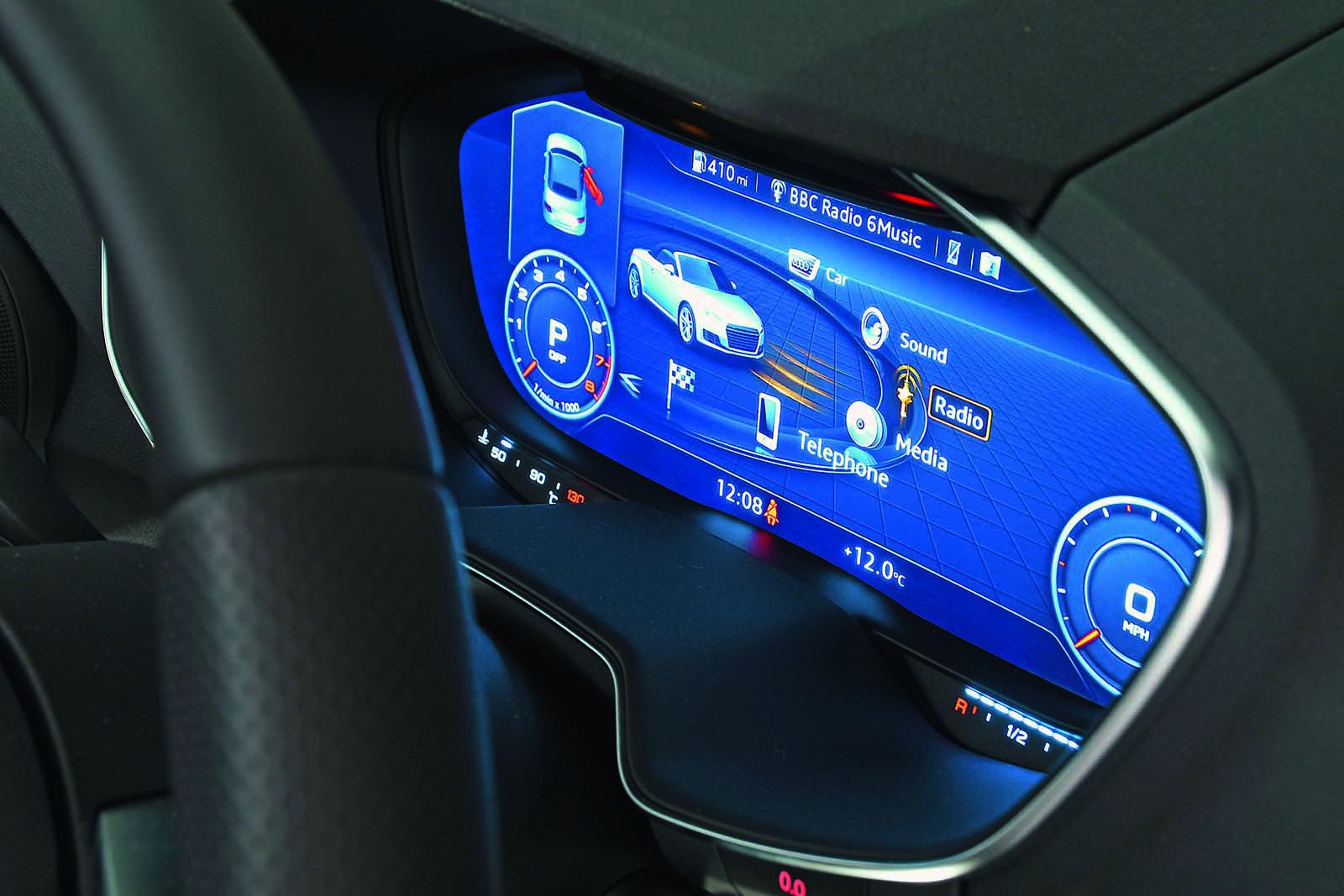 The TT finished sixth out of 10 coupés, convertibles and sports cars assessed as part of the 2019 What Car? Reliability Survey; the 718 Boxster came third. As a brand, Audi scored above Porsche and BMW, but all three brands finished around the middle of the table.

Every TT Roadster comes with four airbags as standard, along with a ‘secondary collision assist’ system that helps bring the car to a stop as soon as possible after a crash. Optional kit includes a blindspot warning system, hill-hold assistance and traffic sign recognition.

Although the TT Roadster hasn’t been safety tested by Euro NCAP, the regular TT was awarded four stars out of five in 2015, a fifth star eluding it due to the absence of automatic emergency braking. We regard this as an essential safety feature, and it’s one that every Z4 has as standard.