It’s no surprise that Bentley’s self-proclaimed ‘ultimate SUV’ costs a lot to buy, but then again, so do its rivals. Although the Bentayga is based on the Audi Q7, buying a Bentley also brings with it a number of personalisation options, allowing you to create your own completely bespoke, blank-cheque specification.

That said, if you just want to ‘settle for' the standard specification, you’re unlikely to be disappointed. The list includes (but is not limited to): auto wipers, heated steering wheel, a panoramic roof, four-zone climate control and the 10.9in infotainment system. Azure introduces 22in alloys, ambient lighting, sports pedals. The V8 S adds a sports exhaust and black exterior highlights.

The Hybrid version's running costs are more palatable, with an official CO2 output of just over 80g/km and an official fuel economy figure of more than 80mpg. You’ll have to charge up the 18.0kWh battery at every opportunity to get anywhere near that, though.

We managed to achieve more than 35mpg on a long journey with a fully-charged battery, dropping to the high-20s when it had depleted. As a result, the Hybrid makes the most sense for those who mostly cover short journeys.

The Bentayga is predicted to experience depreciation at a similar rate to the Aston Martin DBX and Lamborghini Urus. The Rolls-Royce Cullinan has the strongest residuals in the class because it’s produced in far smaller numbers. 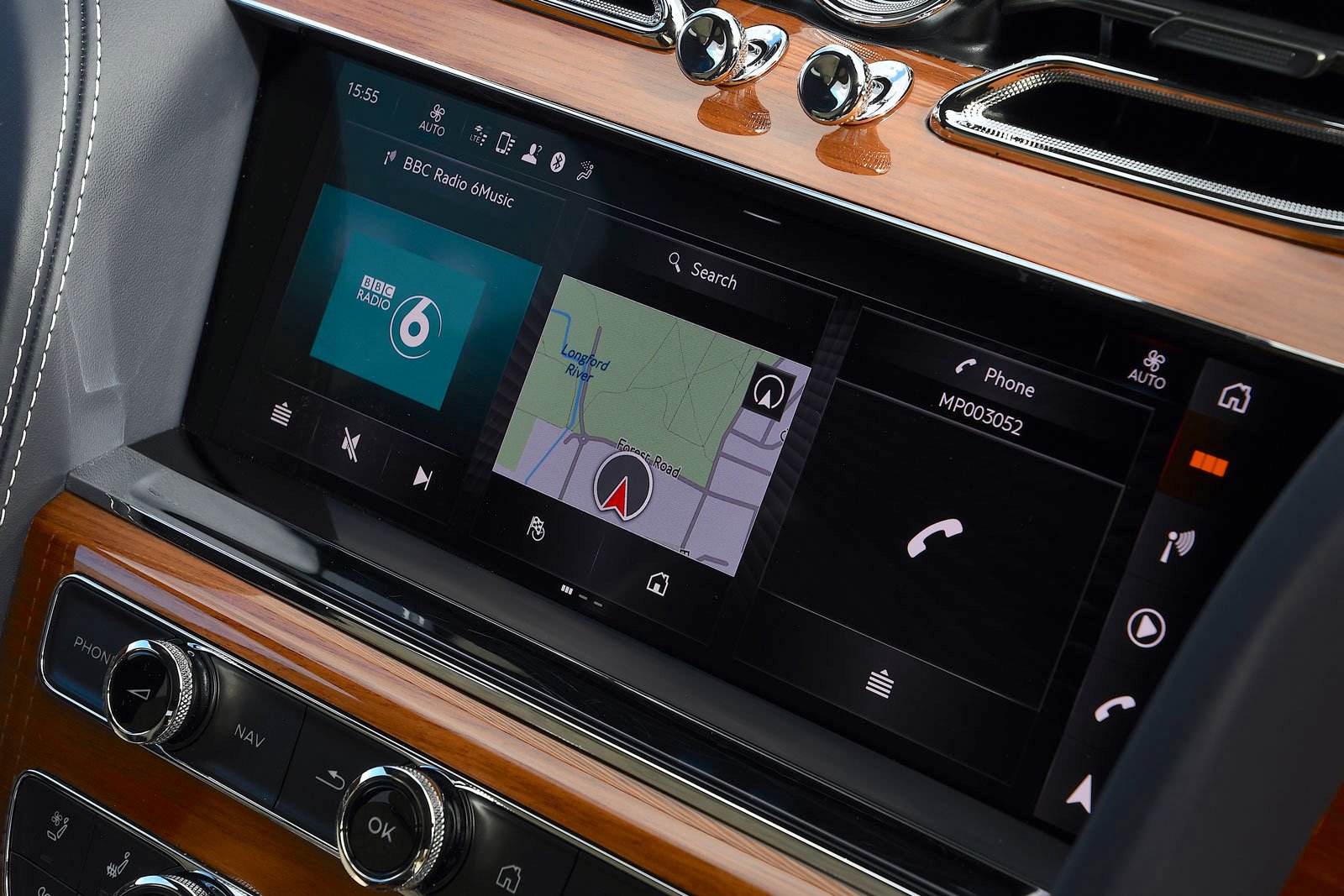