The Flying Spur has a 6.0-litre W12 engine, developing 626bhp and driving all four wheels through an eight-speed automatic gearbox. This combination makes the car massively and effortlessly fast in a straight line, although the gearbox can be jerky when you ask for a sudden burst of speed.

Air suspension is standard, providing a wafty ride in its softest setting. However, on most roads the default ‘Bentley’ driving mode strikes the best balance between comfort and control, taking the sting out of the majority of lumps and bumps without letting things get overly floaty. It’s just a shame large potholes send shudders through the car’s body.

The steering is smooth and consistent, and there’s huge traction and grip. Just don’t expect the Flying Spur to feel especially nimble; four-wheel steering helps with low-speed manoeuvres, but ask the car to change direction in a hurry and it has a tendency to lean in a similar fashion to a large SUV.

The engine runs at just above tickover at motorway speeds, while the double-glazed side windows block wind noise very effectively. Unfortunately, the wide tyres generate quite a bit of road noise over grainier surfaces, so cheaper alternatives such as the Audi A8 and Mercedes S-Class are still quieter overall. 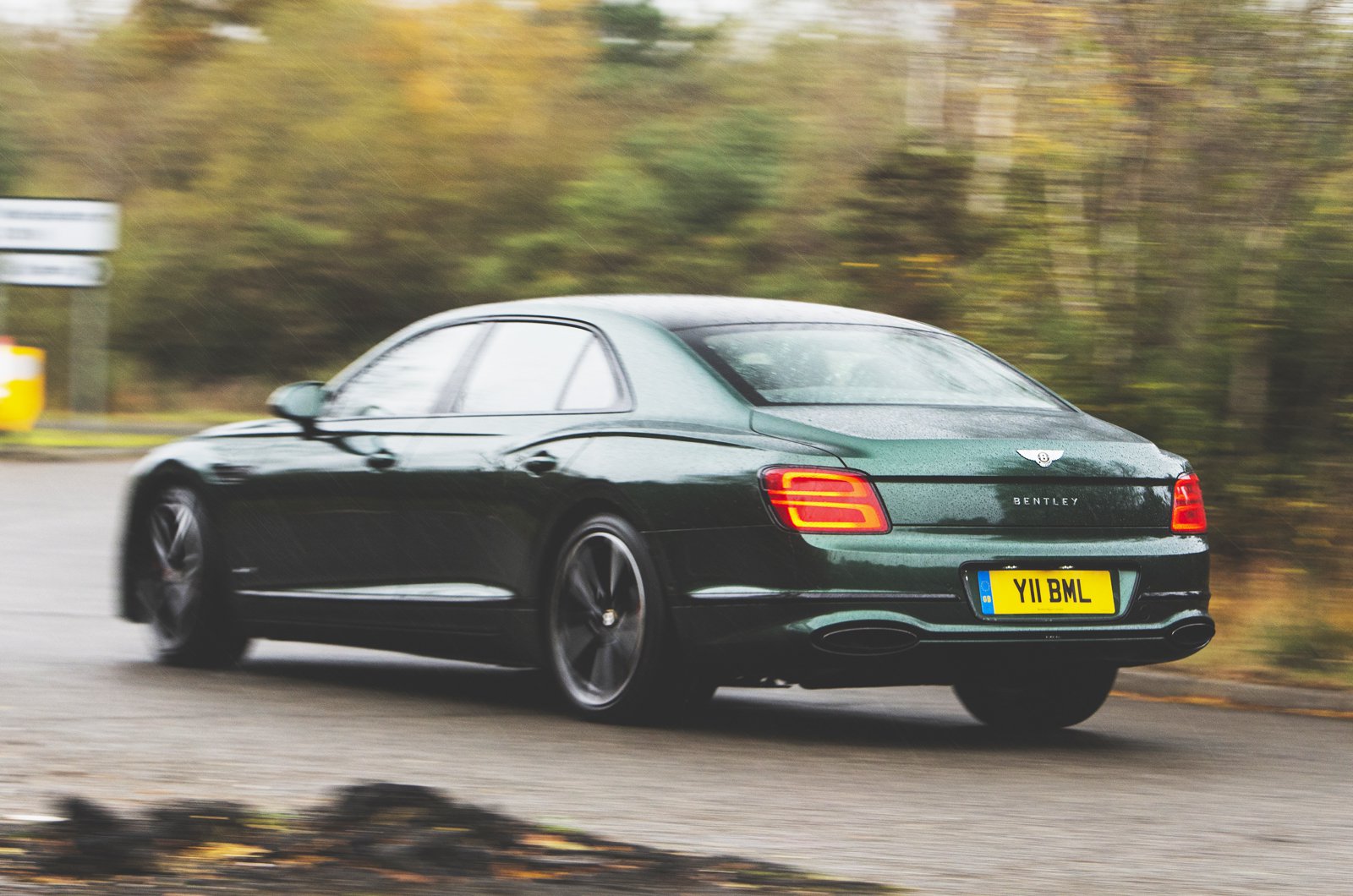 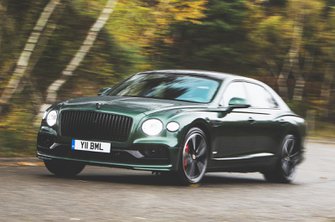