March 2021 new car sales revealed: Who were the winners and losers?

Sales of new cars are up compared with March 2020, but which models are people buying in big numbers? We take a look as dealerships prepare to reopen... 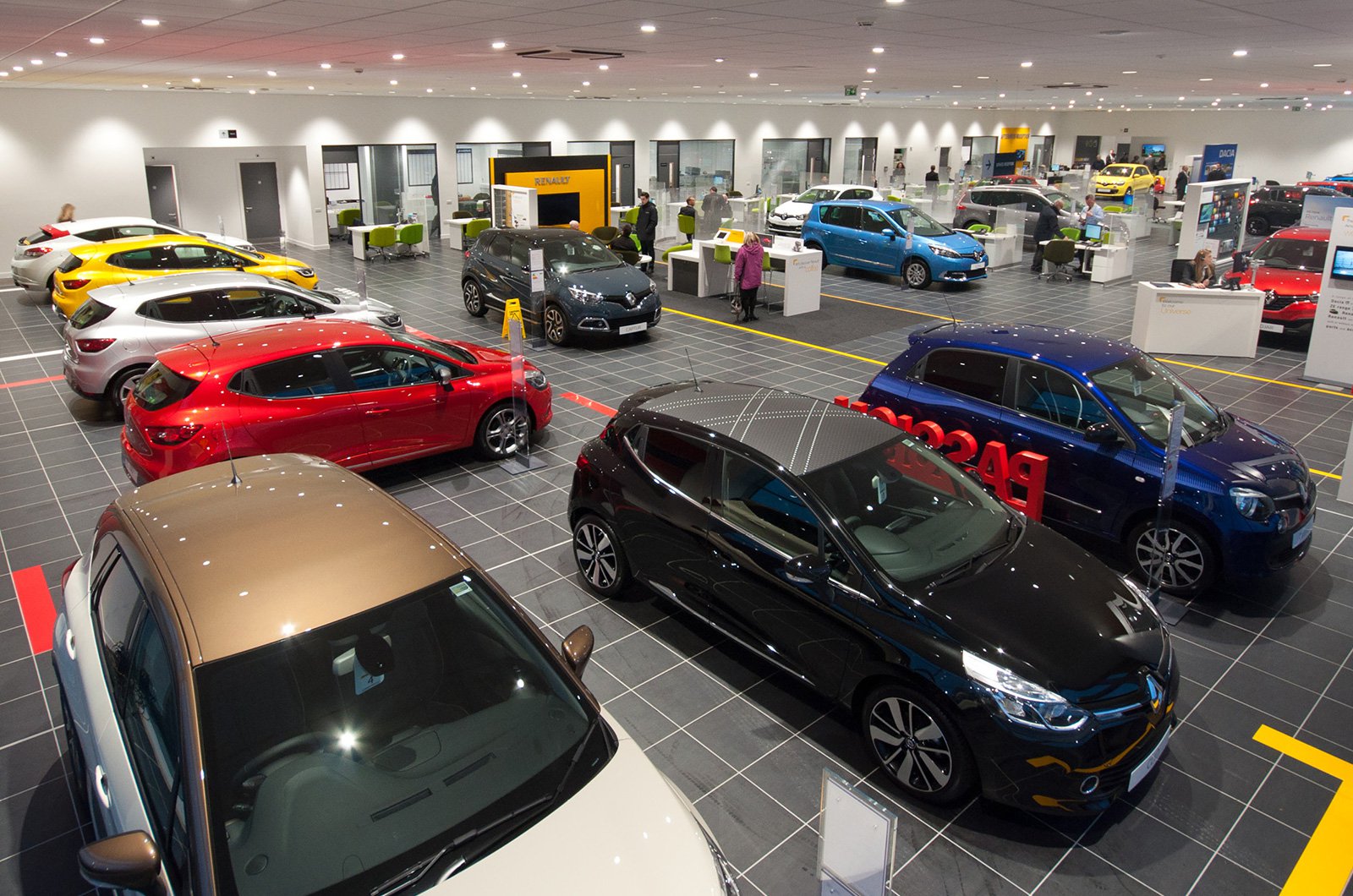 The number of new cars sold in the UK in March was more than 11% higher than in the same month last year, new figures have revealed.

The latest results show that 283,964 new cars were sold in March 2021, one year on from the UK entering its first national lockdown in March 2020. Dealers have not been allowed to open their showrooms physically because of the coronavirus restrictions, but many have been operating socially distanced click-and-collect services.

Of the cars that were sold in March – which is typically a high point for sales because of the month's numberplate change – 45% went to private buyers, while the majority were sold to fleets to be used as company cars.

Petrol-powered cars continued to take the lion's share of sales last month, making up almost half of the total. By contrast, sales of diesel-powered cars were down by more than 31% compared with March 2020, and are down by 47% across the year so far.

Meanwhile, sales of electric vehicles (EVs) – including purely electric, hybrid and plug-in hybrid cars – continue to grow, with sales of such models up by more than 80% compared with March 2020. That's despite recent changes to the Government's electric car grant which saw many more cars becoming ineligible and the grant cap dropping to £2500. 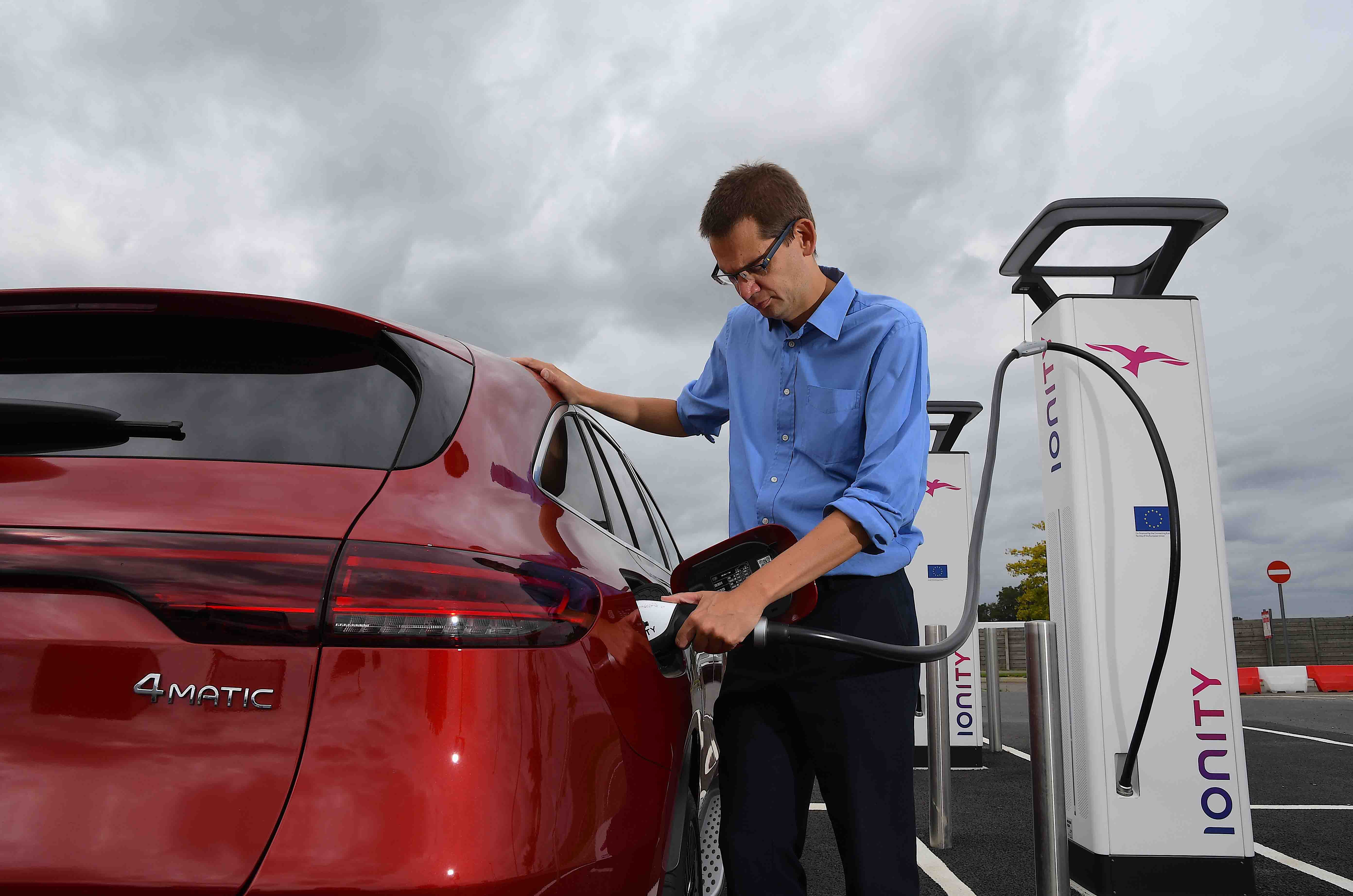 It's important to note that, despite the current lockdown restrictions, you can still buy a new car in the UK, including by using our own free New Car Deals buying service to chat with approved dealers. Dealerships are expected to physically reopen on April 12, and many are anticipating a sales boom for new cars.

Indeed, recent What Car? research has revealed that almost a quarter (22.2%) of buyers are looking to purchase within the next four weeks, while 19.2% are due to put their money down within the next three months.

Of those who do plan to buy within the next three months, more than 70% have already started researching their next car. While many of the buyers we surveyed said that the coronavirus pandemic had not changed how much they were planning to spend on their next car, 6% said their budget had increased.

So which were the most popular cars in March? Below we count down the top 10. 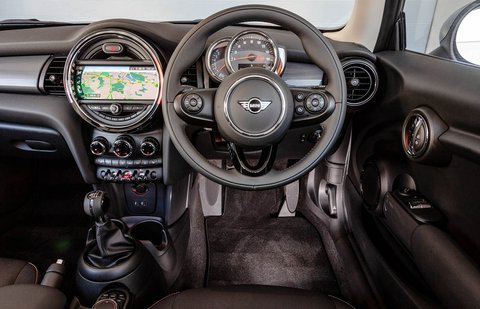 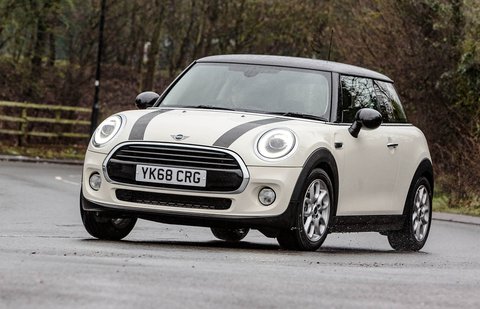 The Mini hatchback is as British as Michael Caine, and as popular among style-savvy city dwellers as high-top trainers. It's one of the classiest cars in its class, too, with low running costs, a stunning interior and a peppy petrol engine. 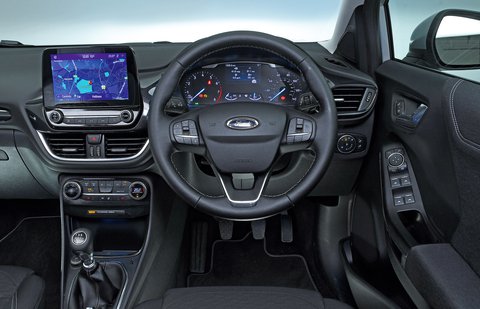 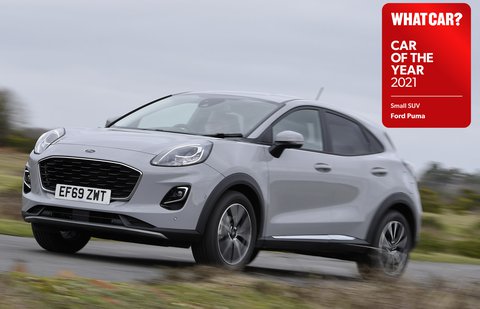 This small SUV is a former What Car? Car of the Year and remains the best small SUV you can buy. Why? Well, as well as having enough space for your family and being good to drive, the Ford Puma can also help to lower your fuel bills thanks to its clever mild hybrid technology. 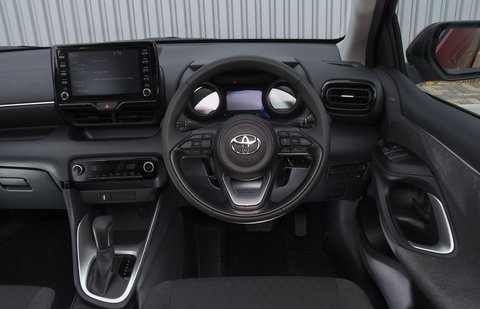 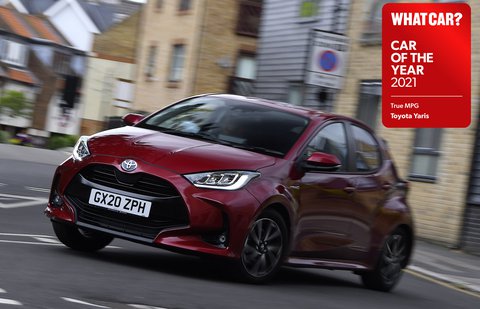 If you're looking for a small car that won't cost you a lot to run, the latest Toyota Yaris should definitely be on your shortlist. It's the most frugal car to ever go through our real-world True MPG tests and comes with plenty of kit. Toyota has an excellent reliability record and depreciation is predicted to be slower than with many rivals, so you'll get more of your money back when you come to sell. 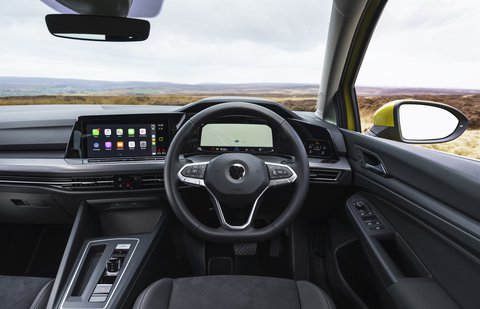 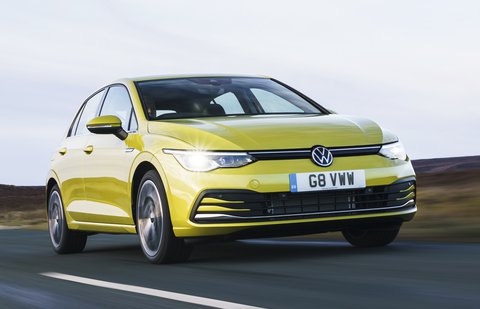 The latest Volkswagen Golf is a great all-rounder in the family car class – it's comfortable, reasonably spacious and offers a solid blend of ride and handling. Rivals are better to drive, though, and many have infotainment systems that are easier to get along with. 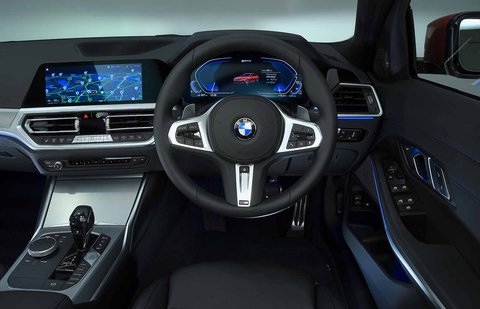 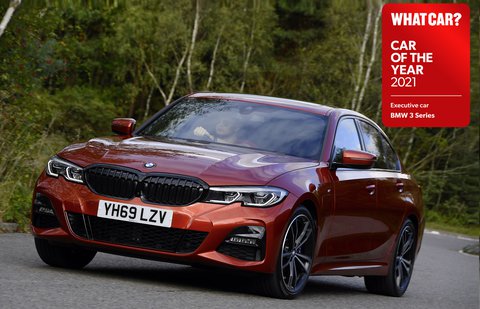 The BMW 3 Series is our reigning Executive Car of the Year in plug-in hybrid 330e form. Not only is it spacious, comfortable and equipped with the best infotainment system you'll find on any new car, but it can travel a good distance without using a single drop of fuel. 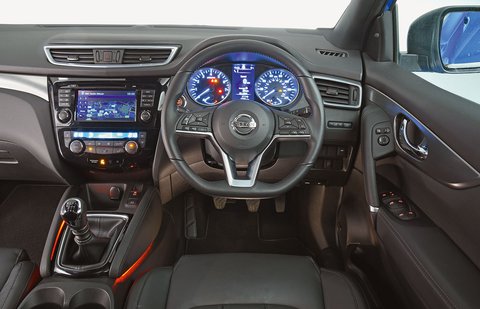 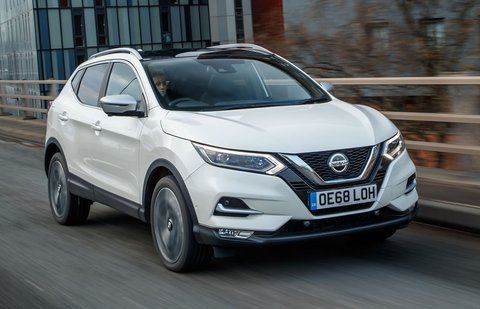 It may be one of the older entrants into the family SUV class, but that doesn't stop the Nissan Qashqai shifting in big numbers. It's good to drive, relatively practical and is usually available with decent discounts too. An all-new Qashqai will go on sale in the summer. 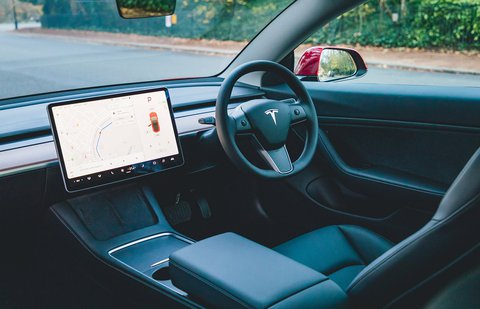 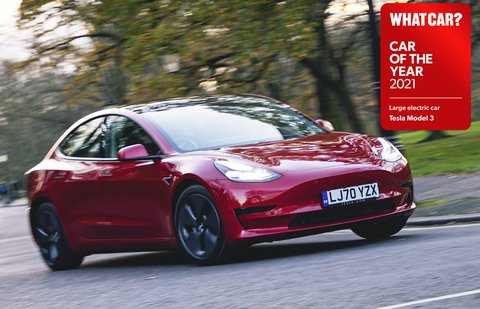 Large electric cars don't come any better than the Tesla Model 3. No matter which version you choose, you'll be getting a swanky interior, a surprisingly big boot and a big range between charges, as well as access to Tesla's network of super-fast electric car chargers. If you're looking to go green, there's no better place to start. 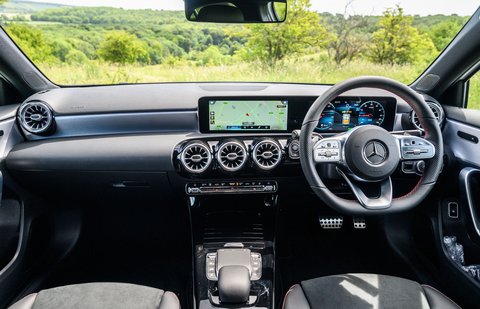 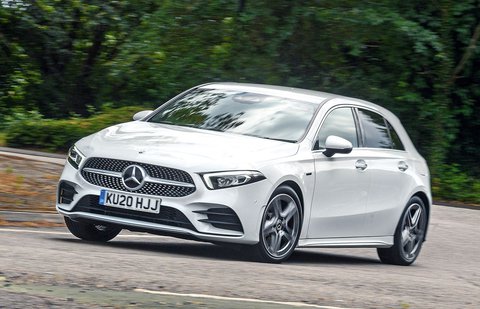 The Mercedes A-Class is every inch the premium family hatchback, from its stunning interior to its comfortable ride. It's usually an expensive choice, but big discounts are available through our free New Car Buying service. 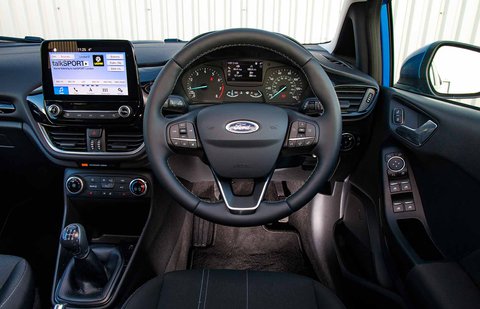 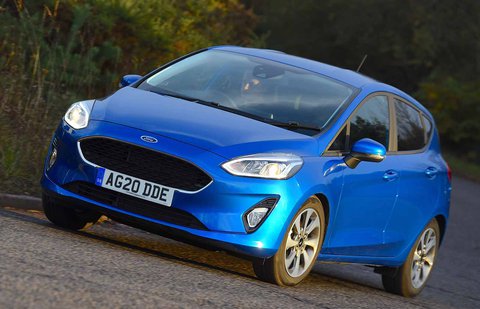 The Ford Fiesta was Britain's bestselling new car in 2020, but has fallen to second place so far in 2021. There are good reasons why it remains such a strong seller – it's a cracking small car that's superb to drive and won't cost you much to run. 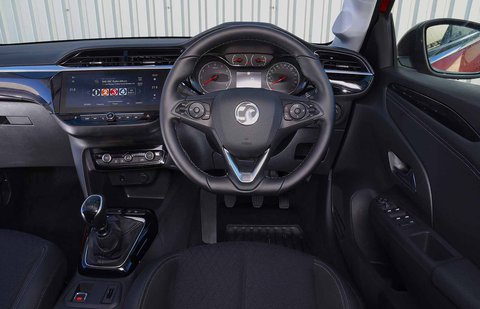 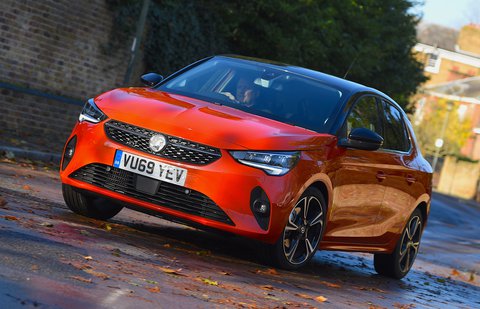 There are better all-rounders in the small car market, but it's still easy to see the appeal of the Vauxhall Corsa: it's cheap to run and well-equipped, and you can choose from a wide variety of power options (including a fully electric version).