The Alpina XB7 is a huge car – bigger even than the Range Rover – and that translates into masses of interior space. It’s not only tall and airy up front, but also so wide that the driver could almost feel like they’re in a different postcode to their front passenger. You certainly won’t have to worry about banging elbows.

That width comes in handy in the second row, too, allowing three people to sit side-by-side relatively comfortably. What’s more, they’ll have loads of head and leg room, and the outer two passengers even get heated seats and their own climate controls.

As a bonus, access to the third row is easy, thanks in part to the wide rear doors that reveal a large gap to clamber through. It’s not quick, though, because the second-row seats can only be slid out of the way electrically and move at a crawl.

The boot features a split-folding tailgate with a lower section that flips out to serve as a handy perch when you're taking off muddy wellies or similar. There’s space for a couple of suitcases even when the third-row seats are in use. No other car that we’ve tested has such a big boot in five-seat mode, and the load area is truly van-like when the second and third rows are folded away.

There are some handy underfloor storage compartments, although the parcel shelf only covers the load area fully in seven-seat configuration. 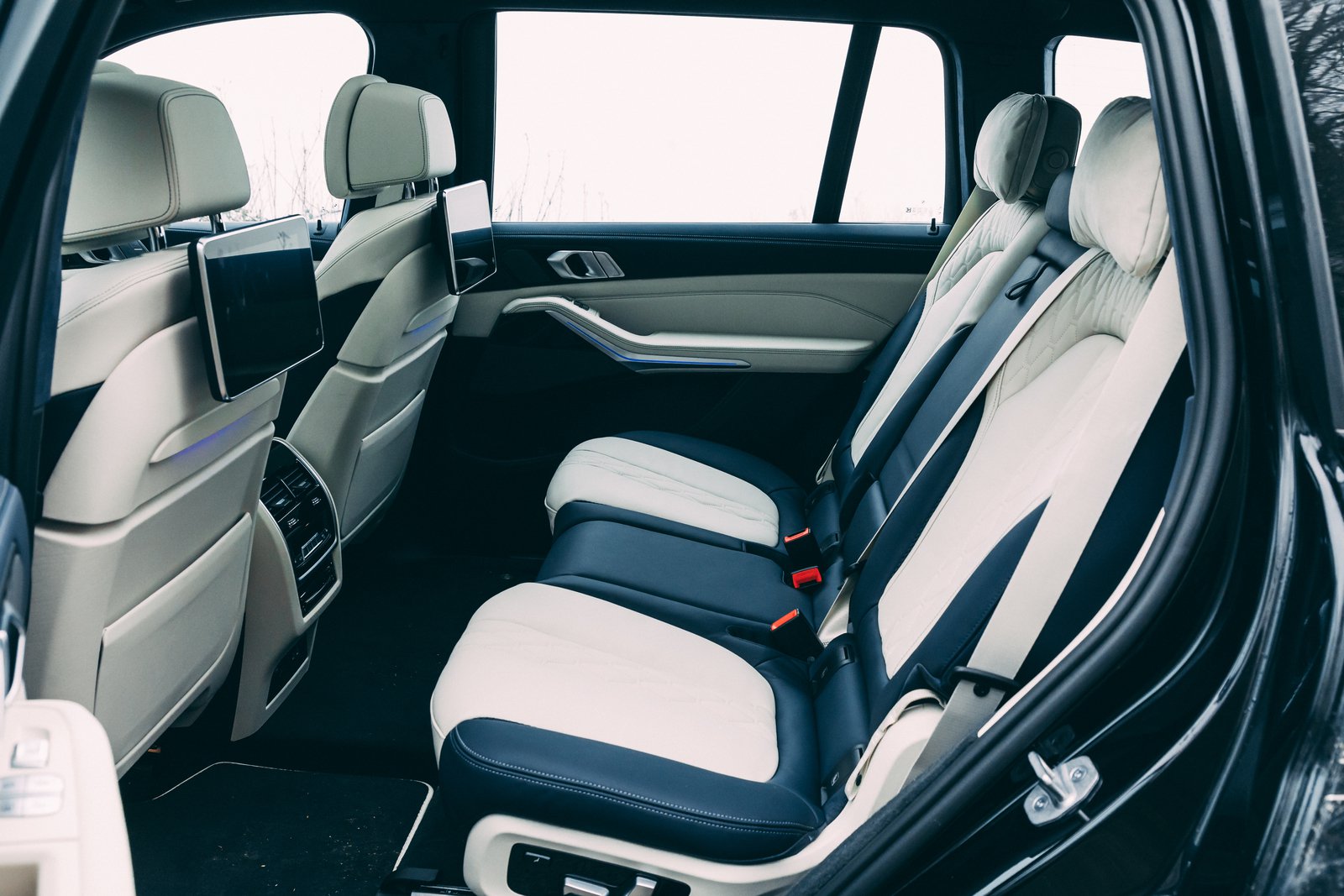