There’s no shortage of possible tweaks for the position of the driving seat and steering wheel, albeit manual ones unless you pay extra for electric adjustment. Variable lumbar support is optional, too. With both option boxes ticked on our test car, the comfortable part-Alcantara sports seats offered excellent support.

A configurable, 10.3in digital display replaces traditional dials behind the steering wheel. Its graphics are sharp, but similar systems found in the A35 and S3 are clearer and have a greater range of display modes to choose from.

The view out of the front is good, but chunky rear pillars mean the view over your shoulder is slightly restricted. Fortunately, front and rear parking sensors are standard, and, for a very reasonable sum, you can get Park Assist, which includes a couple of very helpful parking aids. One of these is Parking Assistant, which can park the car for you. The other, Reversing Assistant, will remember your steering inputs when you drive nose-first into a space and can repeat them to automatically reverse the car back out again for you.Meanwhile, with LED headlights as standard, it'll be easy to see at night.

A 10.3in touchscreen is standard, forming the centrepiece of BMW’s iDrive infotainment system, which is certainly one of the best on the market. It can be operated via the screen itself, by using voice command, or through the rotary dial controller and physical shortcut buttons. It’s simple to use, both on the move and when stationary. To further enhance its ease of use, gesture control is available as an option.

DAB radio, Bluetooth, sat-nav and Apple CarPlay come as standard, but the latter gives you only a one-year subscription. When that ends, you’ll have to foot the bill to continue. Android Auto isn't available at all.

While its interior doesn’t have the visual wow factor of the A35’s, rock-solid build quality makes the M135i’s dashboard feel like it’s been carved into the side of a cliff, albeit, thankfully, with plush, soft-touch materials covering the rock face.

All the switches and dials have a real feeling of quality to them, the overall effect placing the M135i's interior a cut above that of most other hot hatches. Poke and prod around all you like; you'll find no hint of any cheap-feeling flex to the dashboard, although you will encounter harder plastics on the doors and in places where fingers roam less frequently. 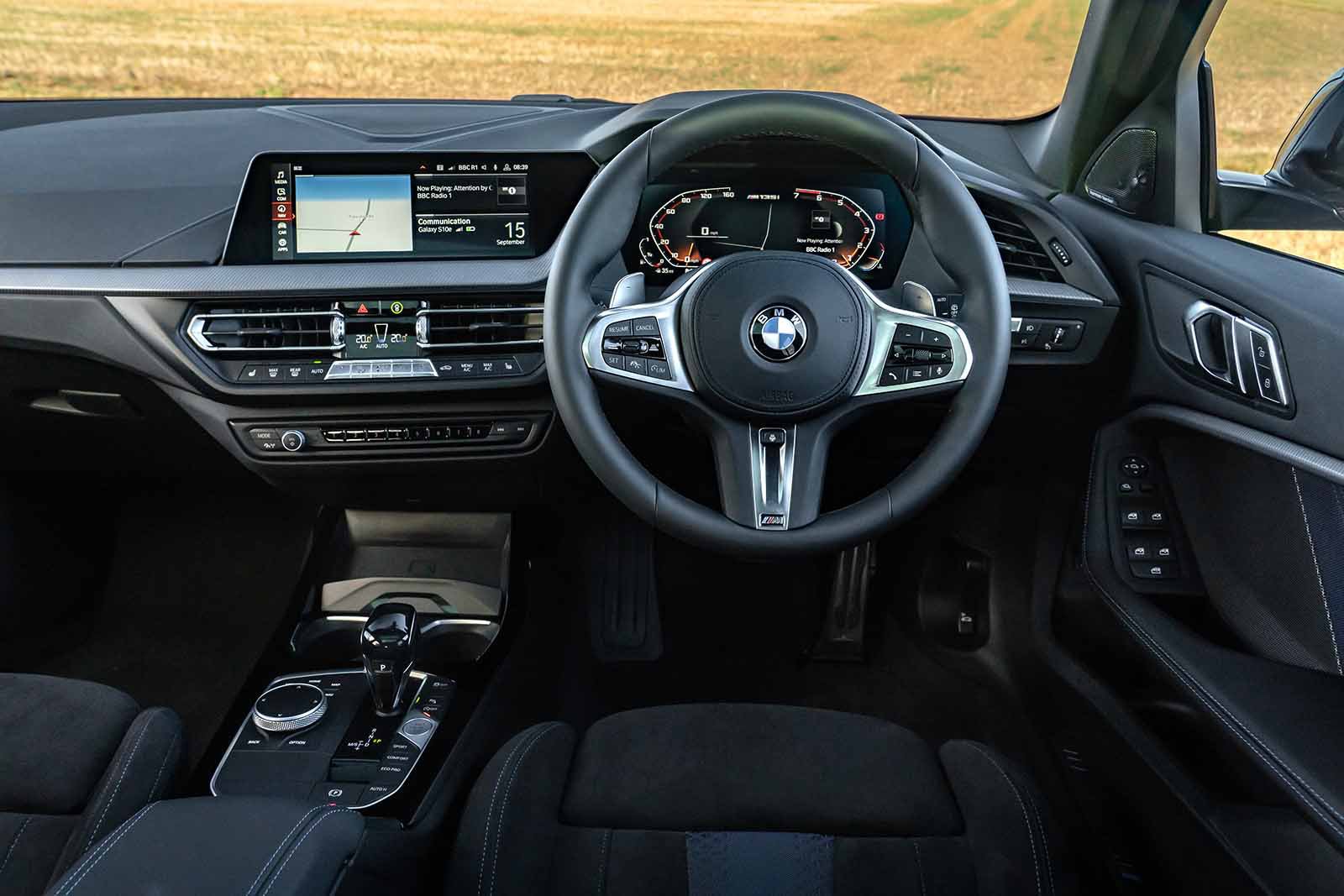 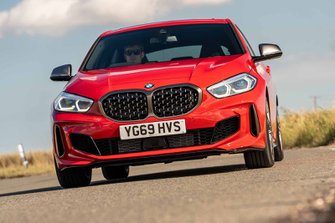 Quick, but not the best hot hatchback