You’ll have no complaints about space in the front; there’s plenty of head and leg room, and lots of elbow room, too. The door bins are a decent size, and you also get a big glovebox and a generous cubby hole under the central armrest. Add the tray at the front of the centre console and there are plenty of places to stow your bits and pieces.

In the back, leg room is identical to that offered by the BMW 1 Series and slightly more generous than that of the Mercedes CLA. It also gives passengers more foot space under the front seats than the CLA. Unfortunately, though, that shapely sloping roofline really cuts into rear-seat head room. So much so that a six-footer won’t be able to sit up straight without their head being wedged uncomfortably against the ceiling.

The boot is actually bigger than that of the 1 Series, and gives you some handy underfloor storage spaces, but it’s slightly smaller than the CLA’s overall, and its 60/40-split rear seats don’t match the flexibility of the CLA’s three-piece 40/20/40 arrangement unless you pay extra for that option. The practicality of both cars is also hampered slightly their small boot openings. 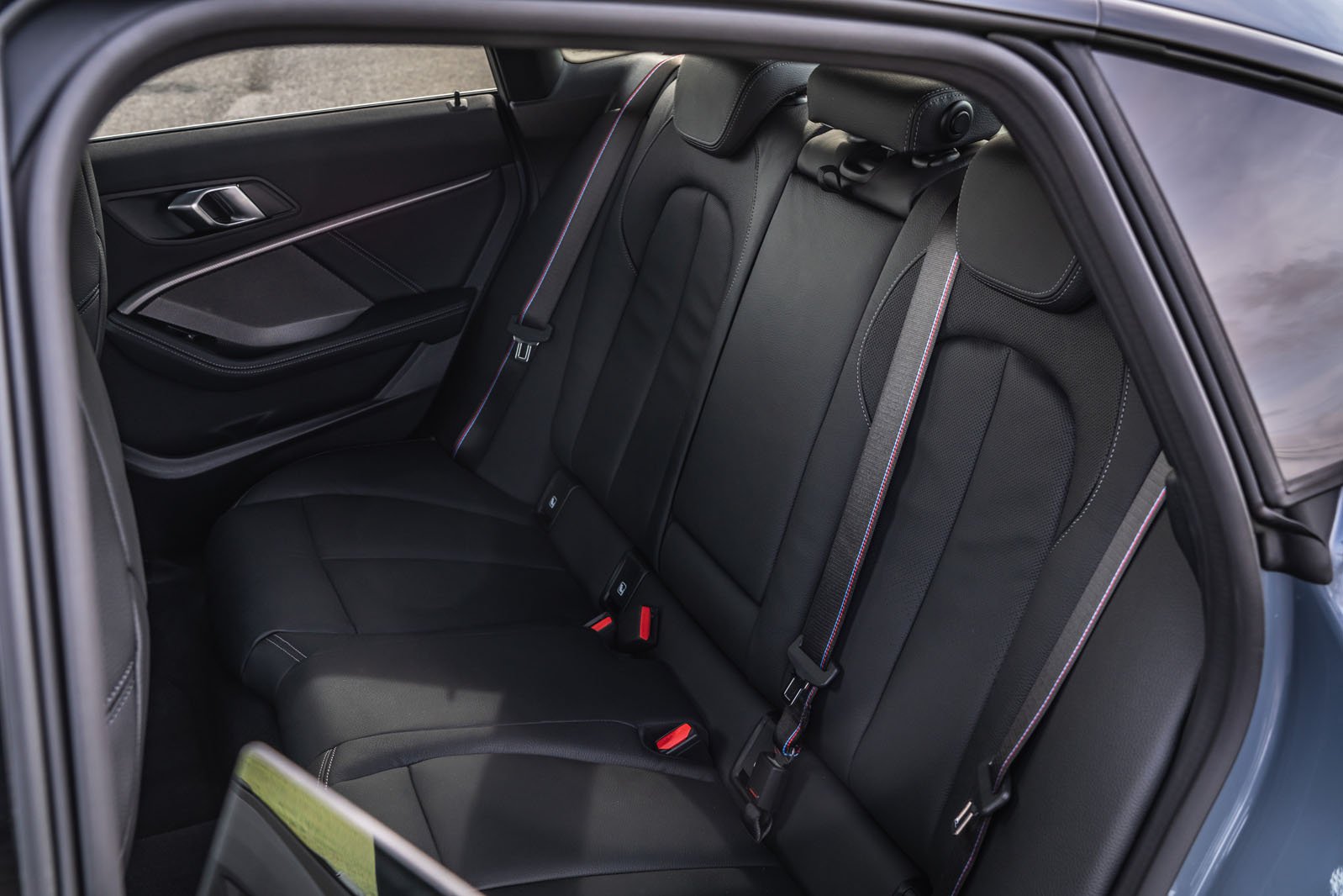