What should I look for in a used BMW 3 Series hatchback?

While it hasn't quite been top of the class in recent What Car? JD Power Customer Satisfaction surveys, the BMW 3 Series Compact still enjoys a good reputation for sturdiness, with few problems to report.

By late 2006 there had only been one official recall. This addressed the concern that bearings on the fuel injection pump could be prone to failure.

When you test drive a potential purchase, check the engine out thoroughly, as some early visions had misfire problems. If a high-mileage diesel engine produces clouds of black smoke under hard acceleration, go and find another one. And, make sure there's no hint of clutch slip, but don't be put off if the manual gearchange feels sticky at first, as that's a characteristic rather than a fault.

The deep front bumper is prone to stone chips and the design of the alloy wheels means they are easily kerbed.

What are the most common problems with a used BMW 3 Series hatchback? 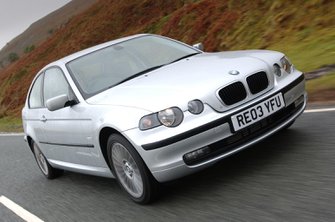