Cars at this shallower end of the luxury class need to put on a good show when it comes to front space, since that's where the majority of owners will spend most of their time. The BMW 5 Series offers a bit more leg room than the Audi A6 and is roughly on par with the Mercedes E-Class.

There's plenty of head room in the 5 Series, too, and while adding a panoramic roof trades a bit of that, six-footers will still be fine. The 5 Series is the widest among its obvious rivals in the front, but, in truth, none of these cars is small inside. The E-Class's interior design feels more 'fitted' and less airy than the A6's and 5 Series', but some people prefer a snugger, more wraparound feel.

A third passenger won't have it quite as comfortable on longer journeys because shoulder room is tight and they'll have to straddle the raised central floor hump. If they're above average height, they'll also need to duck to avoid the overhead lighting console.

Access to the rear seats is good, because the doors swing open wide and the aperture is tall. There's also useful storage, in the shape of cupholders, door pockets and map pockets. 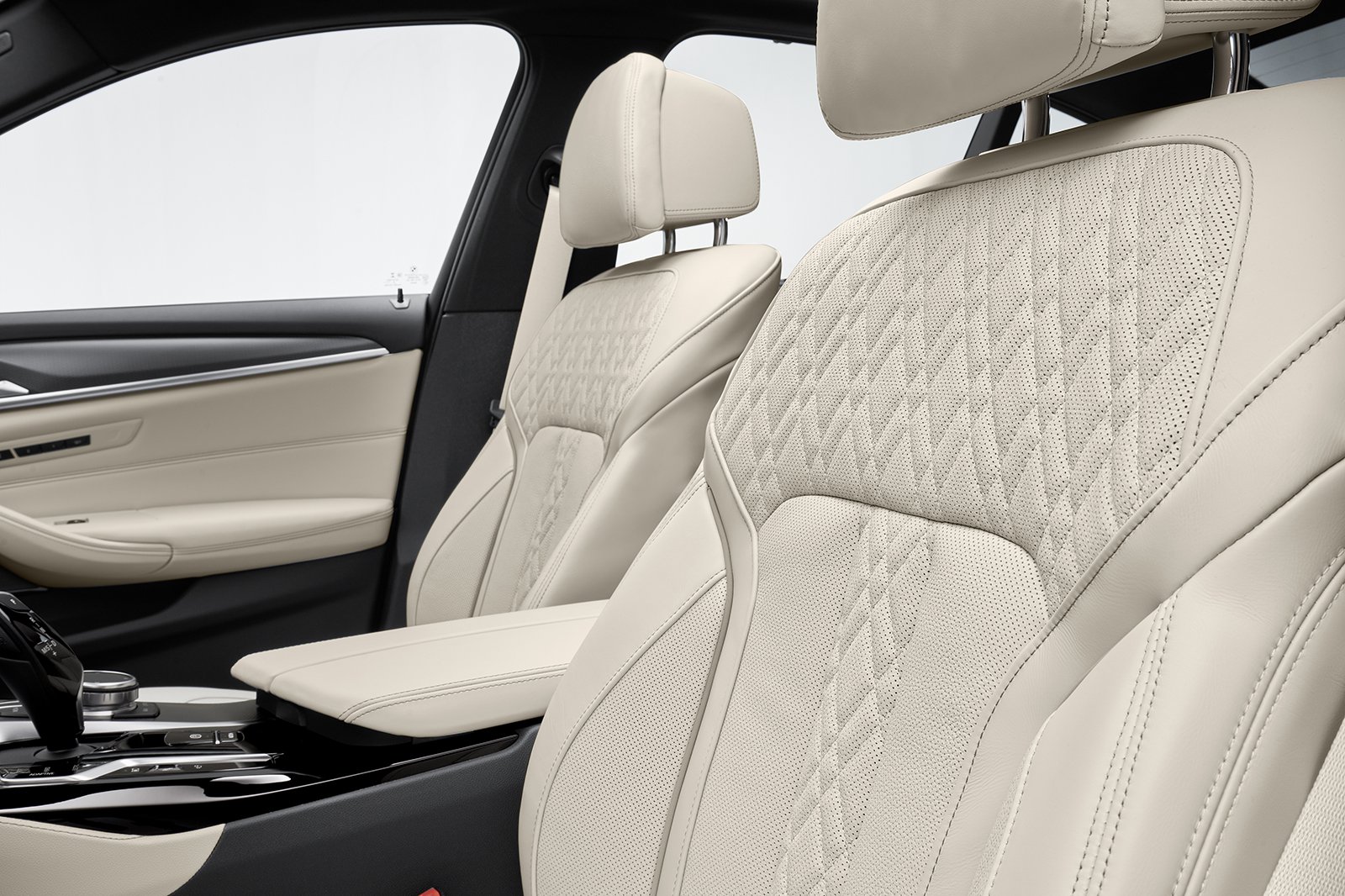 Just like the driver’s seat in the 5 Series, the front passenger seat has electric height and backrest angle adjustment as standard, making it easy to fine-tune the perfect position. It even gets electrically adjustable lumbar support as standard, allowing you to fend off lower back pain on longer journeys.