Space in the front of the 8 Series Gran Coupe is fine for two taller adults and certainly on a par with the competition. It’s quite broad inside, too, so you can spread out across the centre armrest without spilling into your passenger’s space. There are also plenty of storage options for your odds and sods dotted about the interior.

Now for the important question: how spacious is the rear? Well, you get two proper seats and an occasional middle seat that’ll be quite awkward to sit on for long periods; its occupant has to straddle a large hump in the floor. The two outer seats, meanwhile, are supportive and offer similar space to the CLS’s. In other words, there isn’t a lot of under-seat foot space, but six-footers will have enough leg room to sit behind tall front seat occupants. Head room is marginal, but so far we’ve tried only examples fitted with a space-sapping sunroof. The Panamera and A7 Sportback both offer more all-round lounging room, though.

You can fold down the rear seatbacks in a 40/20/40 configuration using handy release levers in the boot. Doing so gives you a fairly flat extended load bay, and with the rear seats up there’s room for around five carry-on suitcases. That means the boot isn’t as big – or as unobtrusively shaped – as an A7 Sportback’s, and it also has a higher load lip and a narrower aperture. 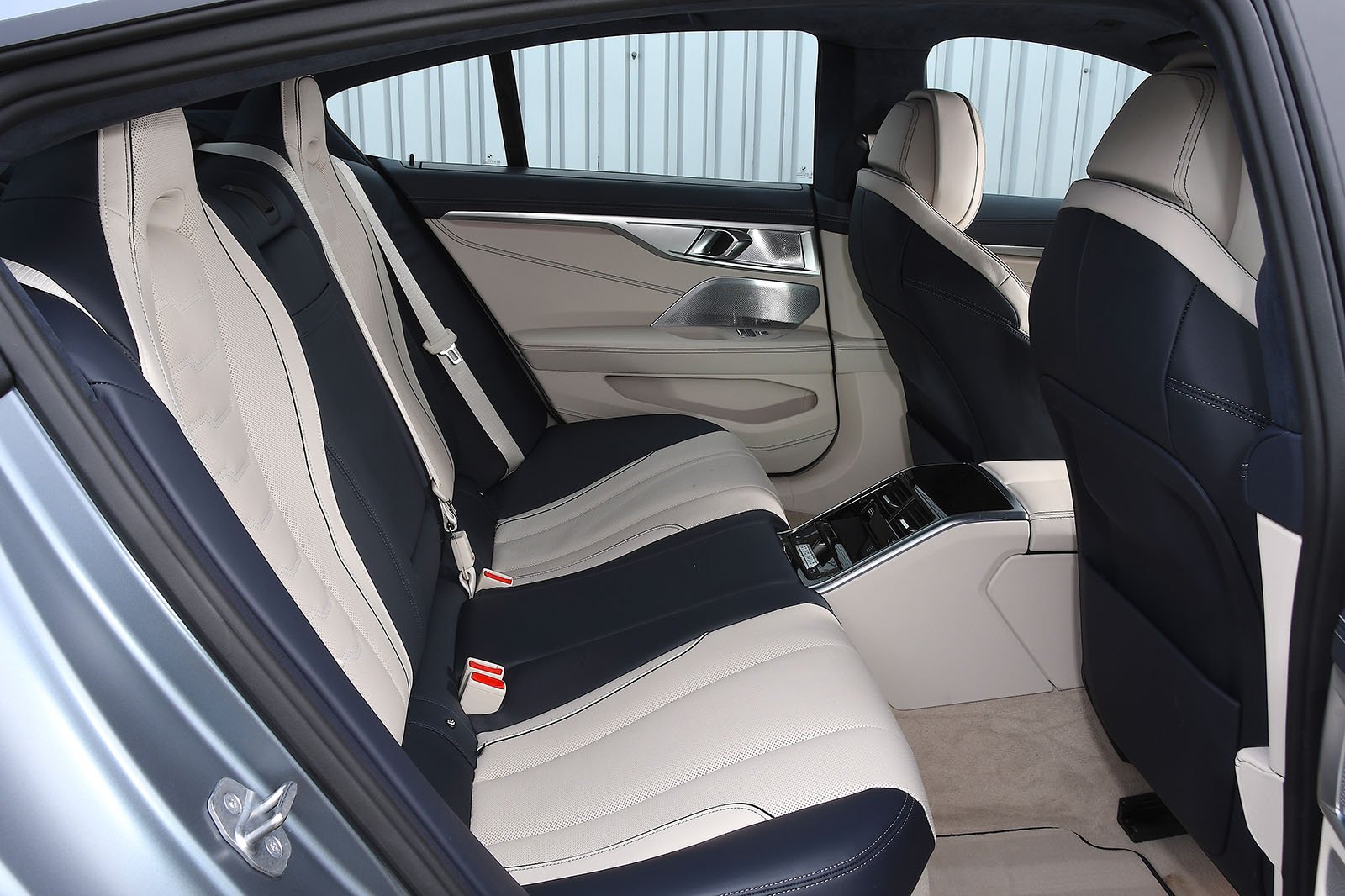