Eagle-eyed BMW fans might have noticed that, despite using the same engine as the M5 saloon, the M850i doesn’t have quite as much power. In effect, the M5’s engine has been detuned for this application, but this fact shouldn’t necessarily come as a disappointment. There’s no doubt that the 4.4-litre twin-turbo V8 feels immensely flexible and impressively refined, imbuing the 8 Series with a sense of duality that entirely befits a continent-crushing, open-topped GT.

It’s smooth and relatively quick to respond to accelerator inputs, with only a short delay between pressing the pedal and feeling the turbos spin up and blasting you down the road. So, not only is it effortless to drive but, with the added traction of xDrive four-wheel drive, you can also deploy all 523bhp with virtually no drama when the road opens up.

We’ve no complaints about the 8 Series Convertible’s cruising manners, either. Apart from a bit of road noise and some faint wind whistle at 70mph, it’s nearly as refined as the 8 Series Coupé when the roof is up. It still doesn’t deliver quite the stately progression of the S-Class Cabriolet, though.

Drop the top and you’ll find the wind deflector does a great job at keeping your hair in place, and it’s possible to hold a conversation, even at motorway speeds. Just as impressive is the car’s rigidity. It takes a very rough surface to get the body flexing, and even then, you’ll only ever see the slightest tremors in the rear-view mirror.

Despite looking like a large, luxury convertible from the outside, the 8 Series shrinks around you on the road. With four-wheel steering and a clever traction-boosting ‘eDiff’ on the rear axle (standard on the 840d and M850i), it feels much nimbler than it looks. Granted, the steering doesn’t tell you a great deal about what’s happening between the tyres and the road, but you can still make surprisingly quick progress, enjoying plenty of grip and traction. It’s certainly more fun for keen drivers than the S-Class or Bentley Continental GT Convertible, but, as we said earlier, those looking for proper sports car thrills should to buy a 911 Cabriolet instead.

A reasonable dose of dynamism comes at the expense of ride quality, though. The 8 Series is quite firm for a luxury convertible, so it's not as supple over speed bump as an S-Class Cabriolet and Continental GT Convertible and fails to waft as well as them on motorways. 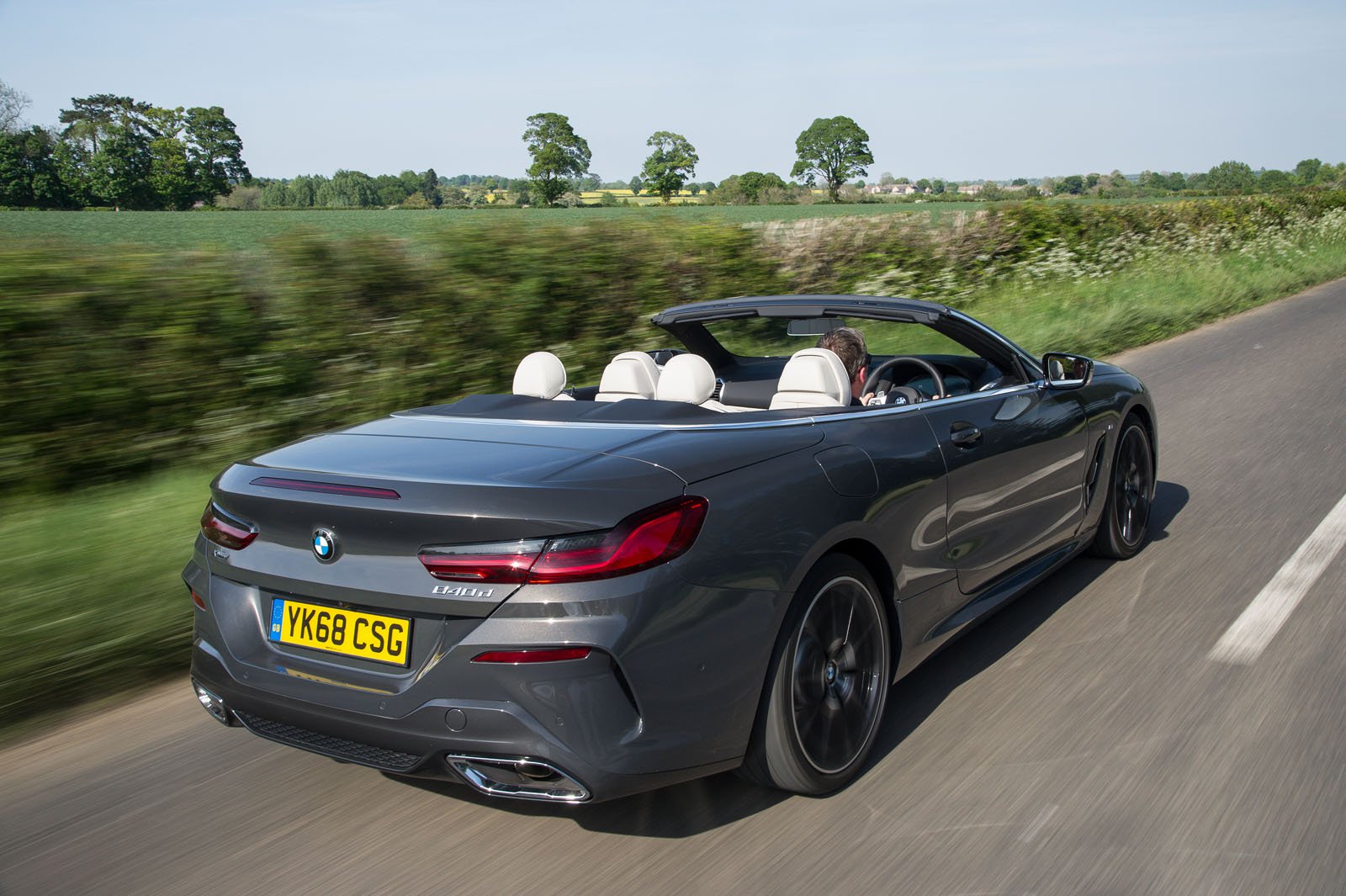