The entry-level BMW X1, the 18i, has a 1.5-litre petrol engine and is available only with front-wheel drive. It’s essentially the same engine you'll find in a Mini Cooper and delivers adequate, if not especially quick, acceleration – 0-62mph takes 9.7sec. But we reckon it's the pick of for most buyers because the more powerful 20i costs a fair bit more to buy and run.

The 18d is also worth a look if you do lots or miles and are willing to consider a diesel. It pulls harder than the petrols at low revs, so it feels a lot quicker than the 0-62mph time of 9.3sec would suggest. You also get the option of four-wheel drive, so we don't see the point in going for the faster xDrive20d.

The plug-in hybrid xDrive25e is the fastest X1 you can buy, though. In our tests it sprinted to 60mph from a standstill in just 6.0 seconds, and also managed 20 miles of pure-electric driving with a full battery charge.

The X1 has stiffer suspension than the majority of family SUVs, so you do feel lumps, bumps and potholes a bit more. While the ride is never truly uncomfortable or jarring, if comfort is a top priority you would be better off with a Range Rover Evoque or Volvo XC40.

Naturally, the BMW X1 is most agreeable on its smallest 17in alloys wheels, which come as standard on SE models. Go for a higher trim level and you'll get 18in rims that worsen comfort slightly, which is compounded by the stiffer suspension fitted to M Sport models. The optional 19in and 20in alloys are really best avoided.

Adaptive suspension is optional on M Sport models and lets you make the suspension firmer at the touch of a button to improve cornering, or soften it for added comfort. While the different modes do make a noticeable difference, even the softest setting delivers a fairly firm ride. 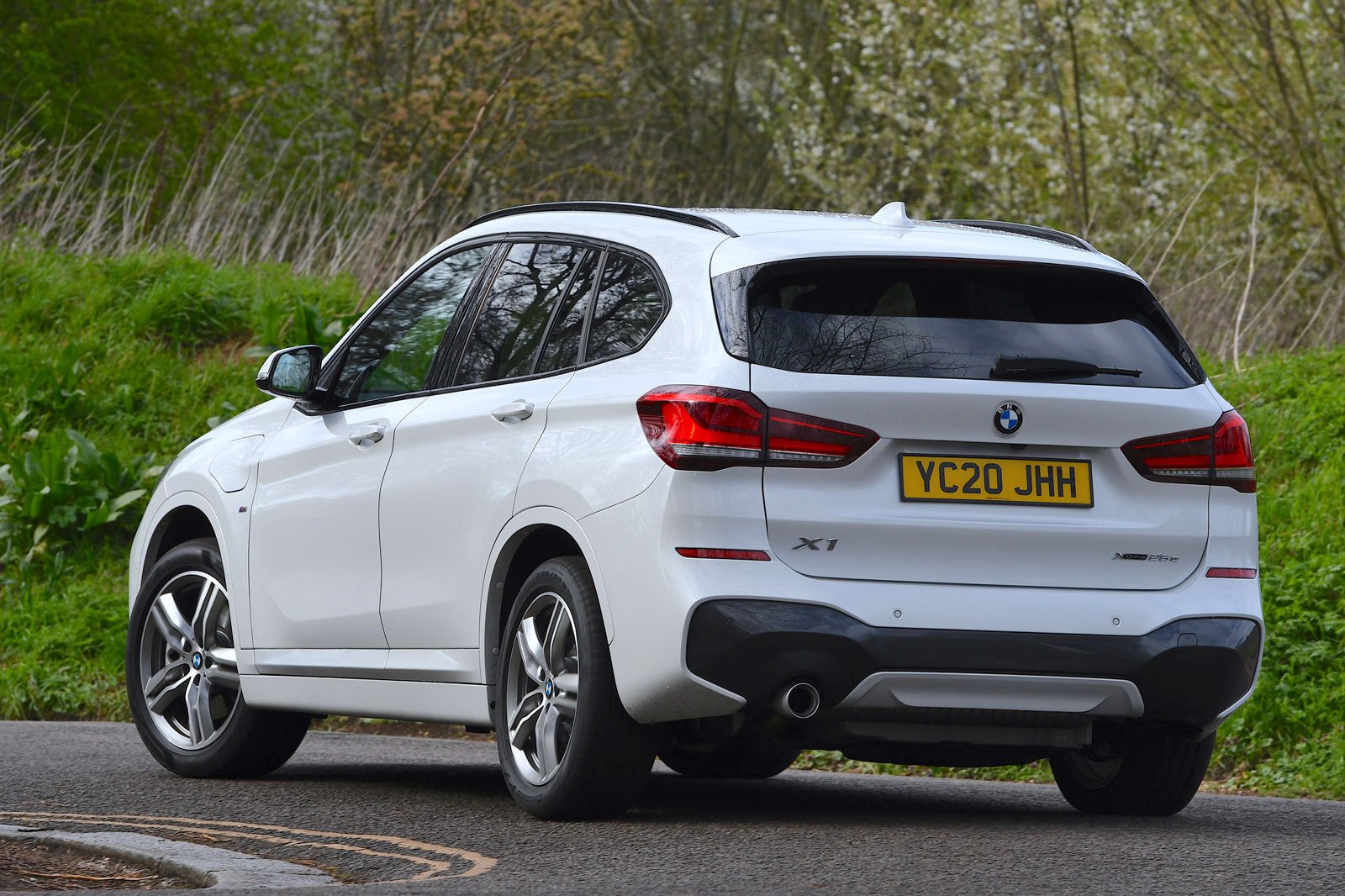 The relatively stiff suspension does at least stop the X1 leaning much through corners. Compared with an Evoque or  XC40, for example, it's far more agile and stays more upright round bends. Indeed, the X1 handles more like a regular hatchback or saloon than most family SUVs.

The steering doesn't give you a brilliant sense of connection with the front wheels, but it's still possible to have some fun along a winding country road. The less practical BMW X2 is an even better choice if you want something sporty, though.

Although four-wheel drive is available on selected engines, it’s only really useful in slippery conditions because the X1 doesn’t have a great deal of ground clearance. Unsurprisingly, the Evoque is a much better option if you need to go off road.

There’s some wind noise on the motorway, although not enough to really bother you. More of an annoyance is the amount of road roar the BMW X1's tyres generate – at 70mph the noise is loud enough to force you and your passengers to speak with raised voices. The plug-in hybrid xDrive25e suffers from that to a lesser degree, but it's still an issue.

The diesel engines can sound a bit gruff under hard acceleration, but they’re quiet at a steady cruise and transmit few vibration through the controls. The petrol engines are pretty smooth and hushed, too, although the Evoque is a quieter car overall.

Meanwhile, the shift action of the X1's manual gearbox is notchier than we'd like and certainly not as slick as a Volkswagen Tiguan's. You can have an automatic gearbox on the 18i and 18d if you're prepared to pay extra, although it isn't as good as the auto 'box you get as standard on the more powerful 20d and 20i models.