" We pick the top 10 mid-sized vans available for lease today."

We pick the top 10 mid-sized vans available for lease today.

Mid-sized vans are incredibly popular in the UK and there are plenty to choose from. It can be confusing to know the difference between them though, as many manufacturers share re-badged versions of what is effectively the same model, so we've picked 10 of the best mid-sized LCVs on the market help you find the right van to lease.

The Ford Transit Custom isn't just the UK's best-selling van, it's also the country’s third best-selling light vehicle, finishing behind the Fiesta and Volkswagen Golf passenger cars in the 2018 sales charts. The Transit name is synonymous with hardworking, evergreen LCVs and the enormous range and breadth of body styles means there's one for every job. It's also brilliant to drive - you could easily be fooled into thinking you're at the wheel of a big Fiesta.

The Volkswagen Transporter can trace its roots back to the 1950s when it was based on the original Beetle and has kept companies in motion ever since. The latest T6 model is a far cry from those early examples, as it's one of the most comfortable and refined medium-sized vans on sale. As with the Transit Custom, there's a huge range of engines and configurations so you won't struggle to find a Transporter for the task at hand.

One of four near-identical vans under the skin, the NV300 is Nissan's version of a joint project between itself, Fiat, Renault and Vauxhall - the latter three manufacturers' offerings are the Talento, Trafic and the Vivaro. A good, honest mid-sized LCV, the NV300 has the edge over its sister vans because it comes with an above-average five-year, 100,000-mile warranty, which gives it two extra years on the other three models.

Like the Nissan, the Citroen Dispatch is the same as the Peugeot Expert and the Toyota Proace underneath, although the Citroen and the Peugeot were revised in 2016 to make them a little more distinct from the Toyota. The Dispatch has a smart interior and is certainly among the more refined mid-sized LCVs on sale, as it's based on a passenger car platform. It also comes with a five-year, 100,000-mile warranty.

It might be among the more expensive medium vans, but the Mercedes is the only premium model in our list. The Vito's cabin is near-identical to the V-Class passenger variant, albeit a little toughened up, so it's well built. It's been around since 1996 through three different generations and - unlike the bigger Sprinter, which only recently got the choice - has always been available with both front- and rear-wheel drive. 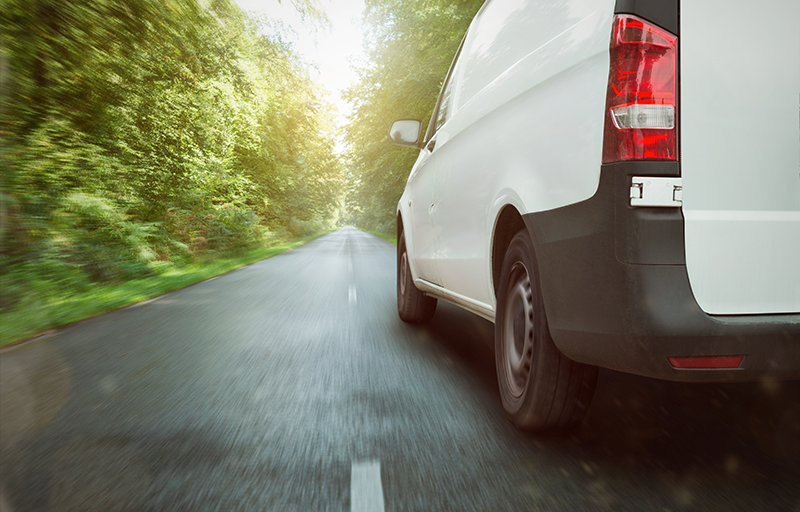 We've already mentioned the shared van venture between Peugeot, Citroen and Toyota and the Expert is the former’s offering. It's extremely similar to the Dispatch, which means it's comfortable and refined with a smart interior, but it's distinguished by an upright and sculpted nose and grille. The 1.6 and 2.0-litre BlueHDi diesel engines are smooth and economical and it's available with a head-up display, which projects key information onto the windscreen in front of the driver.

The last of the three-van tie-up between Citroen Peugeot and Toyota is the latter's Proace. It generally sells in smaller numbers than its French sisters and it's a little more utilitarian, so it's geared towards the fleet market. Its trump card is a combination of the lowest starting price of the trio and a five-year, 100,000-mile warranty, which matches that of the Citroen Dispatch but betters the Peugeot Expert's.

One look at the Fiat Talento is enough to reveal its similarity to the Nissan NV300, the Renault Trafic and the Vauxhall Vivaro, with which it shares a great deal. It replaced the longstanding Scudo in 2016 and uses the same smooth and powerful 1.6-litre twin-turbocharged diesel engines as its three comrades. Those who regularly carry long, thin cargo can specify the optional but handy bulkhead trap door to squeeze them into the van.

It isn't quite as long-established as the Ford Transit and the VW Transporter, but the Renault Trafic has been a fixture of the UK van market since 1981. It's another member of the Fiat Talento, Nissan NV300 and Vauxhall Vivaro quartet and, crucially, has the lowest starting price of the three. You might also be able to bag a special edition, such as the Formula 1 model or the football-themed Premier Edition.

Last but not least is the Vauxhall Vivaro - the only model on our list that's built in the UK. Again, it's more or less the same as the Fiat Talento, Nissan NV300 and Renault Trafic under the skin, but those models are built across the Channel in France. As with its siblings, it's available in two lengths and two heights and offers the same excellent 1.6-litre diesel engines with four power outputs ranging from 94- to 143bhp.