The single petrol engine that the Citroën C4 is offered with is a 1.2-litre turbo, which is available with outputs of 99bhp, 108bhp, 128bhp and 153bhp. We've driven the 128bhp version (badged Puretech 130), and while the resulting car is no rocket ship, it will get you up to 70mph easily enough and pulls harder from low revs than a Mazda CX-30 Skyactiv petrol.

The only other traditional engine available in the C4 right now is a 1.5-litre diesel, producing 108bhp or 128bhp. The latter version (badged BlueHDI 130) has the same output power as the 1.2 Puretech 130 petrol, but having even more low to mid-range shove makes it an effortless motorway cruiser. That said, it’s worth heading to our costs and verdict section to find out why it doesn’t make a great deal of financial sense.

We mentioned earlier that Citroën makes some bold claims about comfort in the C4, and the good news is there’s substance to go with them.

The suspension fitted to the C4 is properly soft, allowing it to glide over minor imperfections in the road surface and cushion you from most ruts and potholes. It’s only when you come across something with a really sharp edge that you feel a sudden thwack; this is a little more pronounced in diesel models, due to the extra weight of their heavier engines.

Unsurprisingly, the downside of the Citroën C4’s set-up is that it can get quite bouncy over undulating country roads. 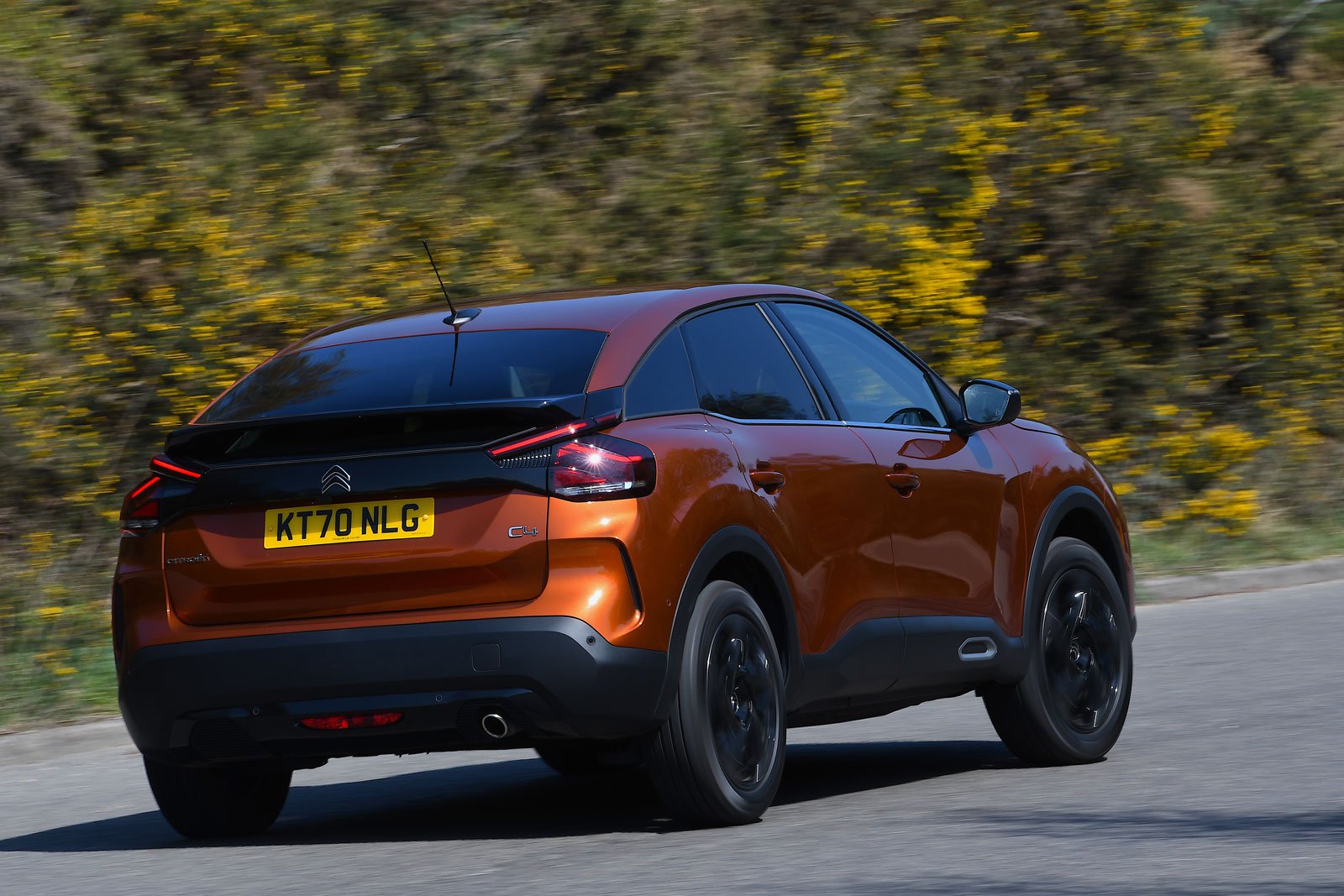 While Citroën is obsessed with comfort, it seemingly couldn’t care less about sportiness, because the C4 leans over dramatically if you try to turn into a bend at speed.

It’s not unpleasant to steer, responding faithfully enough to your inputs and letting go gradually when it starts to wash wide in a corner. However, if you want something that’s agile and entertaining, you’d be much better off with a BMW X2 or traditional family hatchbacks such as the Ford Focus and Seat Leon.

Despite having only three-cylinders, the Citroën C4's Puretech 130 engine is a fairly smooth operator that only becomes vocal when worked hard. And even then, it’s no worse than the 35 TFSI engine that you'll find in the Audi Q3 Sportback.

True, Ford’s 1.0 Ecoboost engine is quieter still, but wind and road noise are very well suppressed in the C4, so it’s a far more relaxing motorway cruiser than the BMW X2. The 1.5 BlueHDI, meanwhile, is surprisingly hushed at cruise, but it does produce a bit of a grumble when cold and sends the odd vibration through the controls when worked hard.

Elsewhere, the standard-fit six-speed gearbox suffers from an overly light clutch pedal and a vague action. You do get used to this with time, but if you enjoy changing gears yourself, the BMW X2’s manual 'box has a more precise shift action that offers greater satisfaction. In fact, we’d rather stump up the extra for the optional eight-speed automatic. It’s not perfect and can be a little abrupt at parking speeds, but once on the move its smooth and quick to respond when you need a burst of acceleration.