While the Citroën C4 isn’t especially spacious up front, it’s roomier than it feels; your close proximity to the windscreen pillars can leave you feeling a little hemmed in, but in reality, six-footers fit easily enough, even if you specify the optional panoramic glass roof.

There are also some thoughtful storage touches, including a dedicated area for your smartphone and (on all but the entry-level trim) a tray that slides out of the passenger’s side of the dashboard to which you can clip a tablet.

Two adults will fit in the back of the C4 and have plenty of room for their feet beneath the front seats. However, they won’t have much head or leg room to spare; some more traditionally styled family hatchbacks and SUVs are better in this respect.

Shoulder room becomes tight if you add a middle passenger, too, and there’s a good chance he or she will have to duck due to the slightly raised seat. 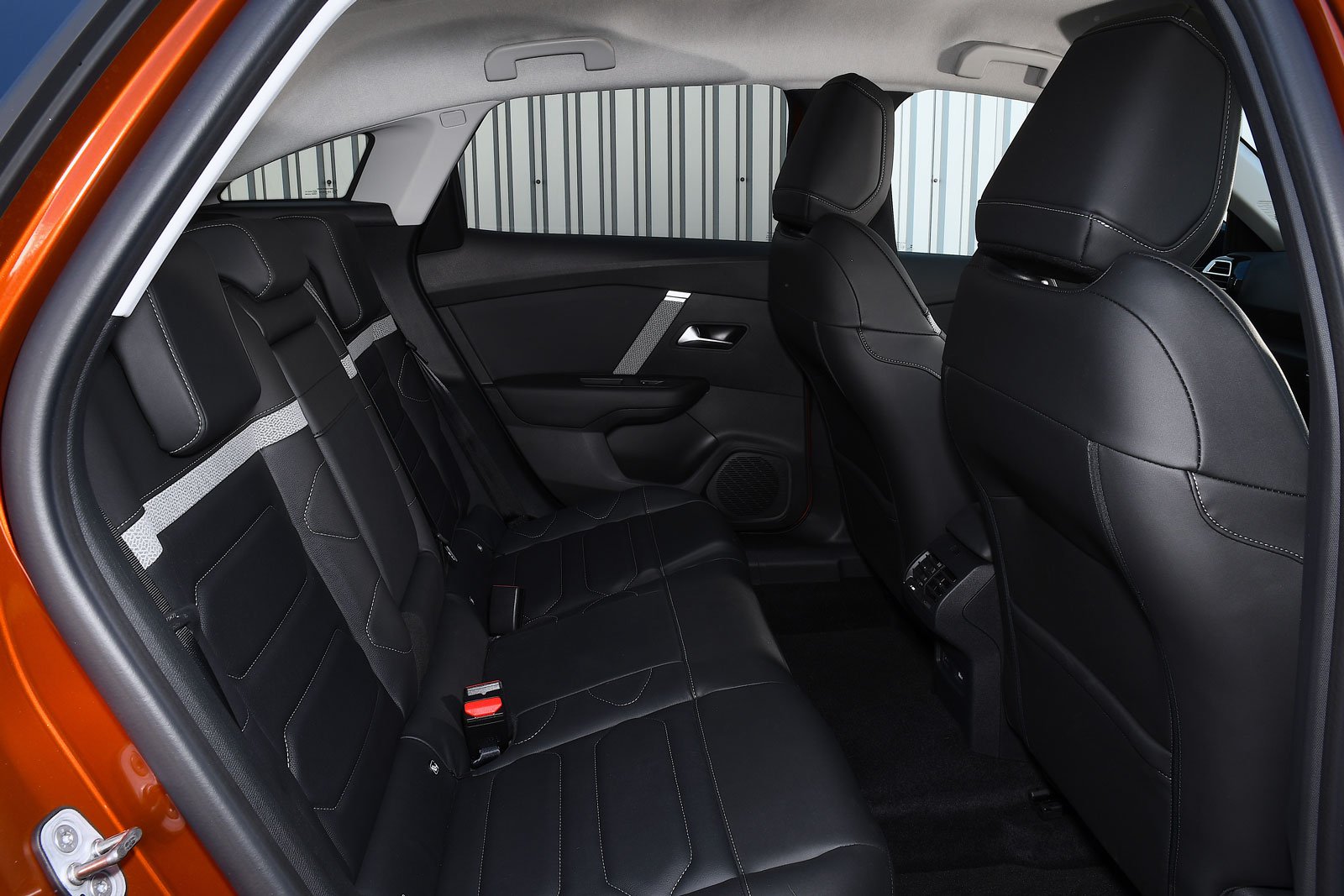 The Citroën C4’s rear seats don’t do anything clever, such as sliding or reclining. But as with most family hatchbacks, you can fold down the 60/40 split backrests by pulling levers next to the outer rear head restraints.

Once dropped, the backrests lie virtually flat, leaving you with a more or less uninterrupted load floor all the way to the front seats.

At 380 litres, the Citroën C4’s boot is about the same size as the Toyota C-HR’s, but while that means it will take five carry-on suitcases beneath its parcel shelf, you can get seven in the BMW X2. Even traditional family hatchbacks such as the Ford Focus and Skoda Scala will take six and seven respectively.

More positively, the boot floor is height adjustable, with only a small lip to lift luggage over when it’s in its highest position.