What used Ferrari 360M sports will I get for my budget?

How much does it cost to run a Ferrari 360M sports?

The 360 may have been the most affordable Ferrari of its day, but this doesn't mean that 'affordability' is a word that applies to the brand. It cost well over £100,000 when it was new, and with a retained value of almost 70% after three years, even the oldest examples will cost you an absolute packet.

Maintaining your 360 will also cost a not-so-small fortune. The exotic, complicated parts are expensive to replace, and with service intervals rolling around every 6000 miles, visits to the garage will empty your wallet on a regular basis. It needs to be done, too, because you really don't want to neglect a car like this.

The 360 returns just 15.8mpg on average, and that's if you're careful, which you won't be. Insurance costs are also colossal, and the 360 obviously falls into the most expensive group 20. 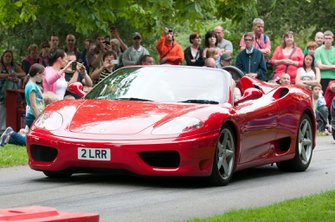