What used Ford Ecosport hatchback will I get for my budget?

To join the Ecosport club you’ll need around £6000, at the time of writing. This will buy you an early car with an average mileage for the year and a full service history, bought from an independent dealer or a trader. Up the money to around £8000 and you’ll net a good 2016 car that satisfies the same criteria. Expect to pay £11,000 for a facelifted example from late 2018.

Check the value of a used Ford Ecosport with What Car? Valuations 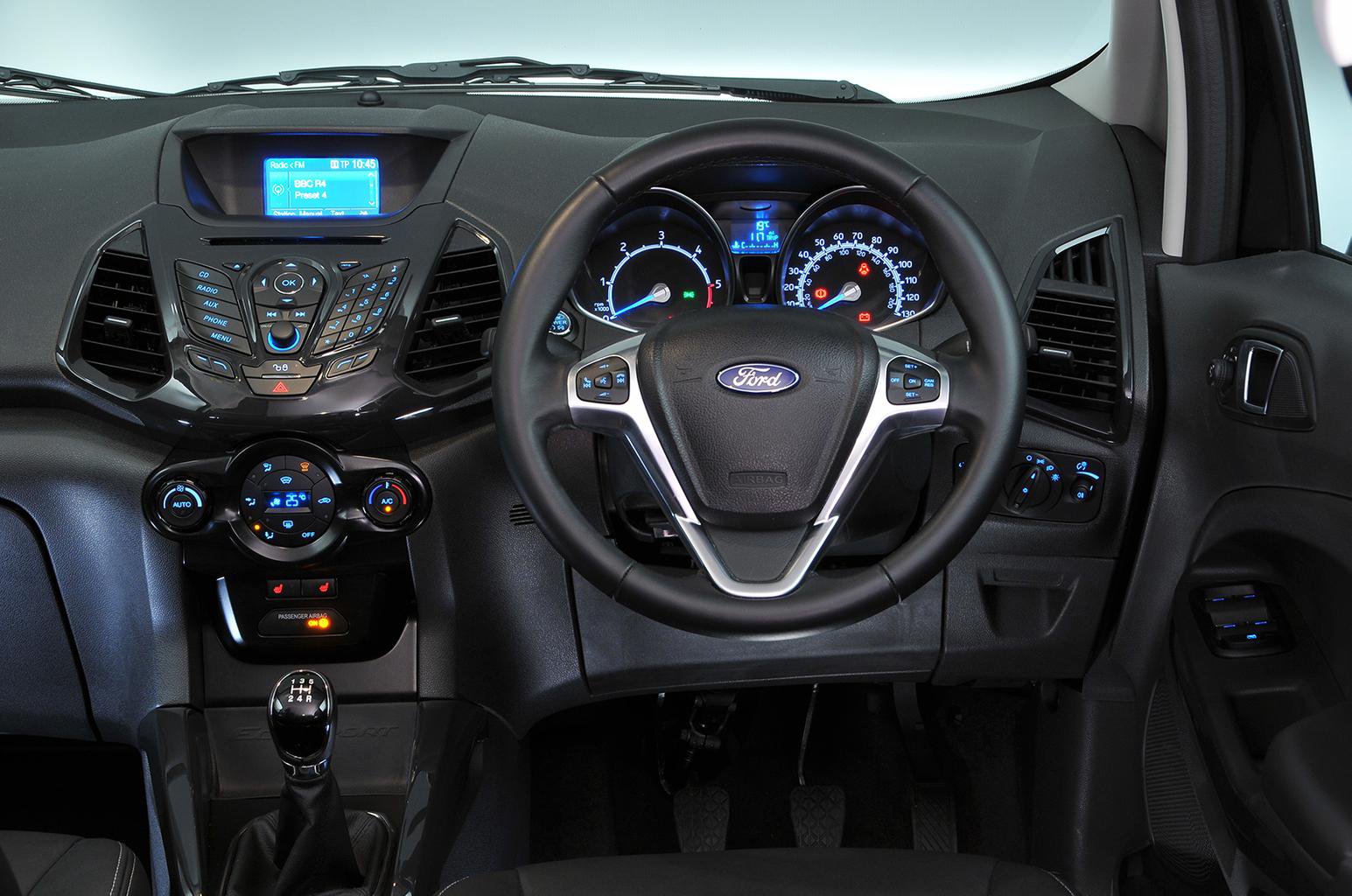 How much does it cost to run a Ford Ecosport hatchback?

The latest post-facelift version of the 1.5 TDCi diesel is the most economical engine, with a claimed average fuel consumption figure of 64.2mpg. Choose one of the 1.0 Ecoboost engines and the best-performing can claim an average figure of 52.3mpg. Early versions fitted with an automatic gearbox came exclusively with a 1.5-litre petrol that only manages 44.8mpg.

Cars registered before the tax changes of April 2017 will be relatively cheap in VED road tax, while those registered after will all be charged at the new unified rate. You can find out more about road tax costs here.

A Ford service plan for the Ecosport includes three services over three years and 60,000 miles, as well as the Ford Assistance breakdown plan. Payments can be budgeted by direct debit. Alternatively, examples that are outside of the manufacturer's warranty period can qualify for cheaper Ford Essential servicing that starts from £169 per visit.