What should I look for in a used Ford Focus estate?

Style and Zetec models miss out on parking sensors, so be on the lookout for dents and scratches to bumpers and bodywork. Make sure the paint finish is uniform; otherwise it could have been repainted. Check if there is any history of this if you suspect it has.

Listen out for any squeaks and rattles on the test drive and make sure all the electrics work as they should. It’s quite a new car so it’ll still be under warranty if you need to get anything sorted. Make sure the plastics aren’t heavily scuffed on door trims. 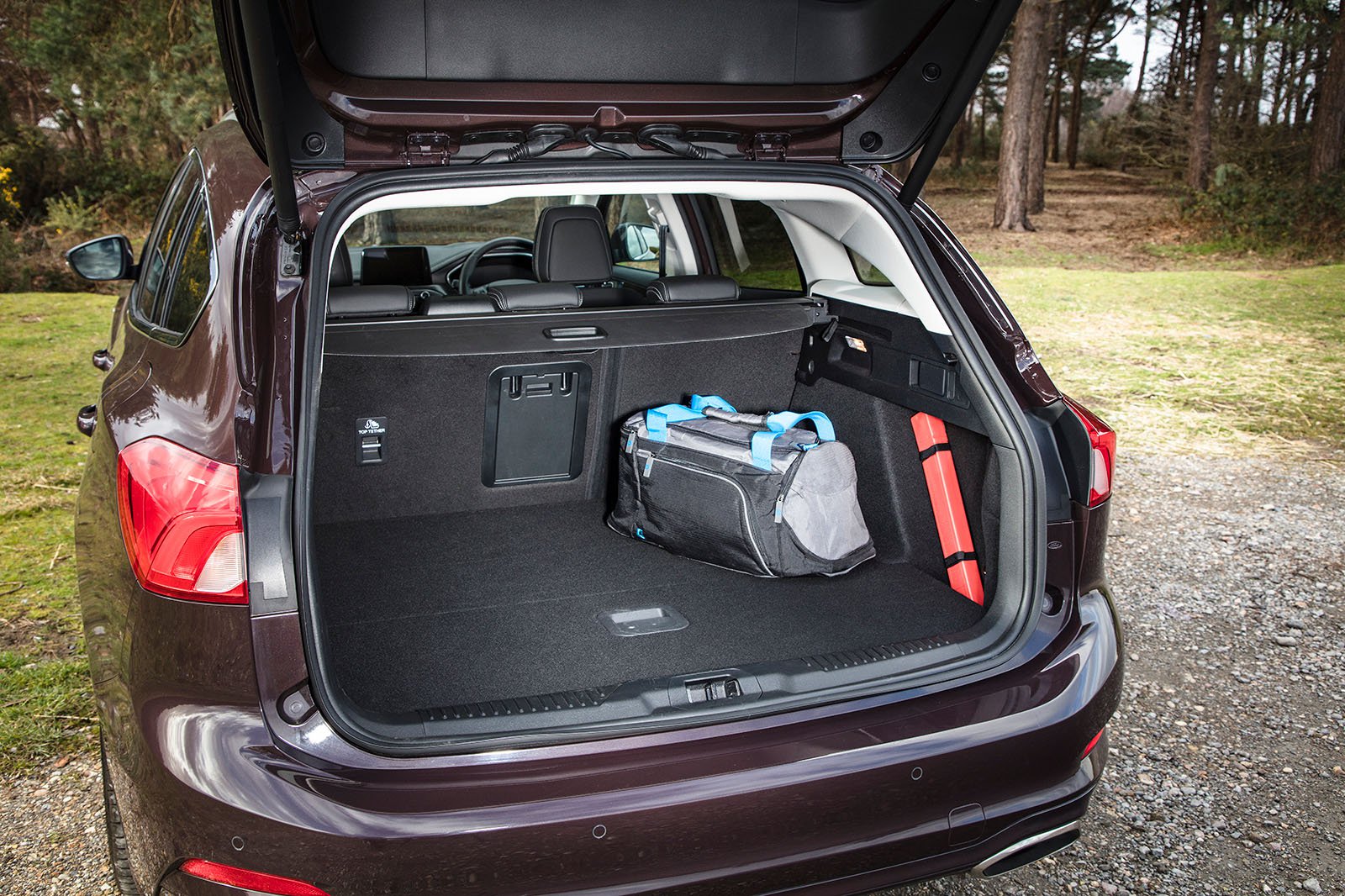 What are the most common problems with a used Ford Focus estate?

There's a potential for the rear doors to open when the windows are lowered with some examples made between 12 March 2018 and 21 January 2019. If your car is affected, it'll need to be taken to a Ford dealer to have the door release cable adjusted to prevent this from happening.

The brake pedal hinge bolt on early cars built between 19 October 2018 and 8 December 2018 may not be to specification. A lot of the cars affected will have had this recall work carried out before being delivered to their first owners, but check with a Ford dealer before you buy.

Owners of early cars have noticed a warning message popping up for the particulate filter that’s fitted to 1.0-litre and 1.5-litre petrol engines suggesting that it’s full. This should be fixed with a trip to the dealer to reprogram the parameters of the system.

There has been a problem with the assembly of the rear door latch assembly on some cars made between 16 April 2018 and 2 August 2018 that could result in the manual child door locks not working correctly. Speak to a Ford dealer about this, because they'll need to inspect the mechanism and replace it if your car is affected by the recall.

Some of the bolts connecting the front suspension on some models manufactured between 22 September 2018 and 10 November 2018 might not have been tightened correctly at the factory. Speak to a Ford dealer about this, because they'll be able look at your car and check the tightness of the bolts if it's affected by this issue.

There have been two recalls relating to a stud on the gearbox damaging the wiring loom to the engine. The first applies to cars made from 21 March 2018 and 7 March 2019, and the second for those built between 31 July 2019 and 4 March 2020. Any affected car will need to be inspected at a Ford dealership to have modifications carried out and repairs to the loom if any damage is found.

A problem has been found with the power distribution box fitted to some examples manufactured from 14-16 October 2019 which could cause a number of electrical gremlins. Find out if your car is affected by this because it'll need to have this box replaced if it is.

The bolts holding the seat belt mechanism to the car body might not be tight enough on a small number of Focus cars built between 7 May and 30 September 2019. If your Ford is affected, it'll need to go to a dealer to have these tightened down.

The latest Focus went through some teething troubles last year because it was an all-new model, but things have improved this year to enable it to climb up to 9th place out of 24 in the family car class. Ford generally does okay with most of its models, although the 18th place finish out of 31 manufacturers is a little disappointing.