What should I look for in a used Ford Focus hatchback?

The oldest examples of the second-generation Ford Focus are now into their second decade, so don’t expect perfection. Do look for an extensive service history and evidence that the cambelt has been changed relatively recently.

Post-2007 cars come with a greater amount of equipment, so seek them out if they’re within your budget. Check for general signs of abuse - also paint chips, because the Focus is prone to rusting if paint damage isn’t dealt with.

It should drive crisply, so any unexpected movement or noise from the suspension points to worn components, and the rear springs are known to break (as they did in its predecessor).

If the car you’re looking at has air-conditioning, then ensure it blows cold. You should also check the foot wells and boot for dampness, because the door seals and rear hatch are not always as watertight as they should be, and this can cause issues with the electronics, connectors to corrode and bulbs to blow. 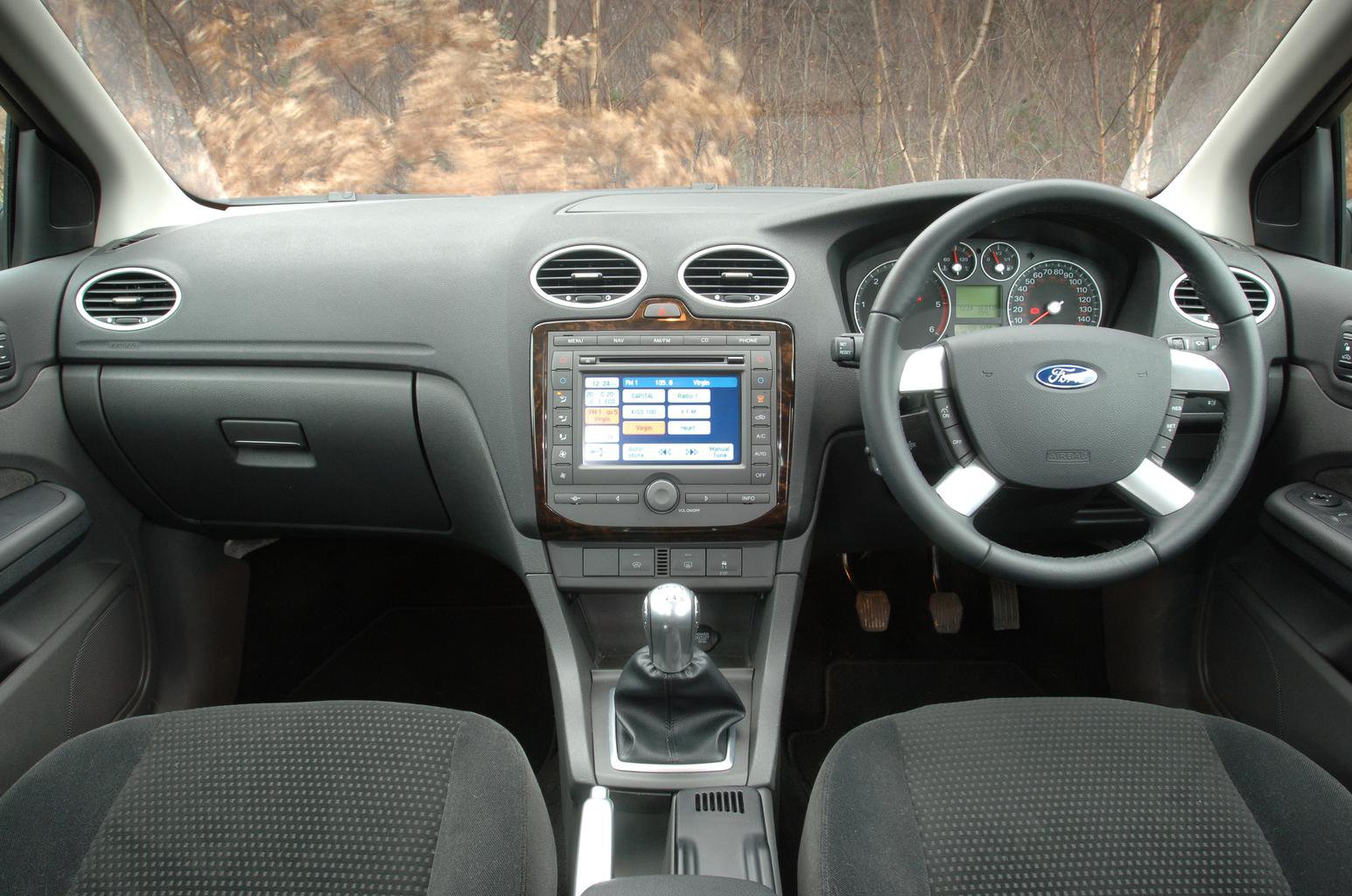 What are the most common problems with a used Ford Focus hatchback?

Quite simply, neglect; with so many built and the advancing years for this model, the Focus is now so inexpensive to buy that people don’t spend money keeping on top of servicing.

Known issues include blocked diesel particulate filters, and it's worth checking the rubber pipes attached to this that allow the ECU to monitor it: if they perish it’ll exacerbate the problem.

There have been reports about rusting front wheel arches, so take a good look in and around the arch liners for any sign of rot.

Coil packs can be problematic on the petrol models, causing stuttering performance, while spark plugs can corrode badly, and like its predecessor the heated windscreen often fails.

The power steering can give up the ghost too; it's down to the gaiter wearing and the system losing its lubrication.

The problems that the Ford Focus might harbour are not uncommon of any car of its age, so don’t be put off by the potential issues listed above.

Normal service items such as brake pads, discs, oil filters et cetera are all readily available and are consumed at a similar rate as those on rivals.

Like all cars, those that have been better cared for will be more reliable, and with so many around it’ll be worth the effort of finding a correctly serviced example, even if it costs you a little bit more to buy.

As cars age, failing items such as dual mass flywheels, turbos and diesel particulate filters could result in an economic write-off, due to the parts prices and the cost of fitting them.