Whether or not the Mondeo Estate makes financial sense for you depends on how you're buying it. You'll need to negotiate a big discount if buying privately to make up for heavy depreciation, and PCP finance deals aren't particularly competitive, either.

However, if you're considering the Mondeo Estate as your next company car, then it is quite a bit more compelling. The Econetic version of the 1.5 TDCi emits just 94/km of CO2, so this model qualifies for a very low benefit-in-kind (BIK) tax rate.

The promise of 78.5mpg may be wildly optimistic but the 53.7mpg achieved in our real-world True MPG tests by the Mondeo hatchback with this engine is very impressive for such a big car.

It's the cheapest versions of the Mondeo Estate that undoubtedly make the most sense, so we reckon entry-level Zetec Edition trim is all you really need. You get plenty of standard kit, including 17in alloy wheels, dual-zone climate control, front and rear parking sensors, cruise control and sat-nav.

Stepping up to ST-Line brings bigger wheels, sportier styling and push-button start, but you also get sports suspension that does the ride no favours. However, if you want leather seats, it is worth thinking about Titianium Edition trim; as well as hide upholstery, it also brings automatic lights and wipers, keyless entry and start, as well as electric and heated seats front seats.

The posher trims, including ST-Line Edition and Vignale, are too pricey to recommend. 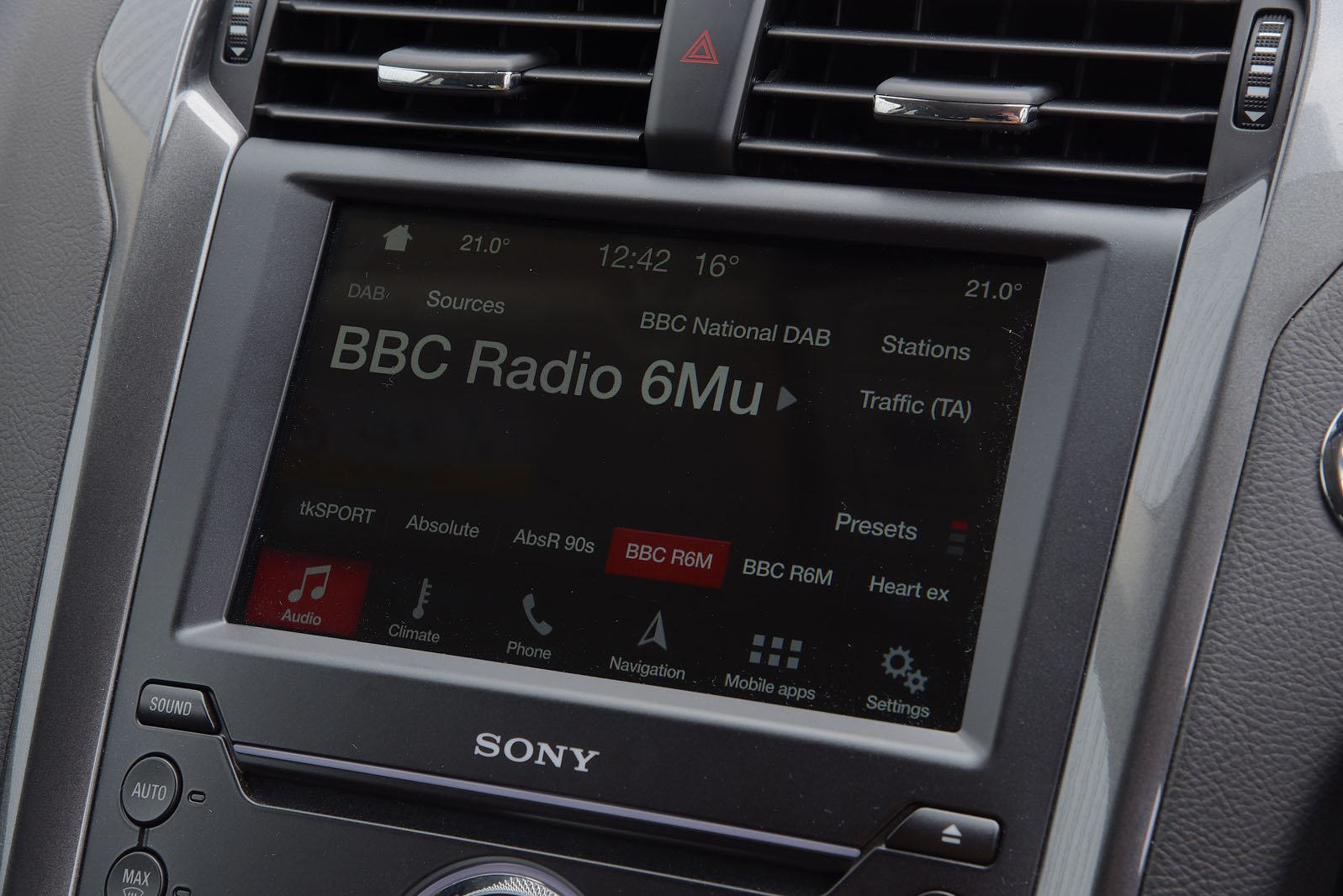 The Mondeo Estate doesn't feature in our latest reliabiilty survey, although Ford as a brand finished in an impressive ninth position out of 32 manufacturers.

Parts should be very widely available and Ford’s dealership network is huge, so unless you live in very far-flung regions you shouldn’t need to travel far.

There’s masses of safety kit as standard on the Mondeo Estate, such as emergency brake assist (where maximum braking pressure is applied if the system detects you aren’t braking hard enough) and seven airbags, including one for the driver’s knees.

There is a system that informs the emergency services automatically if an airbag goes off or the fuel pump is deactivated in an accident, providing you’ve got a functioning mobile phone paired to the Bluetooth system. Lane-keep assist and traffic sign recognition – which shows the speed limit in the driver’s readout – is standard on Titanium and Vignale or optional on Zetec Edition.

Other optional systems include automatic emergency braking and adaptive cruise control, and even seatbelt airbags for the two outer rear seats, which help to reduce potential injuries caused by the belt itself.

The Mondeo was awarded the full five stars in its Euro NCAP crash test, and matched the Volkswagen Passat Estate on all the key areas, but faired slightly worse for side-impact protection. Security experts Thatcham Research gave the car five out of five for resisting theft and four out of five for resisting being broken into – this result is on a par with most rivals. All Mondeo models get remote central locking and an alarm.