You sit slightly lower than you do in many MPVs, but it’s a matter of personal preference whether or not you think that’s a good thing. Some drivers will prefer the more elevated driving position offered by some rivals, while others will appreciate the S-Max’s more hatchback-like arrangement.

Either way, there’s a wide range of adjustment to help you find a comfortable driving position, and you’re unlikely to suffer from backache on long journeys because adjustable lumbar support is standard across the range. As a bonus, the seat is more heavily bolstered than those in many MPVs, so it holds you securely in place through corners. 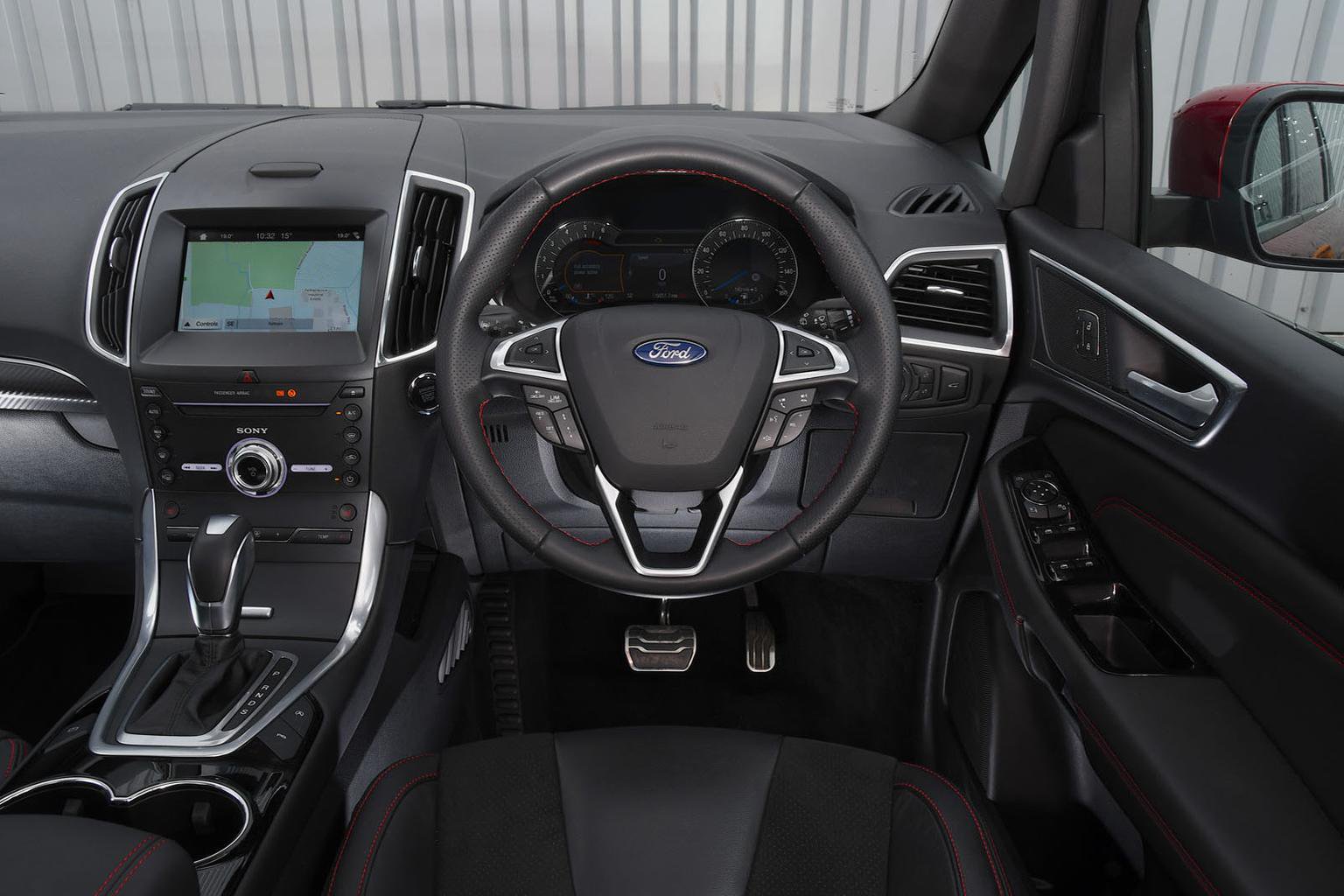 All models get an 8.0in touchscreen with a DAB radio, voice control, sat nav and Bluetooth, as well as Apple CarPlay and Android Auto smartphone mirroring. Ford's Sync 3 infotainment system is fitted to the majority of its cars.

The screen is reasonably bright but readily shows up fingerprints, particularly when the sun is shining. The layout of the menus could also be more intuitive, while some of the icons are rather small and tricky to hit while driving. Even so, it’s better than the system you get in a Citroen Grand C4 Spacetourer.