What used Honda Accord saloon will I get for my budget?

How much does it cost to run a Honda Accord saloon?

When it comes to emissions, the lower-powered diesel emits 148g/km, while the Type S produces 154g/km. The petrols produce between 168g/km and 209g/km.

Insurance premiums aren't unreasonable, with the majority of models classed between groups 22 and 27.

One benefit of Honda ownership is the slow deprecation rate, especially in the desirable diesel models.

Servicing costs are generally slightly cheaper than those of rivals such as the Ford Mondeo and the Volkswagen Passat, but the Honda will cost more to buy in the first place. 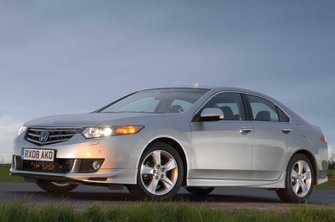