What should I look for in a used Honda Civic hatchback?

Seals around the headlamps and rear windows can perish, causing misting in the former instance and a wet boot carpet in the latter. Speaking of lights, the location of the fog lights in the outer edges of the front bumper make them vulnerable to damage. A genuine Honda replacement part costs in the region of £100, so ask the seller to do the work for you or discount the car accordingly.

Listen out for squeaks and rattles from the interior, and check the condition of the seats as the side bolsters can wear. Also, make sure the paintwork is in good condition, as it is proving to be particularly susceptible to damage.

There have been a few recalls in the Civic’s life, including one that applies to cars built between August 2009 and April 2010 to address a faulty pin in the brake pedal assembly that can lead to an increase in stopping distances. Additionally, Type Rs needed to return to dealerships to correct wiring under the passenger seat that can potentially lead to a short circuit. If you contact a Honda dealer with details of the car you’re looking at they should be able to tell you if the work has been carried out. 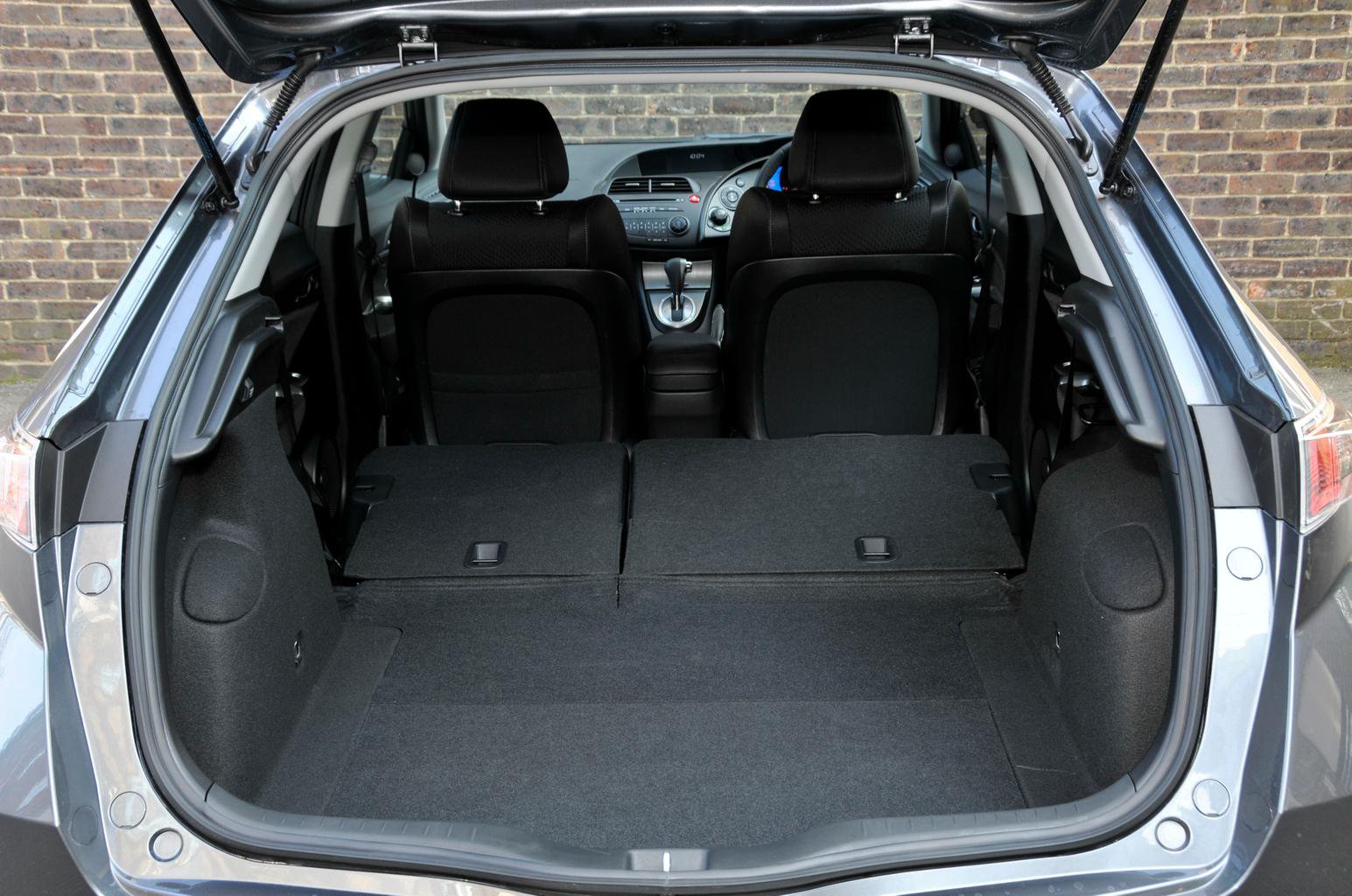 What are the most common problems with a used Honda Civic hatchback?

Diesel engines can consume a lot of oil (more than one litre per 1000 miles in some cases) so be wary if the oil level is low, particularly as the Civic doesn’t have a warning light to alert its driver of the fact. Again with diesels, clutches and dual-mass flywheels can need replacing at about 80,000 miles, so be wary that cars around the mileage might soon need hundreds of pounds spending on them if the work hasn’t already already been done.

This generation of Civic was not fitted with a diesel particulate filter (meaning it’s not Euro 5 compliant), so there no expensive replacements to worry about.

There are no major faults with the petrol engines or gearboxes, but if you are considering an automatic be sure to test drive it before committing to purchase because Honda’s i-Shift unit is an acquired taste.

Although this version of the Civic suffered more faults early in its life than you might expect, these have largely been fixed under warranty or addressed as part of ongoing development.

As such, provided there’s evidence that the car you’re looking at has been cared for, it should be a reliable companion, particularly in petrol form.

Honda as a manufacturer finished in sixth place in the most recent What Car? Reliability Survey, reflecting its fine reputation in this regard.