Hyundai has no petrol options at all for the i40 Tourer. Instead, you get a choice of two versions of the same 1.7-litre diesel, one with 113bhp and the other 139bhp.

The lower-powered version is cheaper to buy and has enough get-up-and-go around town and beyond for it to make the most sense for most people. It pulls pretty well from low revs and hauls the i40 Tourer up to motorway speeds without ever feeling out of its depth.

The more powerful model will be preferable if you regularly carry a full car of passengers and luggage; it’s faster in a sprint and pulls hard in gear – this might come in useful over particularly hilly terrain. Most buyers, though, will find the 113bhp version just fine. Bear in mind that almost all of the i40 Tourer’s rivals offer far more powerful diesel (and petrol) variants.

Whichever version you end up with, Hyundai’s 1.7 diesel engine isn’t the most refined of the class. It’s grumbly in cold weather and sends some vibration back through the controls when pushed hard, making quite a din in the interior at the same time.

The i40 Tourer’s ride and handling aren’t much to write home about either. Models with smaller alloy wheels are more comfortable, and at higher speeds it manages to remain decently controlled. At lower speeds, though, especially with 18in wheels, the i40 Tourer can thump into ruts and potholes, getting quite out of shape.

In addition, the steering is pretty uninspiring; it’s fairly precise but quite slow, weirdly weighted and devoid of feel. Pair that with a body that leans quite a long way in bends and the i40 Tourer feels dull to drive next to a Ford Mondeo or Skoda Superb Estate. 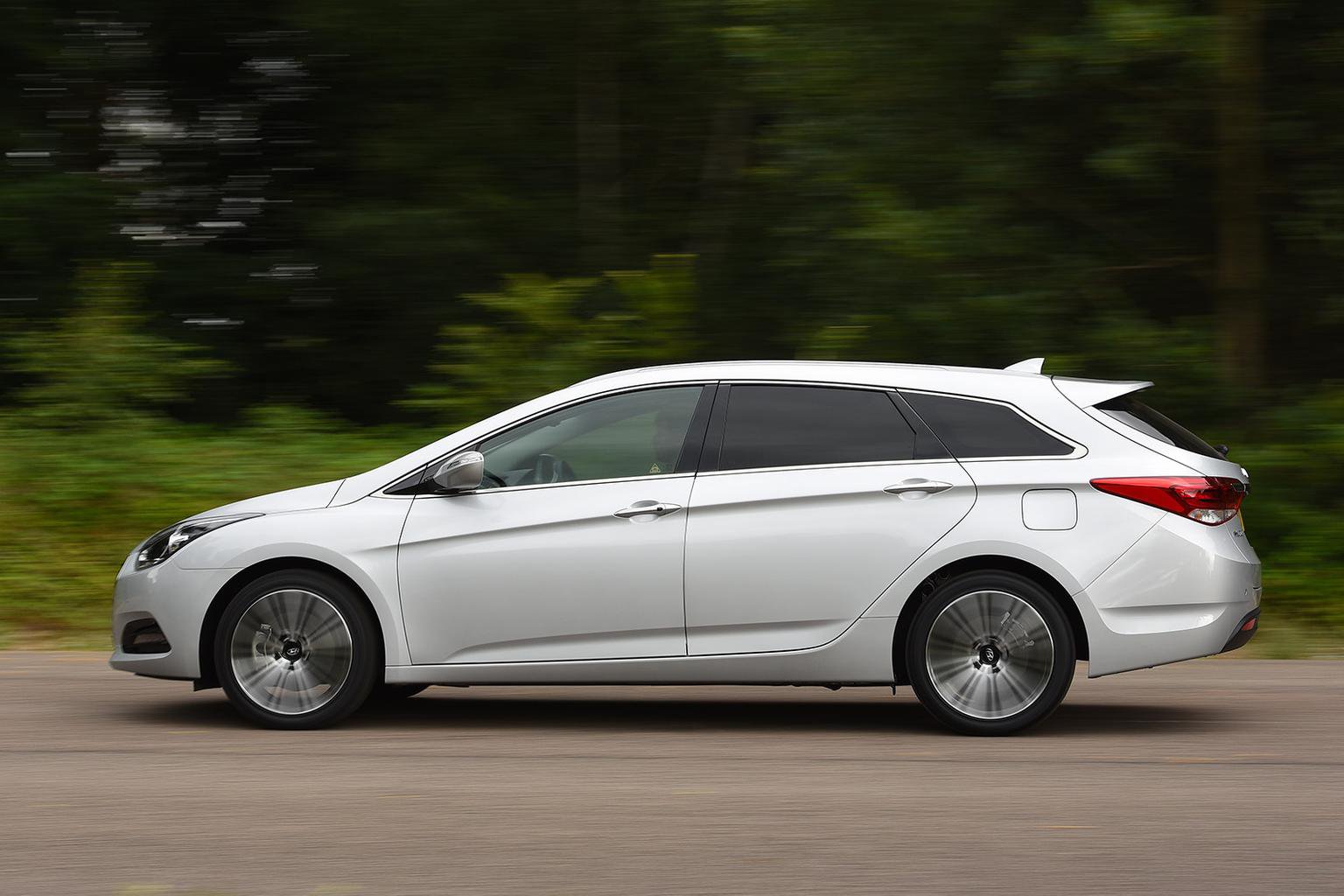