Few people, even those who are well over six feet tall, will complain about the amount of space in the front of the Kona Electric.

Rear space isn’t anything to write home about, though – a pair of six-footers will fit, but anyone taller will probably notice their head brushing the ceiling. True, rear head room is also an issue in the Nissan Leaf, but the Leaf compensates with considerably more rear leg room. If you want an electric car that's more accommodating for your rear passengers, take a look at the Kia e-Niro, Volkswagen ID.3 or MG ZS EV.

If you need a big boot, the Kona Electric isn’t the car for you, either. We managed to squeeze just four carry-on suitcases into its shallow load bay, whereas the Peugeot e-2008 and e-Niro can swallow five, the Renault Zoe six and the Leaf seven.

You do get 60/40-split folding rear seats for those occasions you need to carry more, which, when folded down, lie almost flat and don’t leave a step in the extended boot floor. There’s no load lip to haul heavy loads over at the boot’s entrance, either. 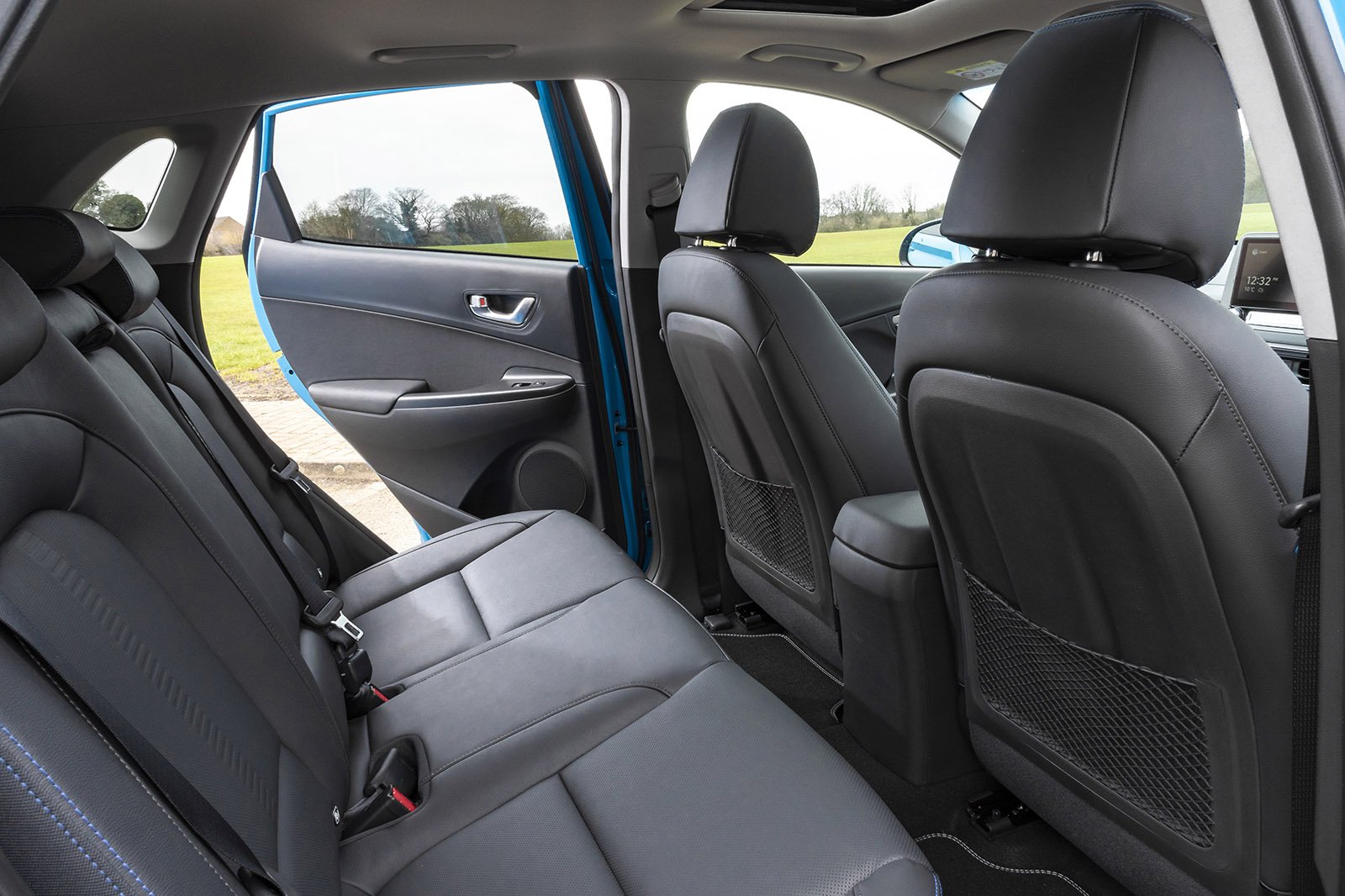