Which used Hyundai Sonata saloon should I buy?

This Audi-meets-Honda-shaped Sonata was launched in 2005 with a 158bhp 2.4 petrol engine, and this is the pick of the bunch for its all-round balance of price, performance and economy.

In 2006, however, it was ditched and three new engines appeared. The cheapest of those on the used market is the 143bhp 2.0 petrol, while a 138bhp 2.0 CRTD turbodiesel gives more muscular real-world pull and good economy. The 232bhp 3.3 V6 petrol version is hot-hatch swift (0-60mph in 7.8 seconds, and a 143mph top speed) but it's far too much power for this chassis to cope with. 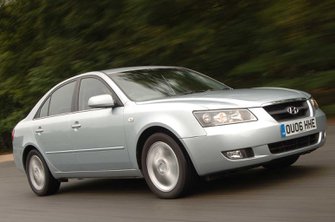