What should I look for in a used Hyundai Terracan 4x4?

The Terracan is a rough and tough off-roader, which seems able to withstand anything. We have heard of no major problems, and it has had no recalls.

Owners are almost all positive. They like the towing ability, the low prices and most seem very happy with the mpg they're getting from such a large car. The Terracan has also found favour with those who use it off-road.

Even in the future, we expect few problems from the Terracan, and thanks to the five-year new-car warranty, even the earliest vehicles still have some cover left on them.

To cap it all, figures from Warranty Direct show that claim rates on Hyundais are only a little worse than those of Mazdas and Toyotas, and the performance of other Hyundai 4x4s in JD Power surveys has always been good - the Santa Fe finished in the top 20 in 2005, and the top 40 a year later.

What are the most common problems with a used Hyundai Terracan 4x4? 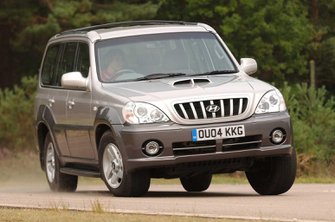