What used Infiniti Q50 saloon will I get for my budget? 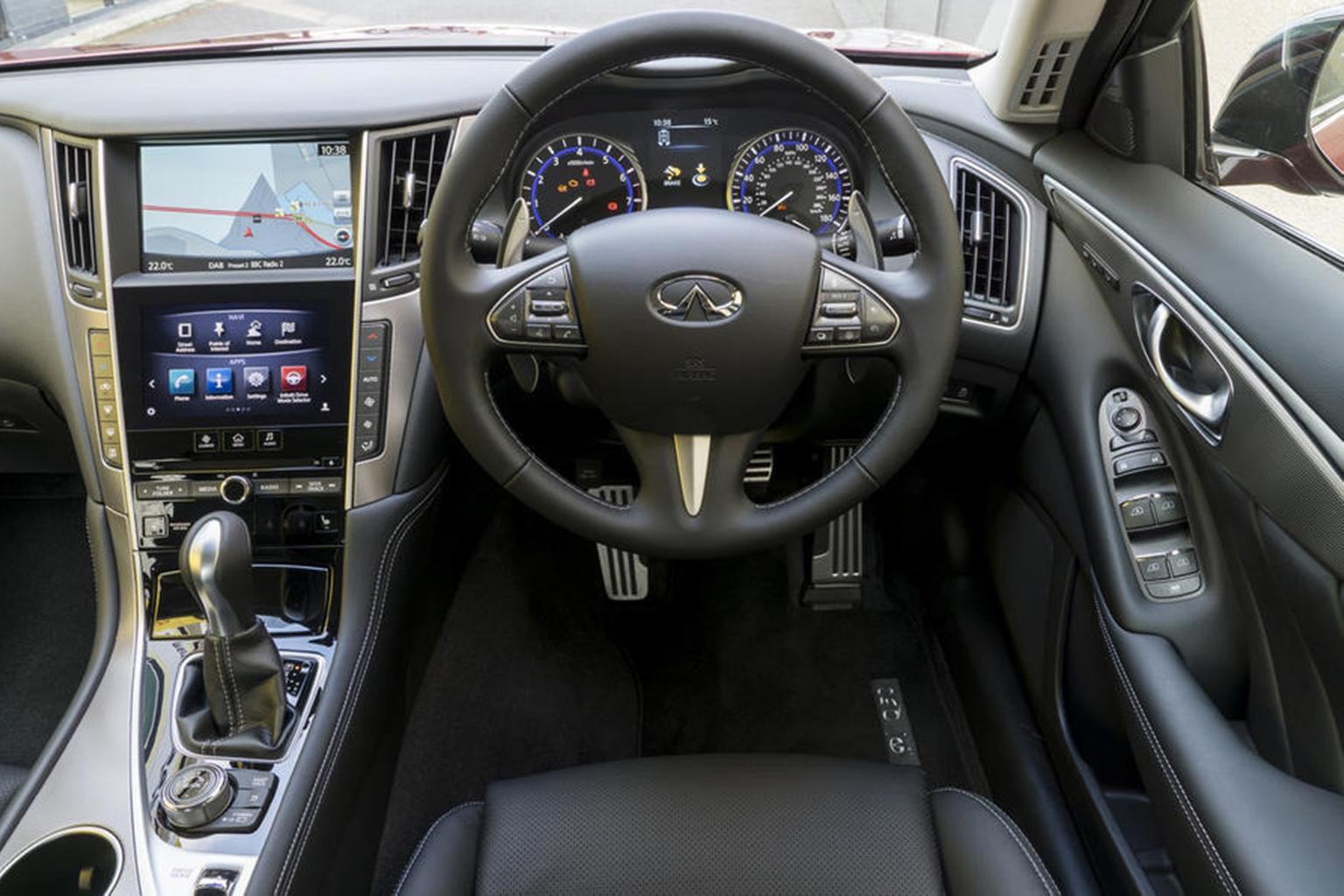 How much does it cost to run a Infiniti Q50 saloon?

Not surprisingly, the diesel is the most economical, with an average claimed fuel consumption figure of up to 65.7mpg and CO2 emissions of 114g/km in certain trims. The hybrid suffers from having a 3.5-litre V6, which provides swift performance but in some trims returns a claimed 45.6mpg, where the 2.0 petrol model claims 44.8mpg.

Tax for for all models (except the diesel) registered before April 2017 was fairly steep. Those registered after that date will be charged at a flat rate that's currently at £140 per year, unless the car's on-the-road price exceeds £40,000 (that's the case with several models in the range), in which case they’ll attract a supplementary tax on top.

The Infiniti Plus Service offers the chance to plan ahead when it comes to servicing costs, with the option to pay by direct debit.