Despite the F-Type's low roofline, you’d have to be seriously tall to find your head brushing the fabric roof, thanks to the low-mounted seats. These also move back a long way, so leg room isn’t an issue, either. The wide centre console makes the interior feel quite cosy, even though the driver and passenger actually sit quite far apart.

Stowage space is limited to a pokey glovebox and a shallow storage bin in the centre console. The latter is big enough for a wallet and a phone, but that’s about it. The door bins aren’t very deep, either, so a 500ml bottle of water is about all each can hold.

Unlike some rivals the F-Type is a two-seater, although there is some space to put stuff behind the front seats. On paper, the boot appears a decent size, but the space is wide and shallow, while the opening is narrow. Tick the box for an optional space-saver spare wheel and the boot shrinks dramatically. The Porsche 911 Cabriolet and BMW 8 Series Convertible are more versatile, due to the fact they offer rear seats (even if these aren’t particularly comfortable) and both have boots that are more usable.

At least you don’t lose any boot space when the roof is down in the F-Type; Jaguar decided against fitting a bulky folding metal roof, and has instead used a fabric hood that can be opened or closed electrically in just 12sec while you're driving at speeds of up to 30mph. 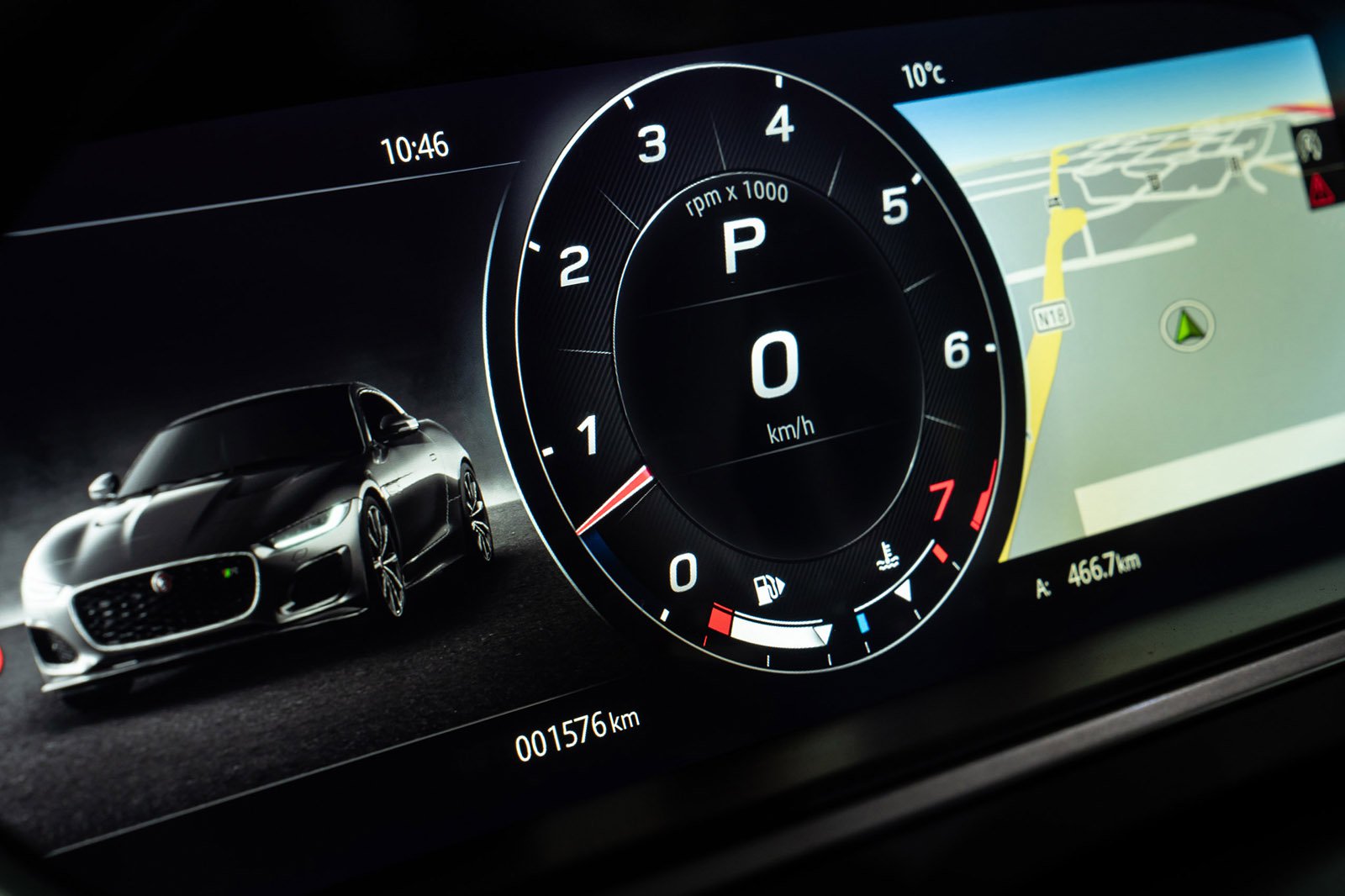