What used Jeep Grand Cherokee 4x4 will I get for my budget?

How much does it cost to run a Jeep Grand Cherokee 4x4?

Keen prices are one of the Grand Cherokee's biggest selling points. Not only is it cheaper as a new car than the X5 and Discovery, its residuals are weaker, making it an even cheaper used buy.

However, when you take into account some of the running costs - fuel economy in particular - things don't look so rosy. The Jeep returns fewer than 28mpg, meaning annual fuel bills could be hundreds of pounds more than its rivals. The 5.7 V8 is also less frugal than its major competitors, but at least insurance groups and servicing costs are par for the course for a big 4x4.

If you need unscheduled work done, you'll find labour rates at Jeep dealers are only a little above average, but you should still be prepared for a possible shock. Warranty Direct says that average bills for Jeeps are among the highest of all makes because of the time it takes to fix them. 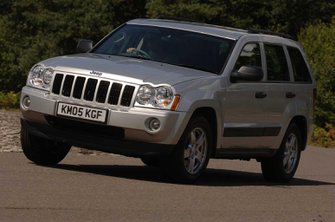