Kia is no longer the budget brand it once was, so pricing is competitive rather than ultra-cheap compared with rivals such as the Ford Focus Estate and Skoda Octavia Estate. The good news is that significant discounts tend to be available on the Ceed, so make sure you check out our New Car Buying service for the latest offers. An area where Kia has become more competitive recently is in its finance deals, with very reasonable monthly payments if you lease or take out a PCP.

The Ford Focus 1.0 Ecoboost Hybrid produces much less CO2 than the Sportswagon 1.0 T-GDi, but the diesel version of the Sportswagon is right on the money in terms of its average fuel economy and company car tax, compared with other diesels. The PHEV makes the most sense if you're a company car driver, though. Driven carefully it should net you an average of around 50mpg on a run, even when the battery has run out. If you can keep the battery charged you'll hardly use any petrol.

However, we'd be tempted to upgrade to 3 trim, which not only brings greater seating flexibility and a better infotainment system, but also dual-zone climate control, 17in alloys, faux-leather trim inserts, power-folding door mirrors, privacy glass, an auto-dimming rear-view mirror and automatic wipers.

With the exception of metallic paint, Kia doesn’t really do options, which keeps things simple but can mean an expensive upgrade if there’s a specific item that you want. 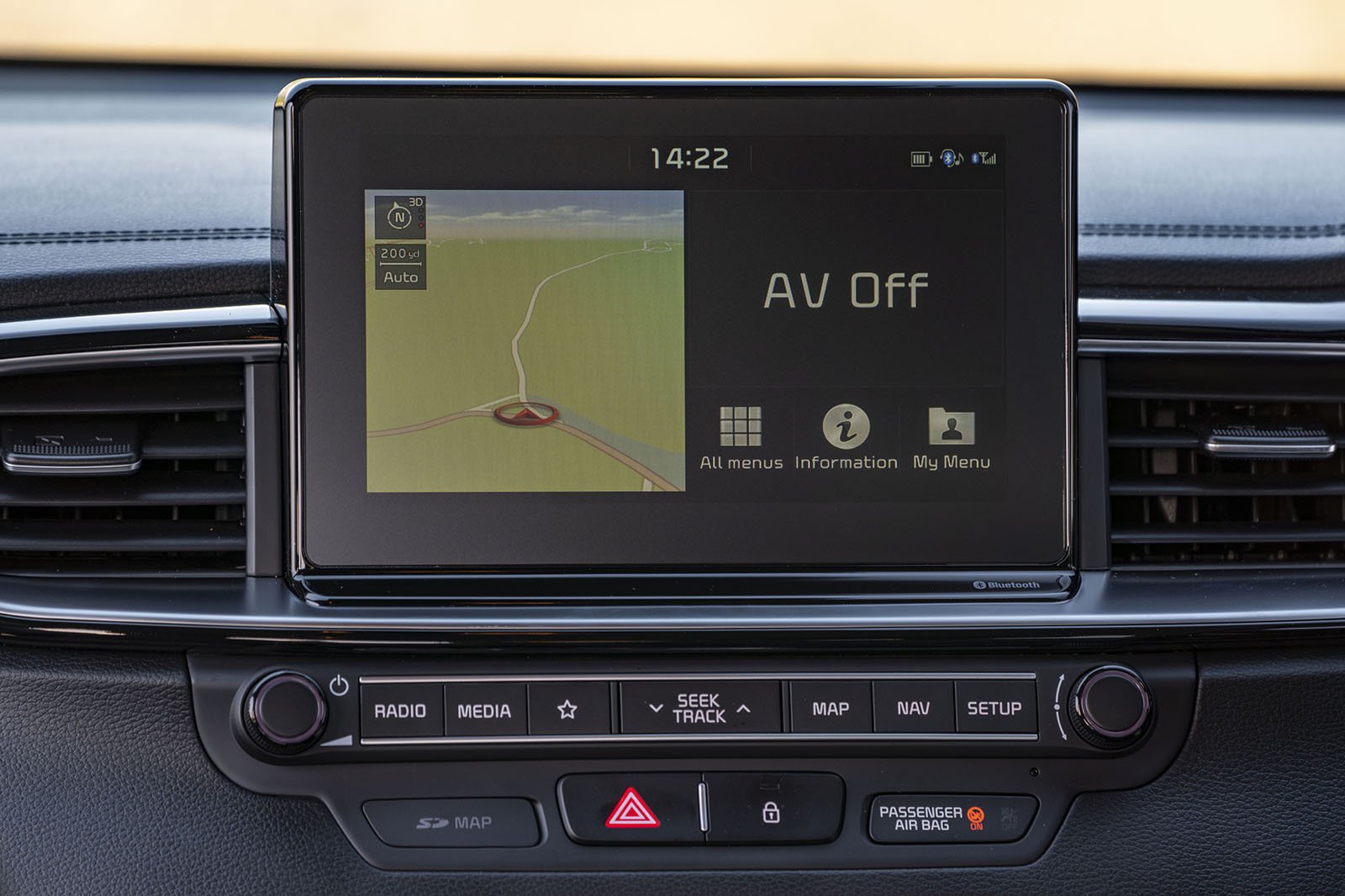 Kia has a fine record here, finishing sixth out of the 31 manufacturers in the 2019 What Car? Reliability Survey. That's behind Toyota, but better than Skoda and a long way ahead of Ford and Volkswagen.

Even if you do have a problem, Kia’s seven-year, 100,000-mile warranty is the longest currently available as standard on a new car.

Things appear quite promising if you look at the amount of safety equipment all trims receive: automatic emergency braking (AEB), lane-keeping assistance, high beam assist and a driver attention monitor. The PHEV gets an upgraded AEB system, which includes pedestrian and cyclist detection, although that's also standard on most of the Sportswagon's rivals.

However, when Euro NCAP tested the Ceed for safety it found issues: the driver’s head making contact with the steering wheel in a frontal collision, and poor protection for the front passengers' chest in the side-on crash test with a pole. As a result, it gets just four stars out of five, which is very rare in this class and indicates that the Ceed Sportswagon is less safe than many other estate cars.

On top of that security experts, Thatcham, has shown the Ceed to be relatively easy to break into and steal, despite having a standard alarm and immobiliser.